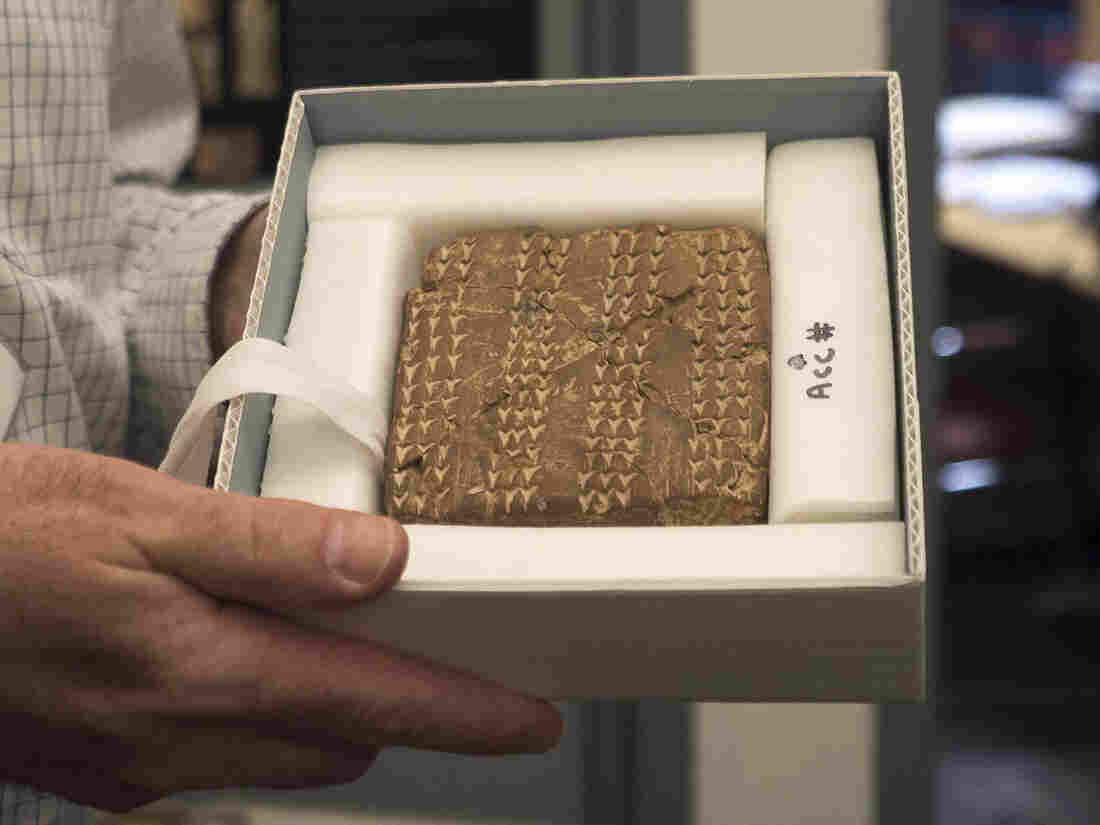 On Wednesday, the U.S. will return 3,800 ancient artifacts to Iraq. This July 2016 photo shows a tablet from southern Iraq which used by a child learning to write more than 3,600 years ago. Dake Kang/AP hide caption 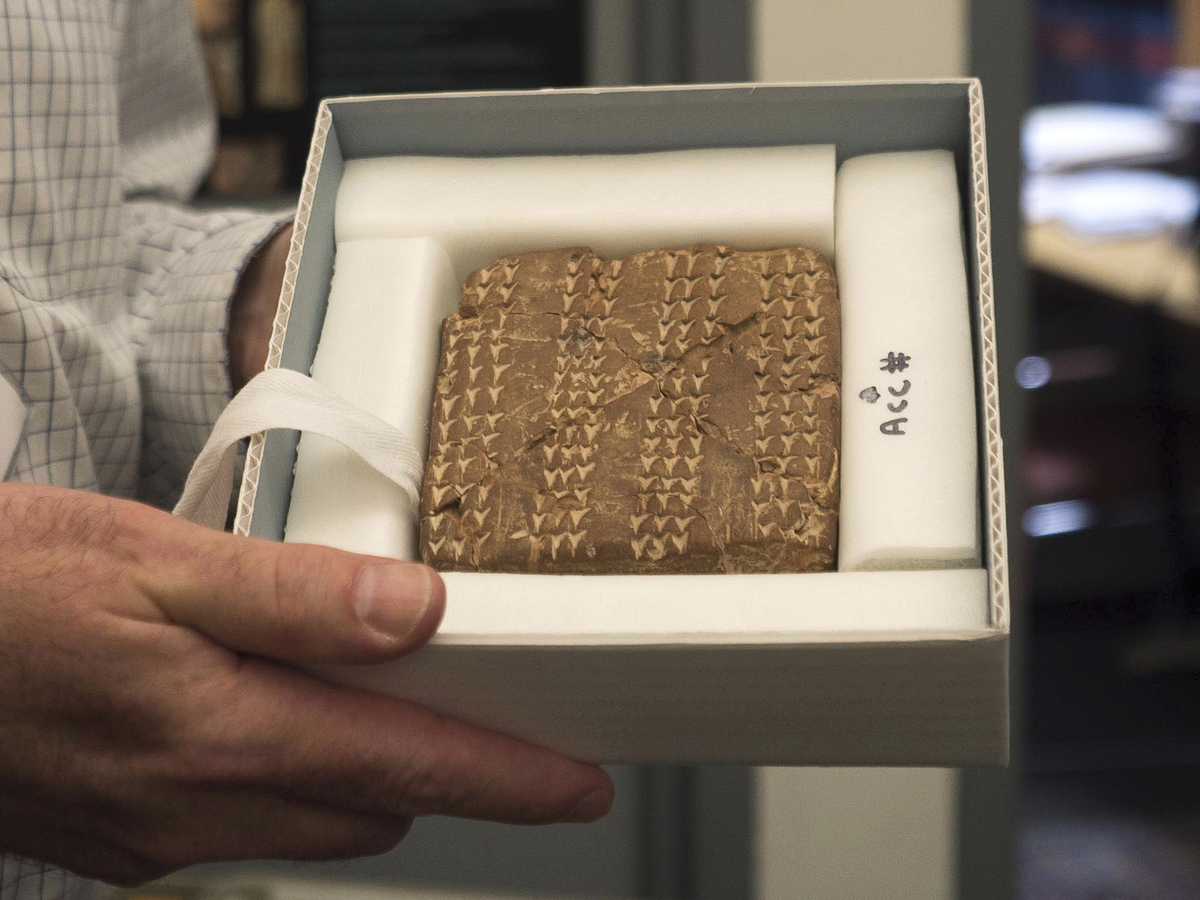 On Wednesday, the U.S. will return 3,800 ancient artifacts to Iraq. This July 2016 photo shows a tablet from southern Iraq which used by a child learning to write more than 3,600 years ago.

Nearly four thousand ill-gotten artifacts will be returned to Iraq on Wednesday, said U.S. Immigration and Customs Enforcement. The ancient objects were bought by Hobby Lobby, a national arts and crafts store. But they were smuggled into the United States in violation of federal law, according to ICE.

Hobby Lobby, the Oklahoma-based chain of retail stores, bought more than 5,500 objects from dealers in the United Arab Emirates and Israel in 2010, said the Department of Justice in a July 2017 document. The purchase was made months after the company was advised by an expert to use caution.

An “expert on cultural property law” had warned Hobby Lobby that artifacts from Iraq, including cuneiform tablets and cylinder seals, could be stolen from archaeological sites. The expert also told the company to search its collections for objects of Iraqi origin and make sure that materials were properly identified. But despite that warning, Hobby Lobby arranged to purchase thousands of antiquities – including cuneiform tablets and bricks, clay bullae and cylinder seals – for $1.6 million.

Some artifacts from the UAE bore shipping labels that falsely described them as “ceramic tiles” or “clay tiles (sample)” originating in Turkey. Other items were sent from Israel with a false declaration that they were from there.

In its statement, the Department of Justice said the “acquisition of the Artifacts was fraught with red flags.” Hobby Lobby employees did not meet the owner and dealer of the artifacts, and it wired payments to seven bank accounts held in other people’s names.

Hobby Lobby did not immediately respond to NPR’s request for comment and it is unclear whether the company knew the antiquities were smuggled.

But in July 2017 after the Justice Department filed a complaint, Hobby Lobby agreed to pay a $3 million fine and also to surrender the artifacts. “We should have exercised more oversight and carefully questioned how the acquisitions were handled,” said Hobby Lobby President Steve Green in written statement.

A museum tied to Hobby Lobby opened in Washington, D.C., last November. The Museum of the Bible, which spans 430,000 square-foot in a once-refrigerated warehouse, received $201 million in artifacts from Hobby Lobby and rents storage space in Oklahoma from the store.

Some of the Iraqi tablets come from an ancient city by the name of Irisagrig, according to ICE’s statement. They are “mostly legal and administrative documents, but also include an important collection of Early Dynastic incantations and a bilingual religious text from the Neo-Babylonian period.” Among the relics are two clay cones with royal inscriptions from the Early Dynastic Lagash II periods and tablets that trace back to 2100-1600 B.C.E.

“These pieces are very important to us and they should be returned home,” an official from the Iraqi Embassy told NPR.

The embassy said the items will likely be displayed at Iraq’s National Museum.