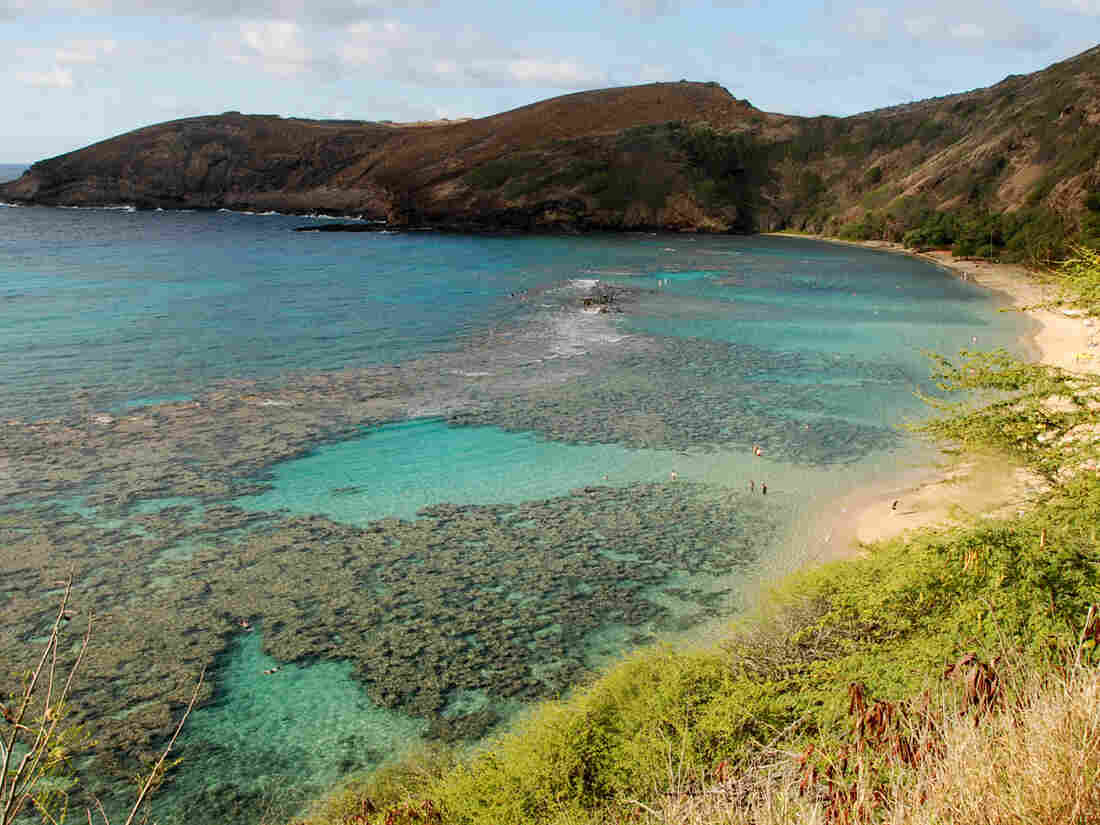 Much of the inner reef at Oahu’s Hanauma Bay is dead after decades of tourism. The state may sign a law banning over-the-counter sunscreens believed to harm coral. Caleb Jones/AP hide caption 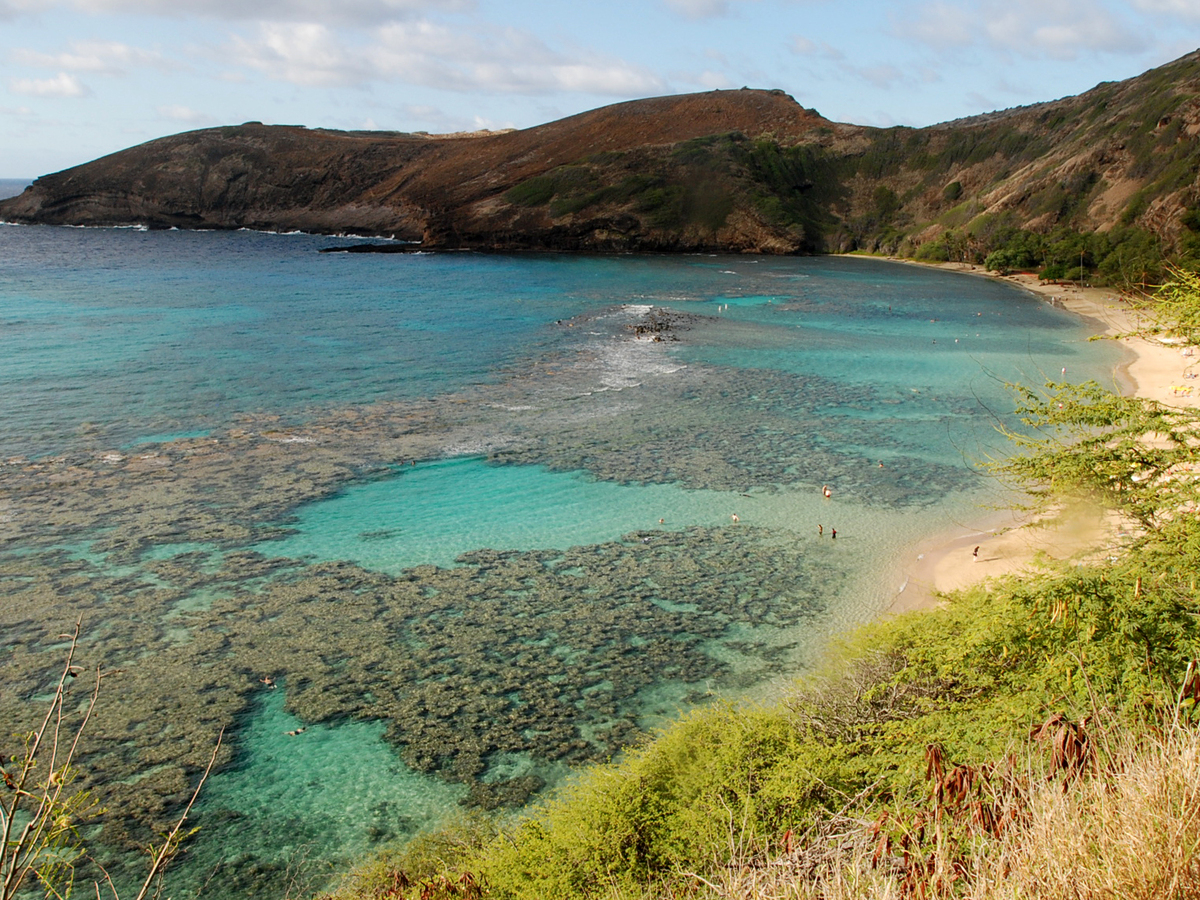 Much of the inner reef at Oahu’s Hanauma Bay is dead after decades of tourism. The state may sign a law banning over-the-counter sunscreens believed to harm coral.

Hawaii lawmakers passed a bill Tuesday that would prohibit the sale of over-the-counter sunscreens containing chemicals it says are contributing to the destruction of the state’s coral reefs and other ocean life.

If signed by Gov. David Ige, it will make Hawaii the first state in the country to pass such a law and will take effect on Jan. 1, 2021.

“Amazingly, this is a first-in-the-world law,” state Sen. Mike Gabbard, who introduced the bill, told the Honolulu Star-Advertiser. “So, Hawaii is definitely on the cutting edge by banning these dangerous chemicals in sunscreens.”

The chemicals oxybenzone and octinoxate, which are used in more than 3,500 of the world’s most popular sunscreen products, including Hawaiian Tropic, Coppertone and Banana Boat, would be prohibited.

Prescription sunscreens containing those chemicals would still be permitted.

As NPR reported, a 2015 study of coral reefs in Hawaii, the U.S. Virgin Islands and Israel determined oxybenzone “leaches the coral of its nutrients and bleaches it white. It can also disrupt the development of fish and other wildlife.” Even a small drop is enough to damage delicate corals.

At the time, researchers estimated about 14,000 tons of sunscreen lotions end up in coral reefs around the world each year.

Opposition to the ban came from sunscreen manufacturers, including Bayer, the maker of Coppertone. And the state’s major doctors group said the ban goes too far.

Bayer said there are limited, active ingredients available within the U.S. with the same proven effectiveness as oxybenzone for sunscreens over SPF 50. The Hawaii Medical Association said it wanted the issue to be studied more deeply because there was a lack of peer-reviewed evidence suggesting sunscreen is a cause of coral bleaching, and overwhelming evidence that not wearing sunscreen increases cancer rates.

Meanwhile, awareness campaigns about the damage caused by commercial sunscreen has spurred the growth of Hawaiian-made natural products, reported Outside.

Many Hawaiian businesses are not waiting for the governor to sign the law. They have begun implementing their own bans. “Nonprofits, athletes, and hotels in Hawaii are starting to create their own regulations for what can and can’t be used,” said Caroline Duell, founder of the Safe Sunscreen Council and owner of a natural-sunscreen company.