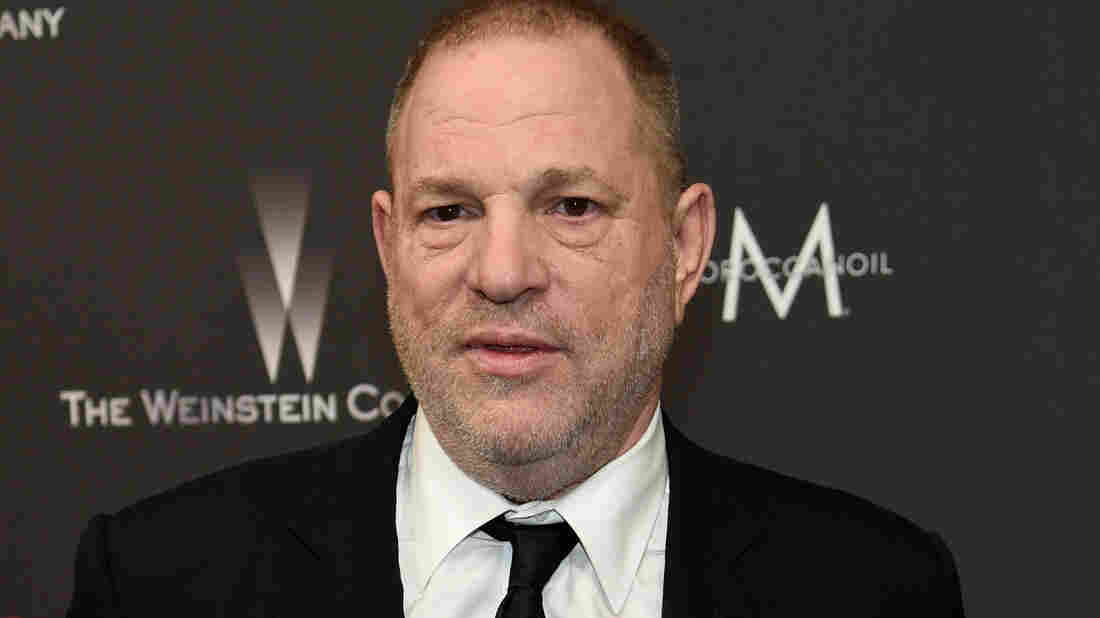 Harvey Weinstein arrives at The Weinstein Company and Netflix after party in Beverly Hills, Calif., after January’s Golden Globes. The disgraced movie mogul is expected to turn himself in Friday morning in New York. Chris Pizzello/Invision/AP hide caption 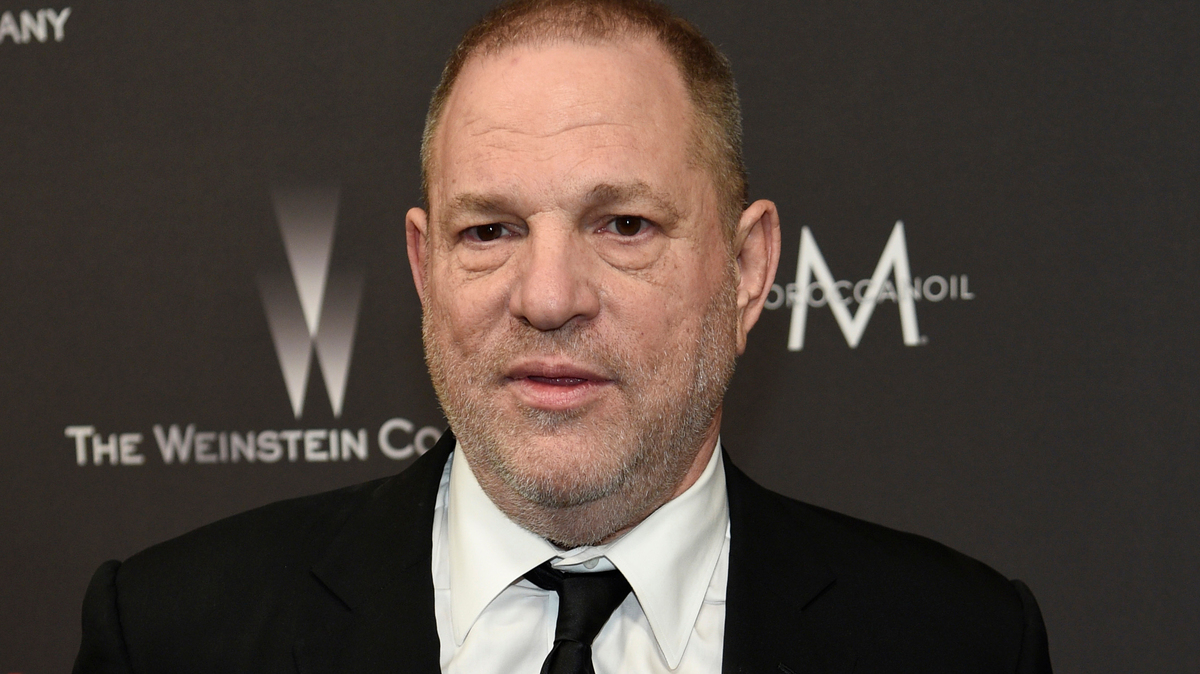 Harvey Weinstein arrives at The Weinstein Company and Netflix after party in Beverly Hills, Calif., after January’s Golden Globes. The disgraced movie mogul is expected to turn himself in Friday morning in New York.

He’s expected to turn himself in around 8 a.m. to be arrested on charges of rape and sexual assault, reporter Benjamin Mueller of The New York Times told NPR’s All Things Considered.

The sexual assault incident stems from a 2004 meeting with actress Lucia Evans, who alleges that the movie producer forced her to perform oral sex on him, Mueller said.

Allegations against Weinstein, long whispered in the industry, first came to public light in October, when a New York Times story reported that he had sexual harassed female assistants, executives and actresses for decades, settling legal complaints made by at least eight women.

The mogul was one of the most powerful men in Hollywood, NPR’s Ted Robbins reported at the time.

He co-founded Miramax, which has produced such Academy Award-winning films as Pulp Fiction, Chicago, The English Patient and Shakespeare in Love. He and his brother, Bob, head The Weinstein Co. Along with movies, the Weinsteins have produced a number of Tony Award-winning shows on Broadway.

His fall led to the collapse of his company — which declared bankruptcy and earlier this month sold itself to a private equity firm — gave rise to the #MeToo movement and brought to light allegations against dozens of powerful men in Hollywood and other industries, including high-level editors at NPR.

Weinstein had been on the radar of authorities for several years. The Times‘ Mueller noted a 2015 undercover sting operation launched by New York District Attorney Cyrus Vance Jr. and New York police, in which the producer was recorded admitting to groping an Italian actress. In Oct. 2017, after numerous actresses publicly detailed their encounters with Weinstein, Vance said that prosecutors in his office had felt the 2015 tape hadn’t been enough evidence to charge Weinstein.

“This time around he’s interviewed dozens of witnesses in New York and in other states, issued hundreds of subpoenas,” Mueller says. “And the investigation is not over — there’s still a grand jury that will be looking into financial crimes and other crimes related to his conduct over the years.”

Weinsteins’ decision to turn himself in was preceded by extensive discussions between his lawyers and prosecutors, Mueller says.

“[His lawyers] have already negotiated a bail package,” he said. “He’ll put up a million dollars in cash and agree to wear a monitoring device, according to law enforcement officials. His travel is going to be restricted — he’ll surrender his passport.”