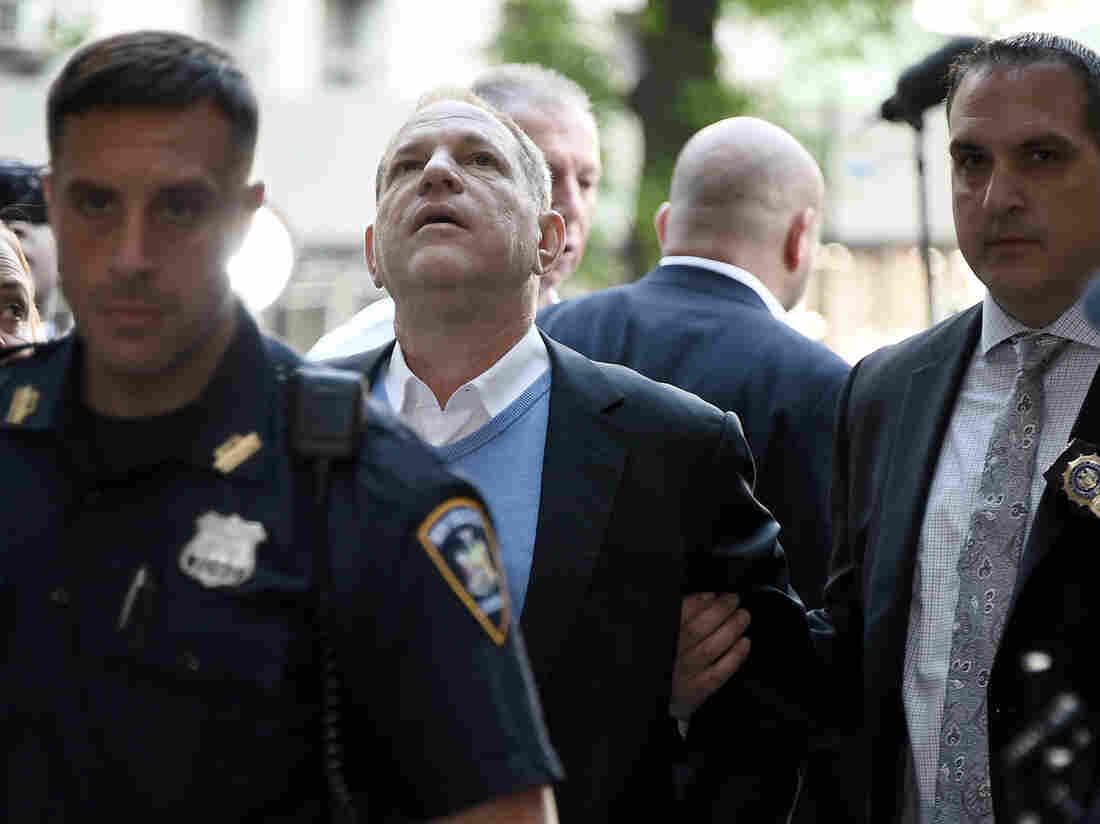 Law enforcement officers usher a handcuffed Harvey Weinstein into the courthouse for his arraignment in Manhattan on Friday. Steven Ferdman/Getty Images hide caption 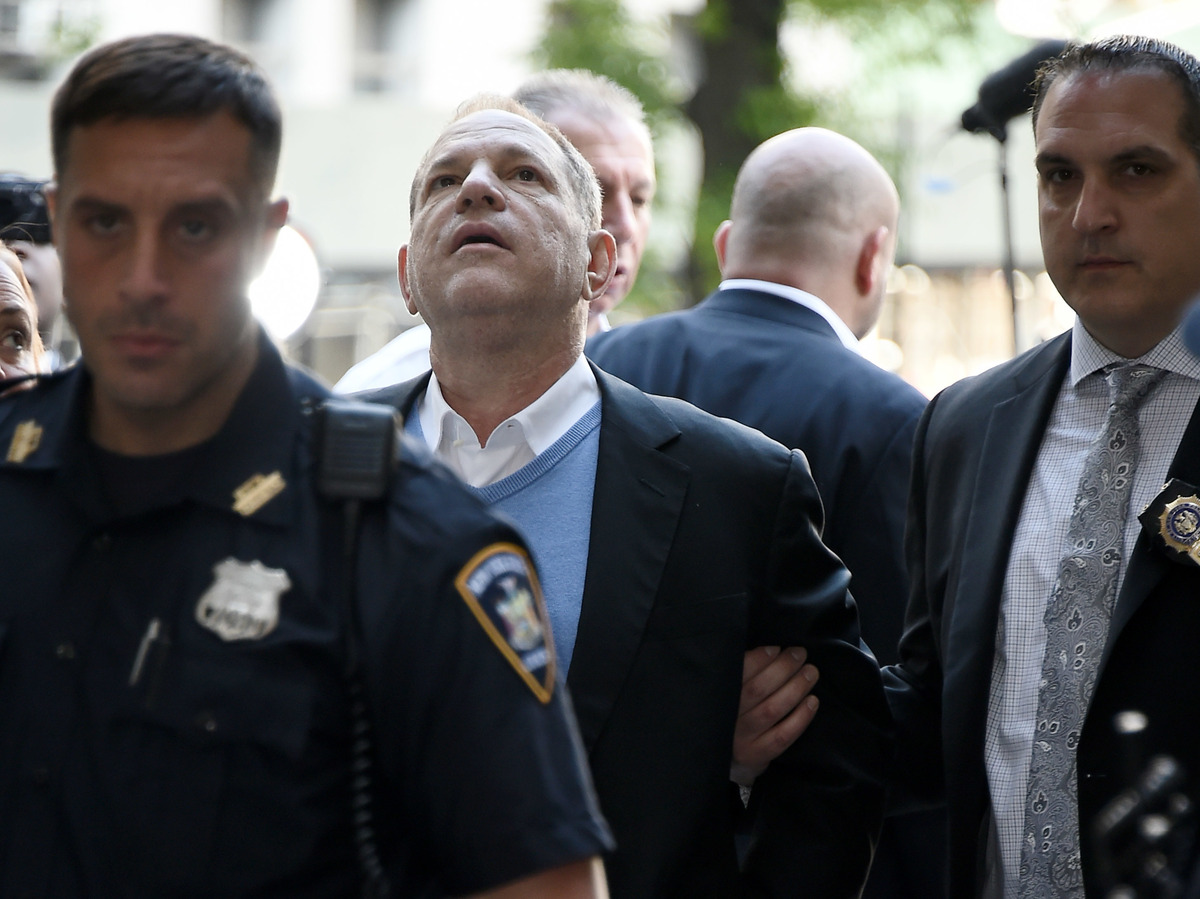 Law enforcement officers usher a handcuffed Harvey Weinstein into the courthouse for his arraignment in Manhattan on Friday.

Harvey Weinstein surrendered Friday to authorities at a police station in New York City, where the Hollywood megaproducer has been charged with rape and sexual misconduct.

Weinstein arrived early in the morning at the New York Police Department’s 1st Precinct in Lower Manhattan, ushered into the station by law enforcement officers as members of the media crowded behind metal barriers erected outside. He kept his gaze lowered while shuffling past a barrage of shouted questions.

Once inside, Weinstein was charged with one count each of first- and third-degree rape, as well as first-degree criminal sex act. The felony charges concern “forcible sexual acts against two women in 2013 and 2004, respectively,” the Manhattan district attorney’s office announced Friday.

“Today’s charges reflect significant progress in this active, ongoing investigation,” District Attorney Cyrus Vance said in a statement. “I thank the brave survivors who have come forward, and my Office’s prosecutors who have worked tirelessly on this investigation.”

Officers later escorted Weinstein from the police station to a courtroom, where he entered wearing handcuffs for arraignment. There, a judge set bail at $1 million cash or $10 million bond and assigned Weinstein to wear a monitoring device that he must pay for himself.

After the arraignment, his lawyer, Benjamin Brafman, announced that Weinstein intends to plead not guilty. Weinstein has previously denied wrongdoing, asserting that he believes any sexual encounters he engaged in were consensual. 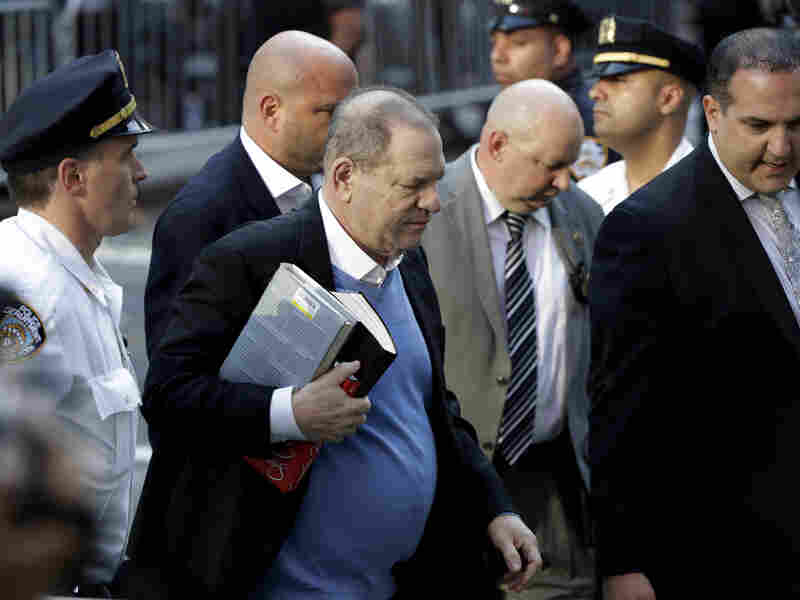 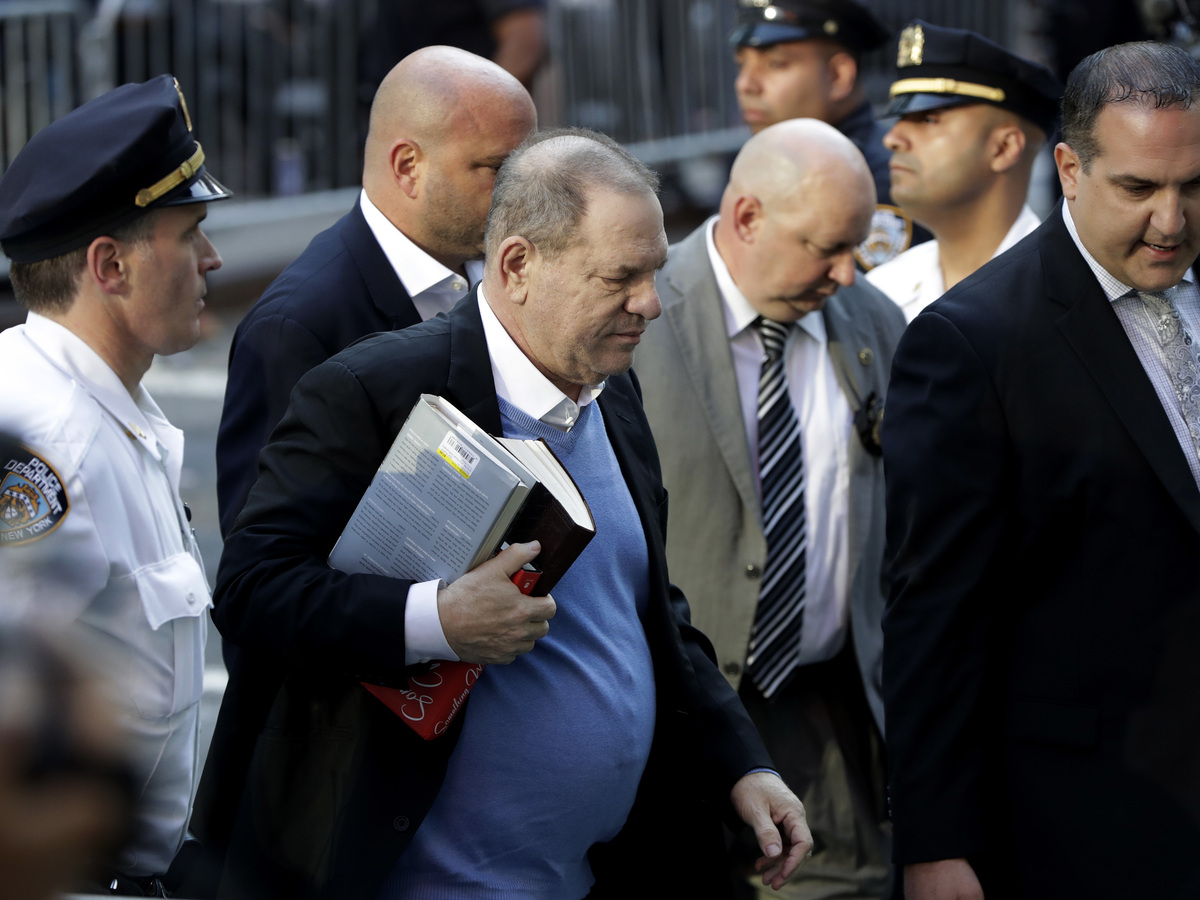 Harvey Weinstein, seen earlier Friday morning, walks into the Manhattan police station flanked by law enforcement and surrounded by members of the media.

Once one of the most powerful men in the film industry, Weinstein had long been rumored to have engaged in sexual misconduct — but it was not until reports in The New York Times and The New Yorker surfaced decades’ worth of sexual assault and harassment allegations that the producer experienced his precipitate fall from grace last autumn.

According to the Times‘ Ben Mueller, one of the two women cited in the charges is actress Lucia Evans, who told her story to journalist Ronan Farrow in The New Yorker last year. Evans alleged that in 2004, Weinstein forced her to perform oral sex on him after luring her into an encounter under false pretenses.

Evans’ allegations added to those of dozens of other women, who claimed that Weinstein had engaged in a vast range of sexual misconduct dating back nearly four decades, ranging from inappropriate touching to incidents of rape.

And when women or journalists threatened to publicize these claims, Weinstein allegedly sought to pay for their silence or intimidate them with threats and even a reported “army of spies” to press for their silence.

The claims against Weinstein helped catalyze a worldwide movement that came to be known by the social media hashtag #MeToo. Since Evans and others came forward, scores of women have shared their own stories of suffering sexual assault and harassment — stories that have implicated powerful men in Hollywood and beyond, from media and literature to politics and music.

Weinstein, for his part, was fired by the board of the film studio he founded with his brother, Bob, not long after the initial reports were published last October. The Weinstein Co. filed for Chapter 11 bankruptcy in March and, after a winding path through the courts, received permission earlier this month to sell its assets to a private equity firm.

Since the claims surfaced last fall, Harvey Weinstein himself has been investigated by police in several different cities in addition to New York, has been sued for sexual harassment and defamation, and has been expelled from the Academy of Motion Pictures Arts and Sciences.