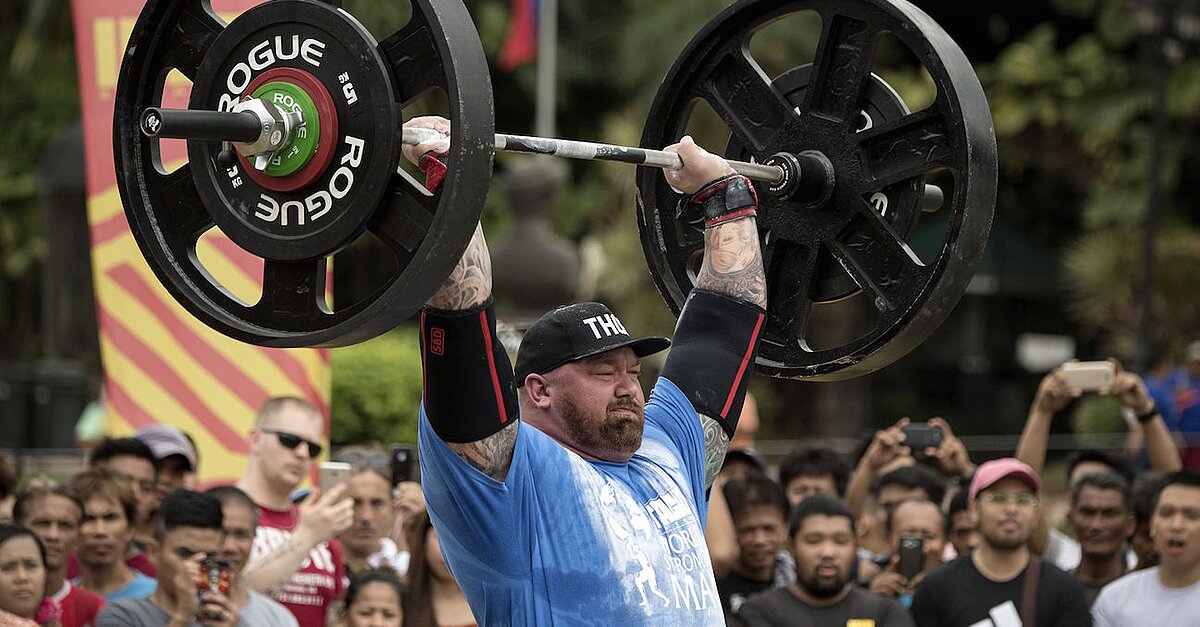 The enormous Icelandic man best known for his role as Gregor “The Mountain” Clegane on the HBO hit Game of Thrones won the World’s Strongest Man competition on Sunday in the Philippines.

Bjornsson, 29, really is a mountain of a man, standing 6’9″ and weighing in excess of 400 (very muscular) pounds. He was a basketball player until an ankle injury forced him into early retirement, at which point he turned his attention to strongman competitions and set out to become the world’s strongest man.

Bjornsson was in first place after the first round of events on Saturday, winning the car deadlift and also won the loading race on Sunday while placing well enough in the truck pull and atlas stones to take home the title.