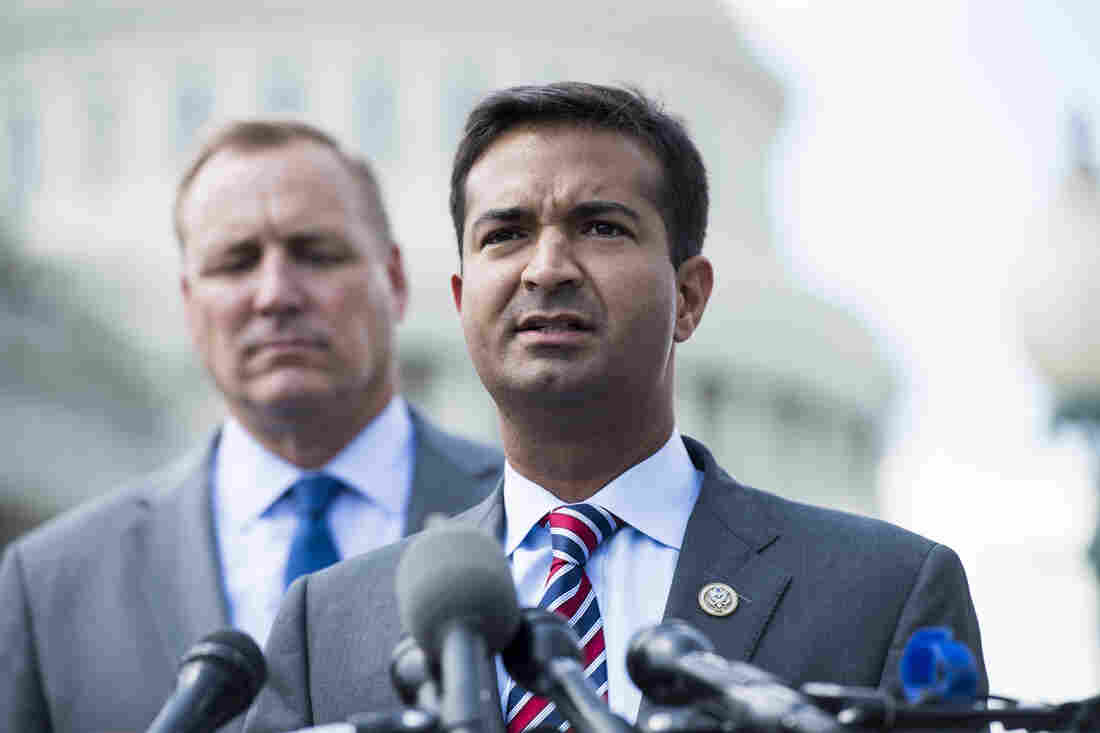 U.S. Rep. Carlos Curbelo, R-Fla., holds a news conference on immigration reform at the Capitol on May 9, 2018. Curbelo is seeking to circumvent Republican leaders to bring an immigration bill to the House floor. Bill Clark/CQ-Roll Call,Inc. hide caption 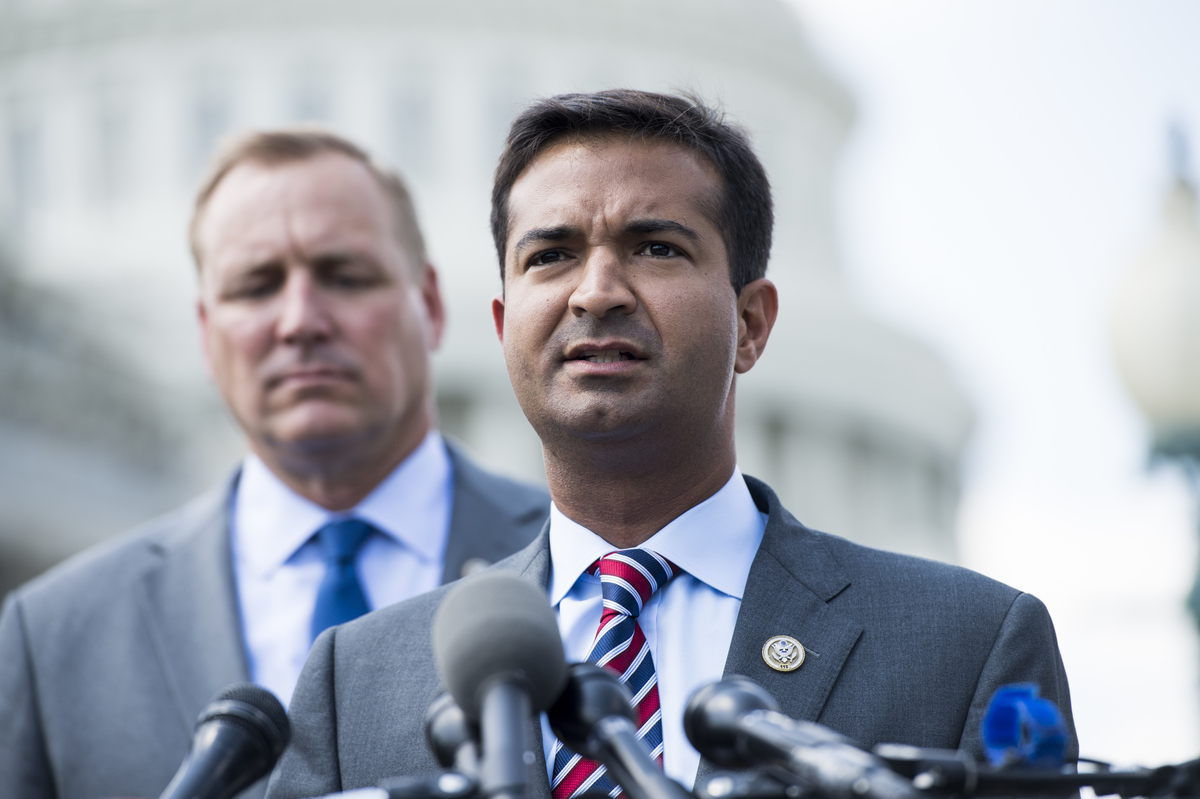 U.S. Rep. Carlos Curbelo, R-Fla., holds a news conference on immigration reform at the Capitol on May 9, 2018. Curbelo is seeking to circumvent Republican leaders to bring an immigration bill to the House floor.

A small group of House Republicans began gathering support Wednesday for a plan to force votes on immigration legislation as early as this summer, despite protests from party leaders.

The long-shot legislative maneuver, known as a discharge petition, requires that they convince at least 218 House members to sign a petition to overrule House Speaker Paul Ryan and other GOP leaders and compel votes on at least four immigration bills. The effort is a rare act of defiance of party leaders who are eager to avoid an ugly showdown over immigration ahead of the election in November.

Supporters of the petition say they are tired of waiting for leaders to act on immigration and they are willing to resort to unusual steps to get their way. Florida Republican Carlos Curbelo told reporters Wednesday that he’s been clear with leaders along the way that he wants to empower lawmakers.

“We believe this institution needs to act, immigration has paralyzed the institution for too long,” Curbello said. “We don’t view this as anyway undermining House leaders.”

The Senate attempted to take up immigration in February but failed to advance any bills after a week of debate.

Trump announced last year that he planned to revoke protections for roughly 700,000 of those immigrants who filed for protection under the Deferred Action for Childhood Arrivals program. Courts have so far blocked him from following through but lawmakers say they want to step in and give immigrants certainty as soon as possible.

Curbello said the plan is to allow votes on up to four bills. The first would be a moderate proposal that would include DACA protections and some bipartisan border security measures. The second bill would be a conservative measure drafted by Virginia Republican Bob Goodlatte to crack down on illegal immigration and place new limits on legal immigration. The other two options are still poorly defined but at least one would be a bill crafted by GOP leaders and sponsored by Ryan.

It is rare for leaders to back a process that evades their control of the House floor. House Majority Leader Kevin McCarthy, R-Calif., told reporters Wednesday that he “doesn’t like discharge petitions” but declined to answer when asked if he was formally working to convince members not to sign the immigration petition.

“We continue to work with our members to find a solution that can both pass the House and get the president’s signature,” Strong said in a statement

The measure is gaining steam despite leadership objections.

The discharge petition was filed Wednesday morning with seven signatures. The number more than doubled to 17 by mid-afternoon. Sponsors said they expect all 193 Democrats will eventually join them—meaning the effort could be less than 10 votes short of success.

“Every member should be for this discharge petition and this process,” Curbello said.

It isn’t rare for members to file discharge petitions, what’s rare is when the petitions succeed. Members have only successfully forced votes twice in the past 20 years on major legislation: the McCain-Feingold campaign reform bill in 2001 and a 2015 measure to reinstate the Export-Import bank.

The unconventional plan has been in the works for several months but it rapidly gained support in April after Ryan announced that he plans to retire at the end of the year. Ryan had been pushing members to focus on crafting an immigration bill that Trump could support.

Forcing votes on immigration could be politically risky for Republicans who have struggled to find a unified message on immigration. A vote this summer could re-expose fissures within the party over protecting DACA recipients and and deep disagreements with Trump over his demands for a wall along the border with Mexico.

Trump has said he won’t sign new immigration protections without funding for the wall and greater border security. So far Congress has failed to come up with any legislation that would satisfy those demands while still getting the necessary votes from moderates in the House and Democrats in the Senate, where bipartisan support is needed to avoid a filibuster.

But supporting immigration is also good politics for some Republicans.

Utah Republican Mia Love, one of dozens of House Republicans facing a serious challenge in November, said she backs the petition precisely because it would give every a member of Congress to go on record on immigration.