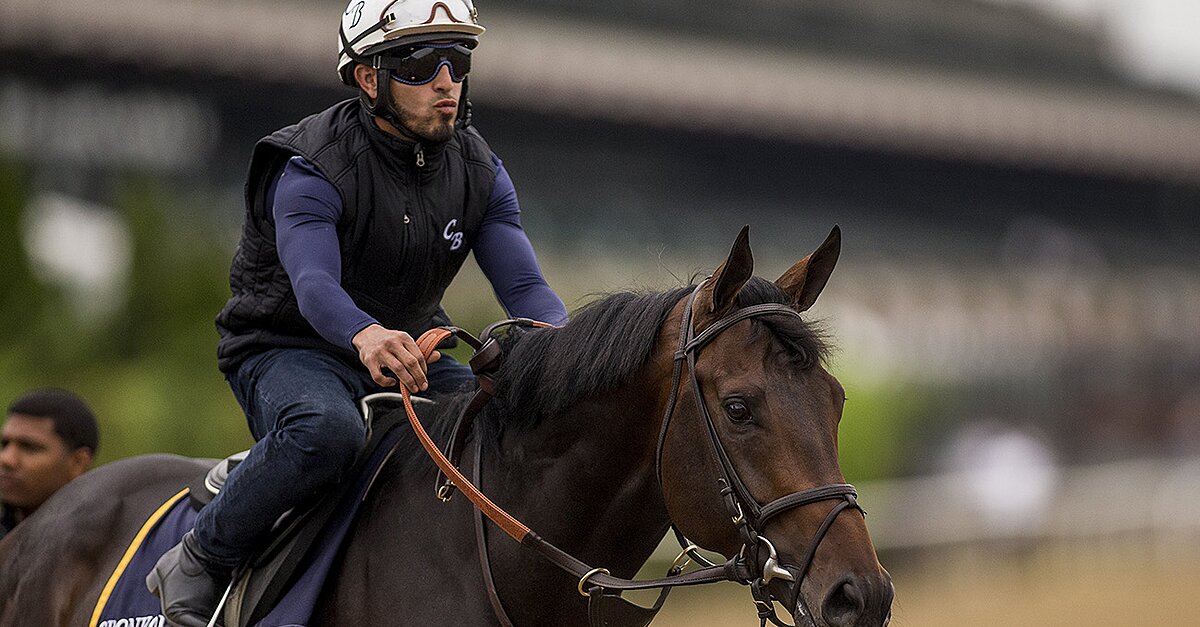 Gronkowski (the horse) finished second after being in last place early in the race.

Justify made history with his Belmont Stakes win by becoming only the 13th horse to win the Triple Crown. But one of the biggest surprises of the race came when Gronkowski (the horse) finished in second place.

Yes, that’s right. There’s a horse named after Patriots tight end Rob Gronkowski. He found out about his namesake around a year ago and became a part owner of the horse. Gronk even traveled to Belmont Park to watch Gronkowski race.

Justify led during the entire race, but Gronkoski miraculously finished in second place after being dead last early in the race. You better believe the jokes on Twitter were rolling.

Justify was the morning line favorite to win the Belmont Stakes. Gronkowski entered the race at 12-1 odds.