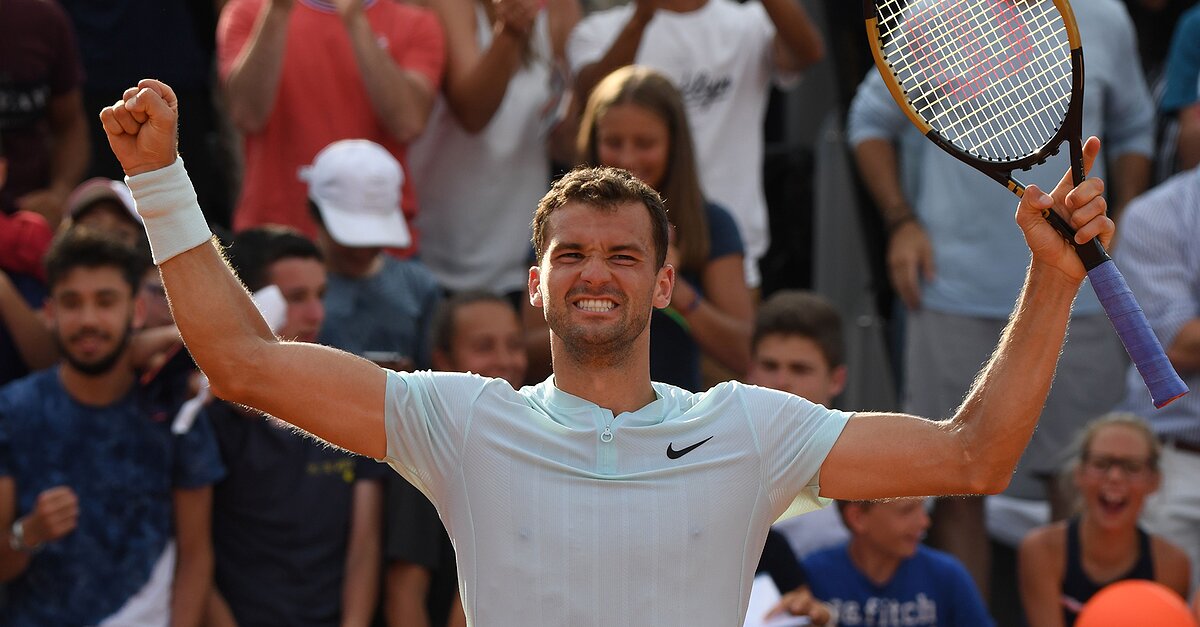 No. 4 Grigor Dimitrov twice trailed Jared Donaldson by a set, but the Bulgarian outlasted the young American to advance to the third round.

PARIS (AP) – A young American man trying an underhanded serve while cramping during a five-setter at the French Open. Hmmmm. Seen that before, haven’t we? Except, unlike for 1989 champion Michael Chang, the unusual strategy didn’t help result in a victory for Jared Donaldson against Grigor Dimitrov.

When it ended, Dimitrov leaned forward while raising each knee to give it a kiss – perhaps thanking his legs for carrying him to the win while Donaldson’s gave way.

Donaldson, who is ranked 57th, was actually two points from winning when he led 6-5 in the fifth and got to love-30 on Dimitrov’s serve. But Dimitrov took the next four points to hold for 6-all.

Dimitrov broke to lead 8-7 and served for the victory, but Donaldson broke right back.

In the next game, though, Donaldson could barely stand, let alone move well.

He double-faulted. Then he tried an underhand serve – not his first of the match, either – and lost the point.

Dimitrov hit a winner to break for a 9-8 edge, Donaldson slowly limped to the sideline for the changeover, and soon enough, it was over.

Chang famously used an underhand service motion while cramping during a fourth-round win against Ivan Lendl on the way to the French Open title 29 years ago.