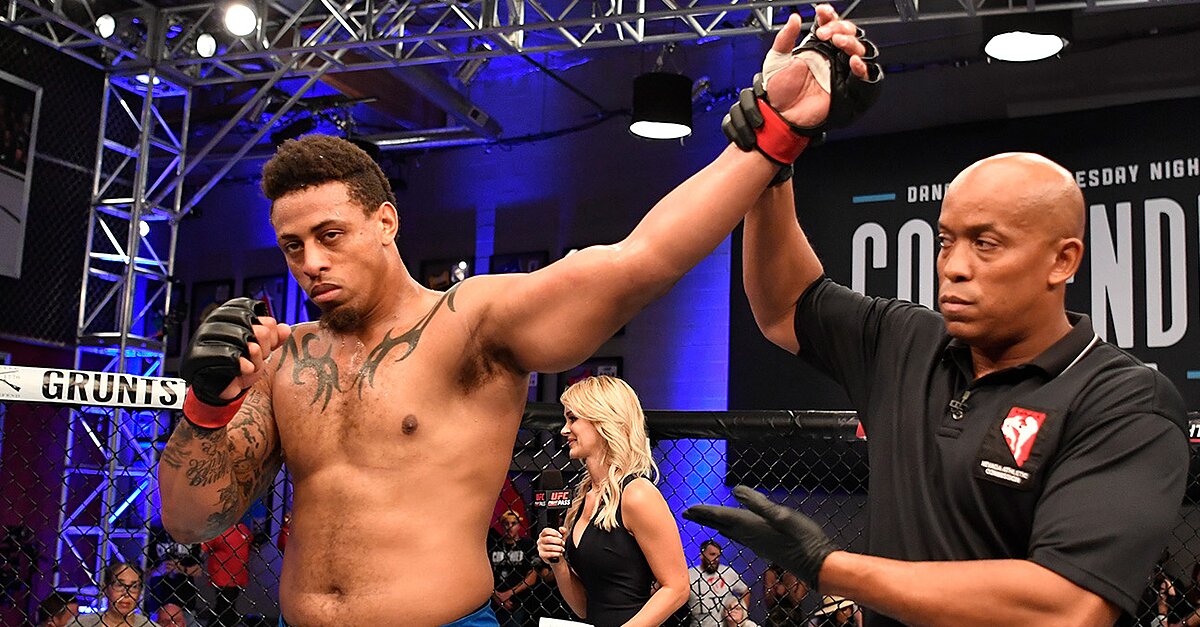 Hardy signed a developmental contract, so he can progress at his own pace in UFC.

Lane is also a former NFL player, and the two were at the NFL combine together in 2010.

“I’m ready for the big show,” Hardy said after, according to MMAJunkie.com. “I love the opportunity. I train at the best gym in the world, and I have full confidence and faith that those guys are there to get me ready for whatever comes next.”

The 29-year-old Hardy knocked out Lane in 57 seconds after dropping him to his knee with a right hand and then following up with a left-hook.

Hardy, who was suspended for 10 games in 2014 for assaulting his girlfriend, has not played in the league since the 2015 season and won his amateur fighting debut with a first-round knockout last November.

He played for the Panthers and Cowboys in the league.