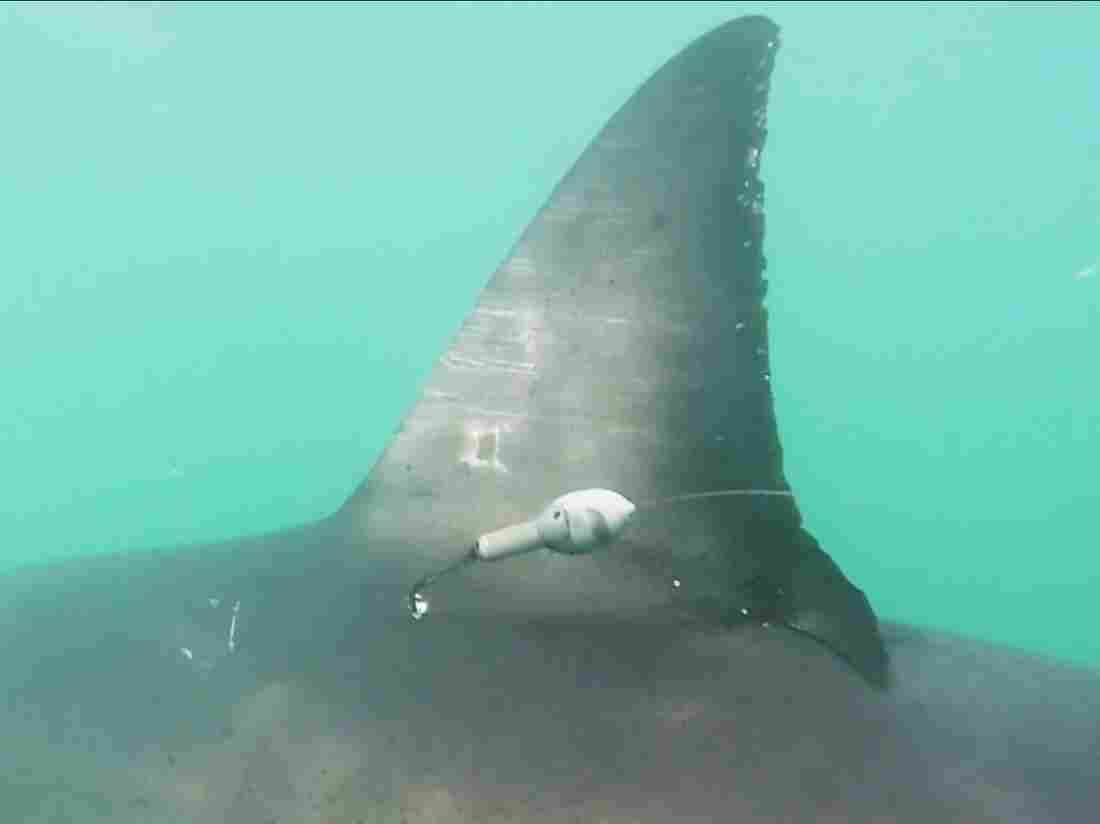 The scientists tagged great white sharks during the fall and hoped they would arrive in the offshore area during their visit. Courtesy Stanford University — Block Lab Hopkins Marine Station hide caption 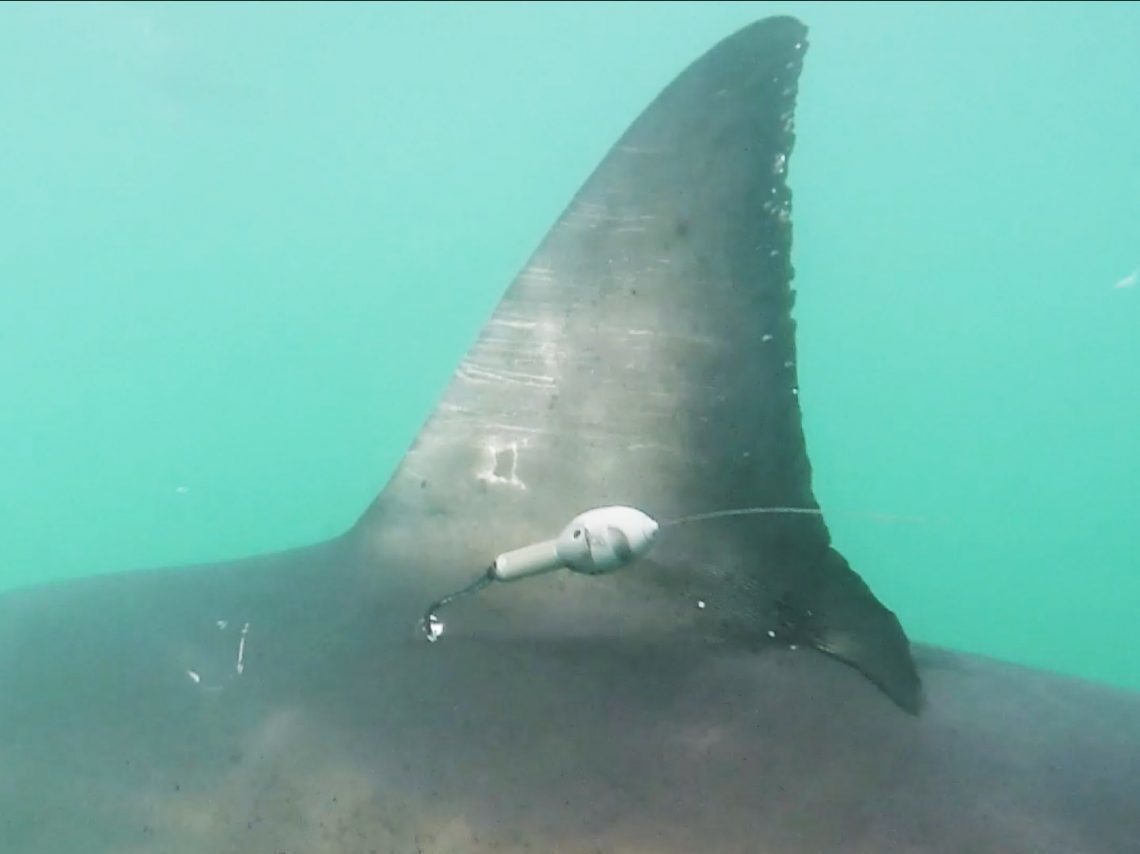 The scientists tagged great white sharks during the fall and hoped they would arrive in the offshore area during their visit.

Great white sharks have a “hidden life” that’s becoming a lot less hidden thanks to a scientific expedition years in the making.

Scientists used to think the apex predators moved up and down the western coast of North America, snacking in waters with lots of food close to shore. Almost 20 years ago, Stanford marine biologist Barbara Block started putting tags on the sharks that could track their movements.

She and other researchers noticed something surprising — the tags showed that the sharks were moving away from these food-rich waters, heading more than a thousand miles off the coast of Baja California in Mexico.

Satellite images suggested the area was an ocean desert, a place with very little life.

The mystery of what was drawing the sharks to this strange place set new research into motion. What were the sharks doing out there?

“We wanted to know if there was a hidden oasis that was formed by the currents that we couldn’t see from space,” Block said.

To find out, the scientists tagged over 30 great white sharks last fall — more than they’d ever done in a single season. Some of these animals they’ve gotten to know already from years of research. They’ve even given them names. Like Eugene, Tilden and Leona.

Then this spring, the research team set off on a state-of-the-art ship called the R/V Falkor toward the mysterious area, hoping to find the sharks they tagged.

“There’s a lot of expectation when you put technology on an animal and then you take an expensive ship like the Falkor with 40 people to a box in the middle of the ocean and expect that these white sharks are going to be there,” Block said, speaking from the ship.

Sure enough, the animals were indeed swimming to this remote place, which the researchers have nicknamed the White Shark Cafe. “Just as we predicted, the sharks showed up right in the cruise box,” Block added.

The tags were programmed to pop off and float to the surface right when the Falkor was there. Each tag that reached the surface gave off a signal — and kicked off what Block called an “open-ocean treasure hunt,” as the team tried to find something the size of a small microphone in an area about the size of Colorado. These sophisticated tags record temperature, pressure, light and time.

“We doubled our current 20-year data set in three weeks,” Block said. The tags have 2,500 days of data at one to three second intervals, where researchers can see how the white sharks move up and down through the water with unprecedented detail. 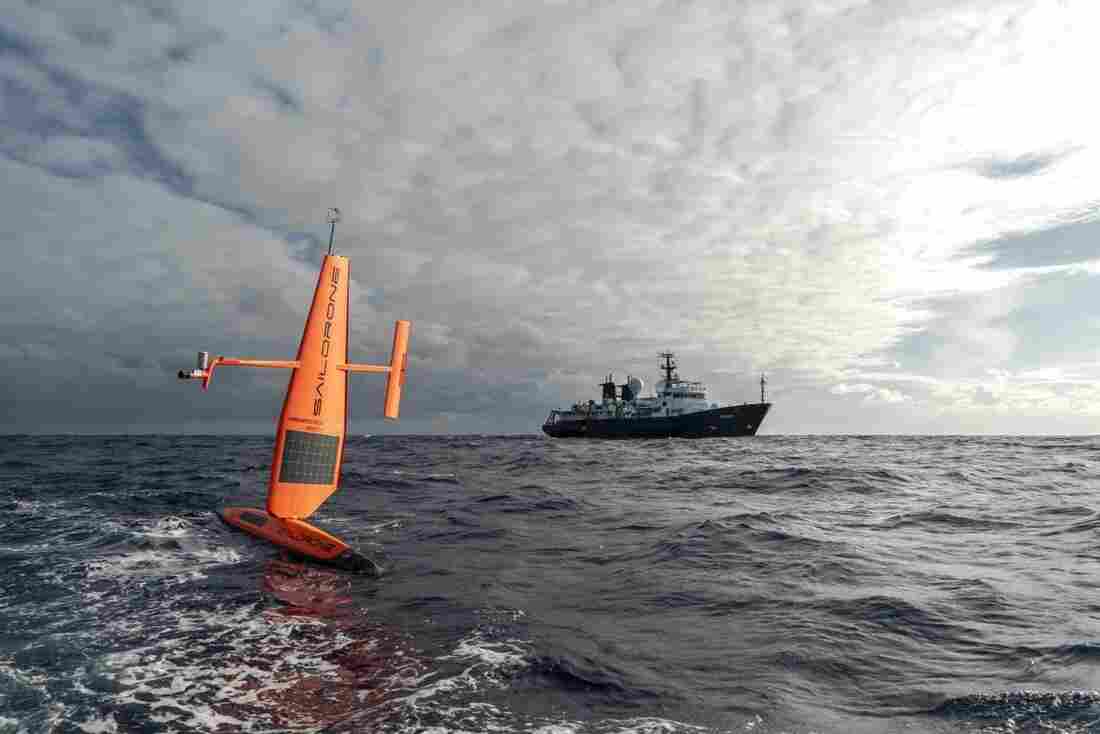 In early March, two months before Falkor departed for the same mission, two saildrones were deployed from San Francisco. They have been transmitting data in real-time, listening for the acoustic tags that researchers attached to great white sharks, while also using sonar to detect other creatures deep under the surface. SOI/Monika Naranjo Gonzalez hide caption

The scientists will need time to parse all of this new information, including new mysteries like one about why male and female sharks move differently through the water. The males move up and down rapidly — sometimes 120 times a day. Females will go up to the shallow water at night, then down much deeper in the day.

“The male white shark and the female white shark are doing completely different things, and that’s not something we’ve seen so much before,” Block said. “We have to spend some time studying these behaviors to try to understand if this is courtship behavior or is this really a feeding or foraging behavior.”

And after the tags popped up, the scientists used a whole range of techniques to learn about the water nearby. They had a couple of saildrones, which are surface vehicles that can locate plankton and fish. They also gathered DNA from the water to figure out what’s moving down there, and they observed creatures using a remotely operated underwater vehicle and by pulling them up in nets.

“We expected it to be the desert that the textbooks sort of advertised it would be,” said Bruce Robison, a senior scientist at the Monterey Bay Aquarium Research Institute.

But this was no desert.

A layer of nutrient-rich plant life exists deeper under the ocean than satellites could detect. Tiny creatures feed on it, and larger creatures feed on them. And up and up. It represents “a complete food chain, a ladder of consumption, that made us believe that there was an adequate food supply out here for big animals like tunas and the sharks,” Robison said. 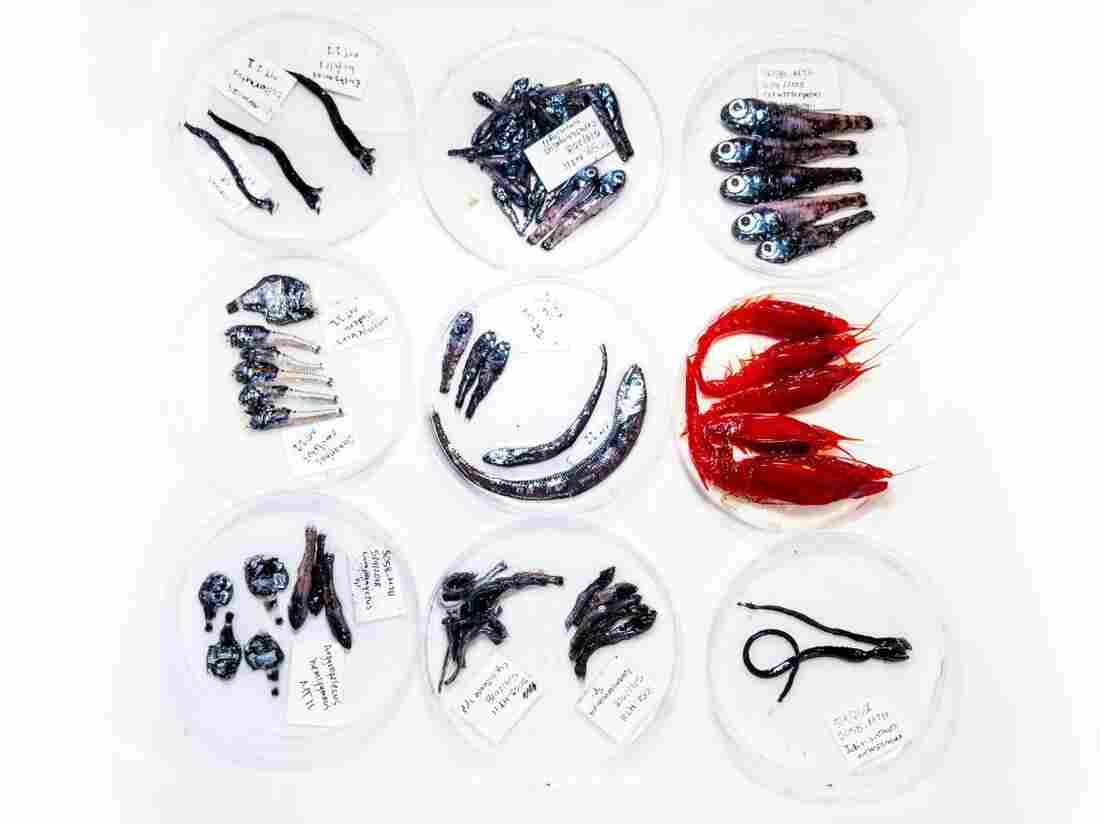 Robison was surprised by how diverse the area was, with animals such as fish, squids, crustaceans and jellyfish. They’d see totally different patterns of life in sites just a few miles away from each other, an indication of the area’s complexity.

The fact that scientists didn’t even know this area existed until sharks led them there speaks to how much we still don’t know about the ocean. In fact, according to NOAA’s National Ocean Service, humans have explored just 5 percent of it.

“People don’t really get is why it’s like that — it’s because it’s really hard to do,” Block said. She added that there could be more ocean hot spots out there that scientists are not yet aware of.

And Robison said all the information they gathered could help build a case for why the White Shark Cafe should be officially protected by the U.N. cultural agency. UNESCO is considering recognizing and protecting it by making it a World Heritage Site.