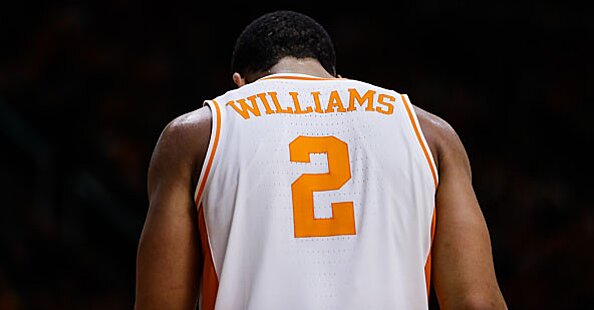 Williams finished with 43 points to help the No. 1 Vols escape with a victory in OT.

The No. 1 Tennessee Volunteers will likely remain as the nation’s top team thanks to junior forward Grant Williams and his dominant performance against Vanderbilt Wednesday night.

Williams scored 43 points on 10-of-15 shooting and went a perfect 23-of-23 from the free-throw line to help Tennessee escape with an 88–83 overtime win over Vanderbilt.

Trailing for the final 10 minutes of regulation, Williams put together a strong second-half performance, swinging the game in the Vols’ favor with a four-point possession in the final minute. Williams capitalized on opportunities in overtime, too, knocking in an and-one play before flexing to the crowd. He scored the team’s first 10 points in overtime and broke the school’s record for most free throws in a game.

Williams finished with the first 40-point outing for a Tennessee player since Allan Houston against LSU in 1990. With the victory, the Vols (17-1) are off to their best start in program history.

Tennessee next hosts West Virginia on Saturday at 4 p.m. ET.