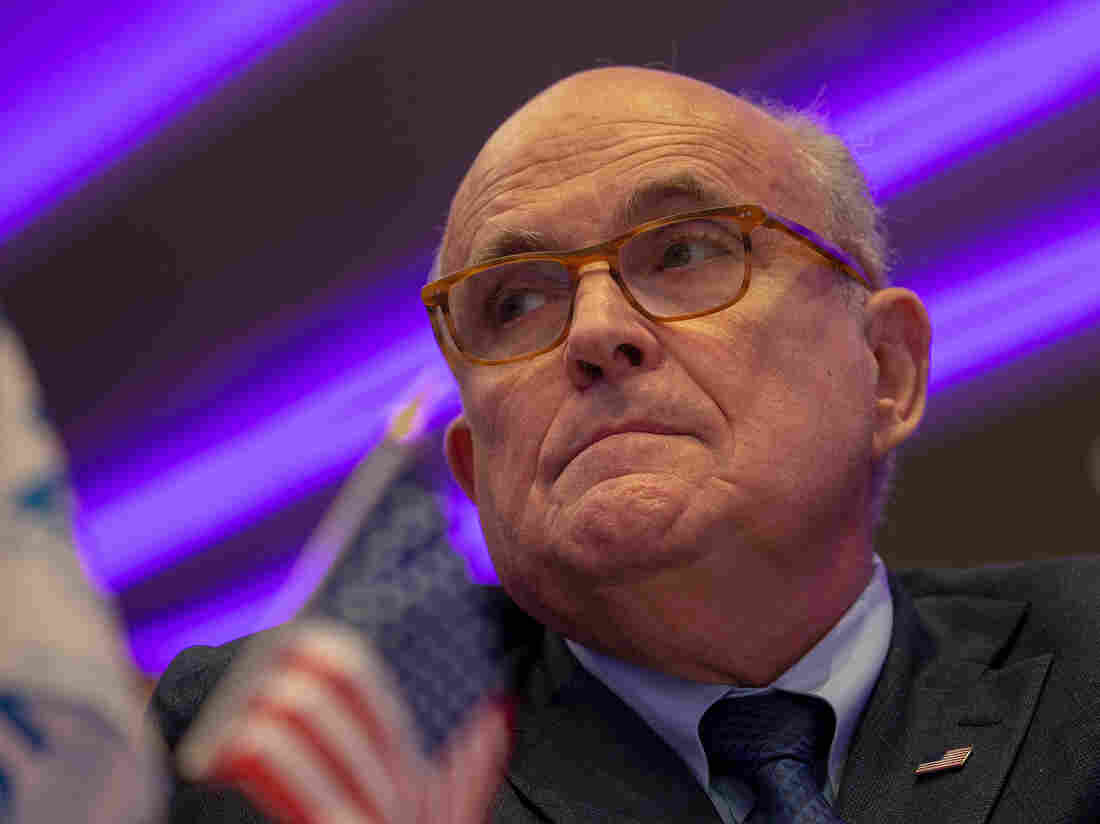 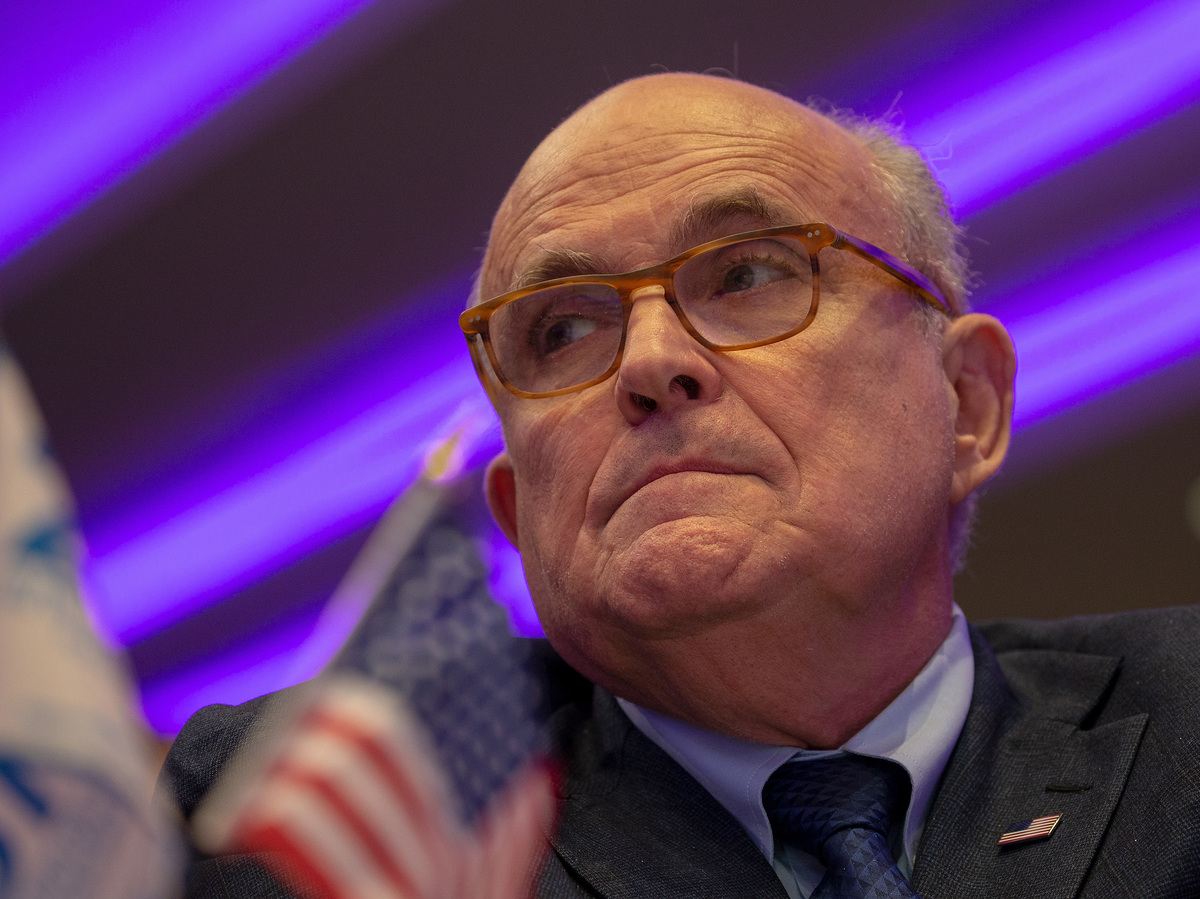 Rudy Giuliani, the latest addition to President Trump’s legal team, spent much of the weekend trying to clarify statements he made earlier concerning his client’s legal troubles.

On Wednesday, Giuliani, in an appearance on Fox News’ Sean Hannity, said a $130,000 payment to adult-film actor Stormy Daniels made by former Trump attorney Michael Cohen in the final days of the 2016 election did not violate campaign finance restrictions because it had been “funneled” through Cohen’s law firm and was repaid in installments by the president.

The remarks by Giuliani, the former federal prosecutor and mayor of New York, implied that Trump was aware of the payments at the time, contradicting the president’s statements to the contrary just last month.

In television appearances and an interview with The Washington Post this weekend, Giuliani struggled to walk back some of his earlier comments and put the best spin on his remarks last week that have been widely criticized as unhelpful to the president.

Speaking with CNN, Giuliani acknowledged that only having been on the job for a few weeks, he had not had time to properly read in on the legal intricacies.

“I haven’t been able to read the 1.2 million documents,” he continued. “I am focused on the law more than the facts right now. A couple of things were fairly easy to dispose of. The whole situation of the $130,000 doesn’t require an analysis of the facts because it wasn’t intended as a campaign contribution. It was intended as a personal, embarrassing, harassing claim.”

On Friday, Trump himself said that Giuliani needs to “get his facts straight” about the payment. Following Giuliani’s earlier comments, the president sent out a series of uncharacteristically legal-sounding tweets explaining the details of the transaction.

Mr. Cohen, an attorney, received a monthly retainer, not from the campaign and having nothing to do with the campaign, from which he entered into, through reimbursement, a private contract between two parties, known as a non-disclosure agreement, or NDA. These agreements are…..

…very common among celebrities and people of wealth. In this case it is in full force and effect and will be used in Arbitration for damages against Ms. Clifford (Daniels). The agreement was used to stop the false and extortionist accusations made by her about an affair,……

…despite already having signed a detailed letter admitting that there was no affair. Prior to its violation by Ms. Clifford and her attorney, this was a private agreement. Money from the campaign, or campaign contributions, played no roll in this transaction.

In an interview with NBC, Giuliani said he did not think the president realized that he had paid Cohen back for the Daniels hush money until he saw the paperwork from his legal team.

Trump responded, “Oh my goodness, I guess that’s what it was for.”

And The Associated Press writes, “In an interview Sunday with ABC’s This Week, Giuliani dismissed as rumor his own statements about Trump’s payment to adult-film actress Stormy Daniels, said he can’t speak to whether the president lied to the American people when he denied knowledge of the silencing agreement and wouldn’t rule out the president asserting his Fifth Amendment right against self-incrimination in the Russia investigation.”

Giuliani suggested that Mueller’s team leaked a list of 49 questions the special counsel wanted to ask the president, a point host George Stephanopoulos challenged: “‘Let me just stop you right there,’ Stephanopoulos said, noting that the questions were written by a Trump lawyer after a meeting with Mueller and his team. ‘It wasn’t something leaked by Mueller,’ Stephanopoulos said,” according to ABC.

As the Post noted, “Giuliani’s comments on Sunday were notable for how much he said he still did not know on his fifth consecutive day of media interviews. During his ABC interview, Giuliani said that he did not know when Trump learned about the payment, when Trump discovered Daniels would take money to remain quiet about her allegations and why Trump publicly denied knowing about a payment for which he had already reimbursed Cohen.”

Speaking with the Post, Giuliani said he and the president’s legal team “feel pretty good that we’ve got everything kind of straightened out and we’re setting the agenda.”

The president has said he is open to sitting down with special counsel Robert Mueller to answer questions in the probe into Russian interference in the 2016 election, but Giuliani told ABC he would advise against such a move.

“I’m going to walk him into a prosecution for perjury like Martha Stewart?” Giuliani asked rhetorically, in a reference to the lifestyle celebrity convicted in 2004 of insider trading.

Giuliani also suggested that the president might not comply with a subpoena from Mueller, “we don’t have to comply” he told ABC.

“He’s the president of the United States,” Giuliani said. “We can assert the same privilege that other presidents have.”

He said he met the president over the weekend at Trump’s golf course in Sterling, Va., to discuss legal strategy and that the president seemed upbeat about his legal situation.

“Everybody’s reacting to us now, and I feel good about that because that’s what I came in to do,” Giuliani told the Post.