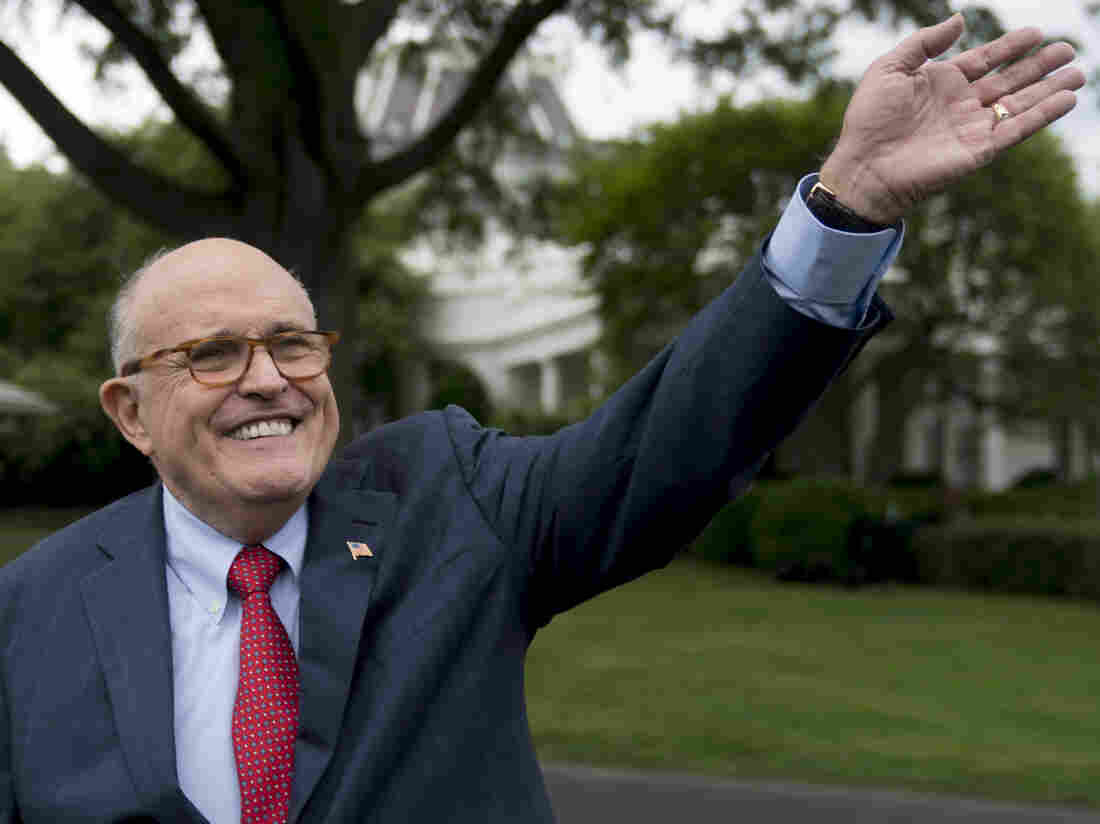 Rudy Giuliani, an attorney for President Donald Trump, waves to people during White House Sports and Fitness Day on the South Lawn of the White House, on Tuesday in Washington. Andrew Harnik/AP hide caption 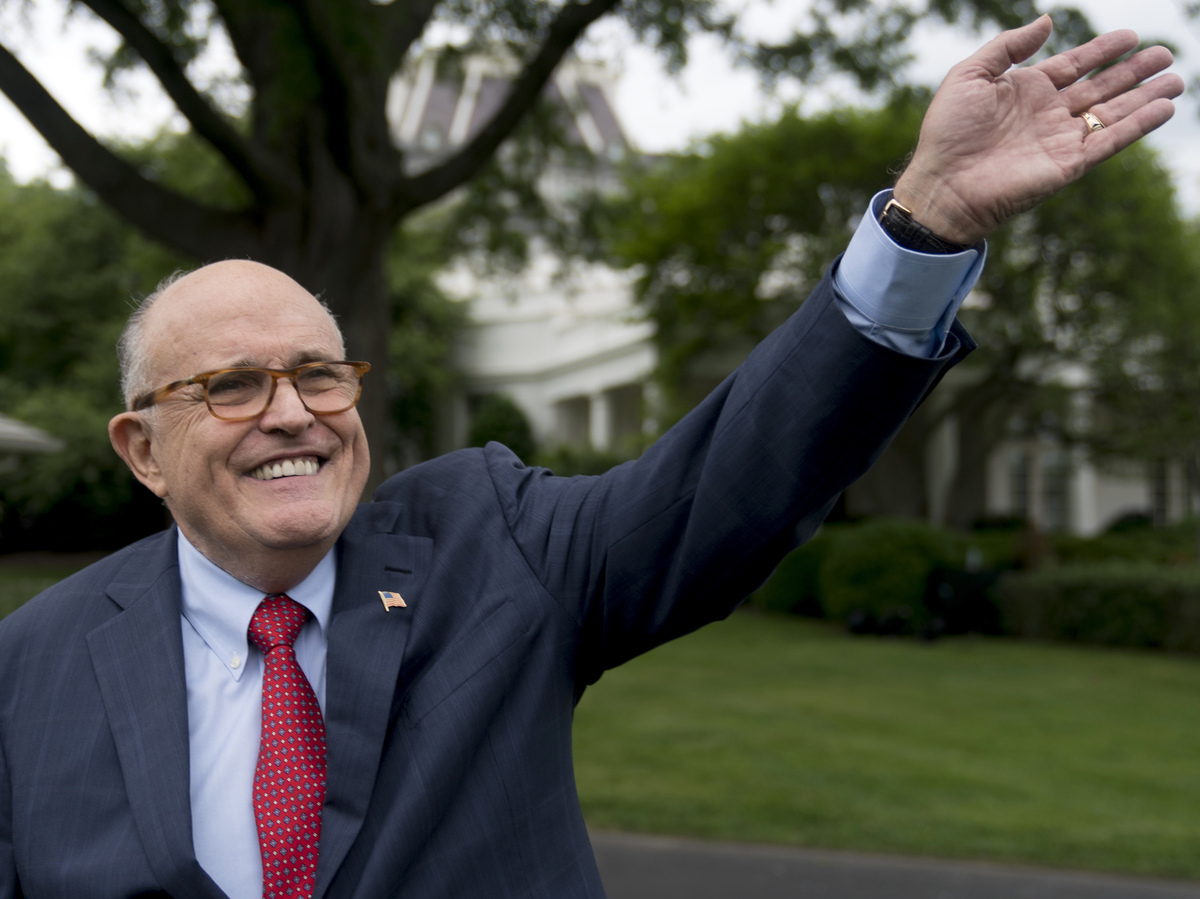 Rudy Giuliani, an attorney for President Donald Trump, waves to people during White House Sports and Fitness Day on the South Lawn of the White House, on Tuesday in Washington.

Trump’s lawyer, Rudy Giuliani, said in an interview Sunday that the president holds Constitutional powers to pardon himself in the Russia investigation or to terminate that investigation.

Giuliani, speaking on ABC’s This Week with George Stephanopoulos, said Trump had “no intention” of a self-pardon and in a separate interview, on NBC’s Meet the Press, he said that any such move would be “unthinkable” and might lead to impeachment.

Giuliani, making the rounds on the Sunday morning news programs, told ABC’s This Week that the president “probably does” have the ability to pardon himself.

“He has no intention of pardoning himself, but he probably — not to say he can’t,” Giuliani said.

“I think the political ramifications would be tough,” Giuliani told ABC. “Pardoning other people is one thing, pardoning yourself is tough.”

On NBC, the former mayor of New York said.

“Pardoning himself would be unthinkable and probably lead to immediate impeachment,” he said.

“And he has no need to do it, he’s done nothing wrong,” he added.

Giuliani’s remarks follow reports that the president’s legal team sent a letter to special counsel Robert Mueller in late January outlining a legal justification that as president, Trump cannot be held accountable for obstruction of justice and should not be interviewed by investigators.

Giuliani, speaking on NBC, also said that it was “pretty clear” that the president has the Constitutional authority to shut down any investigation, but added that terminating a probe where the president is the target would also likely lead to impeachment.

On ABC, Giuliani also said that the president’s recollections about a statement he made concerning a June 9, 2016 meeting between top Trump campaign aides and a delegation of Russians offering to provide “dirt” on rival Hillary Clinton “keep changing.”

“This is the reason you don’t let this president testify in the special counsel’s Russia investigation,” Giuliani told Stephanopoulos. “Our recollection keeps changing, or we’re not even asked a question and somebody makes an assumption.”

“If I say something wrong on this show… if you were the FBI, my goodness, I’d — they could prosecute me for the mistake. They’d say of course it was a lie,” he said.

Although Giuliani said a decision about whether the president will voluntarily sit for an interview with Mueller’s team would not be made until after a planned June 12 summit in Singapore between Trump and North Korean leader Kim Jong Un, he said “we’re leaning toward not” doing it.

“But look, if they can convince us that it will be brief, it would be to the point, there were five or six points they have to clarify, and with that, we can get this – this long nightmare for the – for the American public over,” Giuliani told ABC.