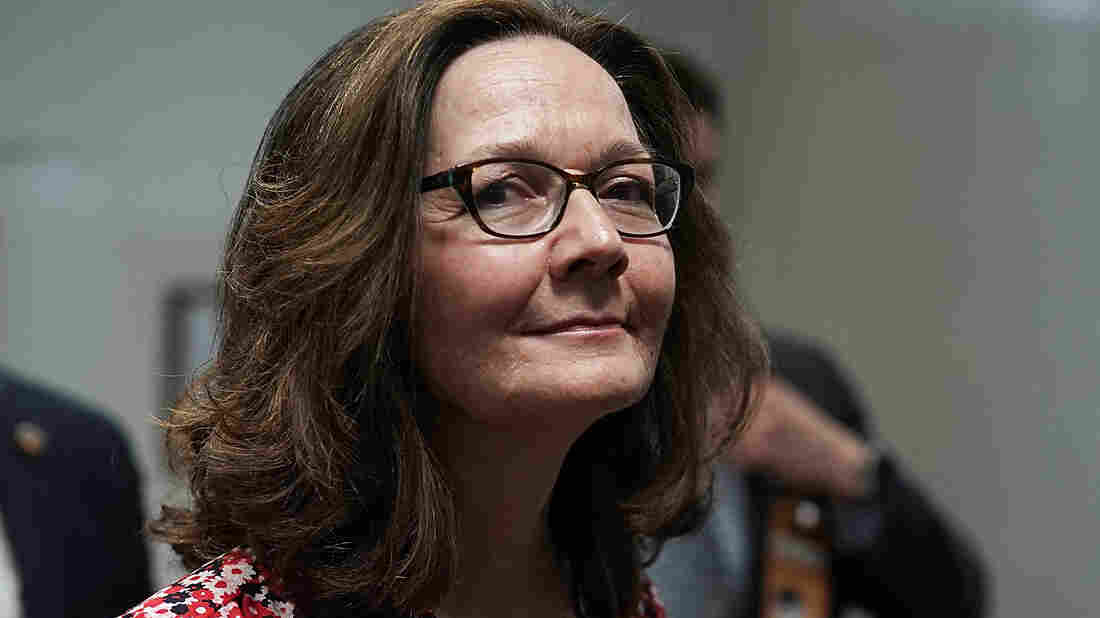 CIA nominee Gina Haspel is seen waiting for the Senate subway during a day of meetings with senators ahead of her confirmation hearing. Alex Wong/Getty Images hide caption 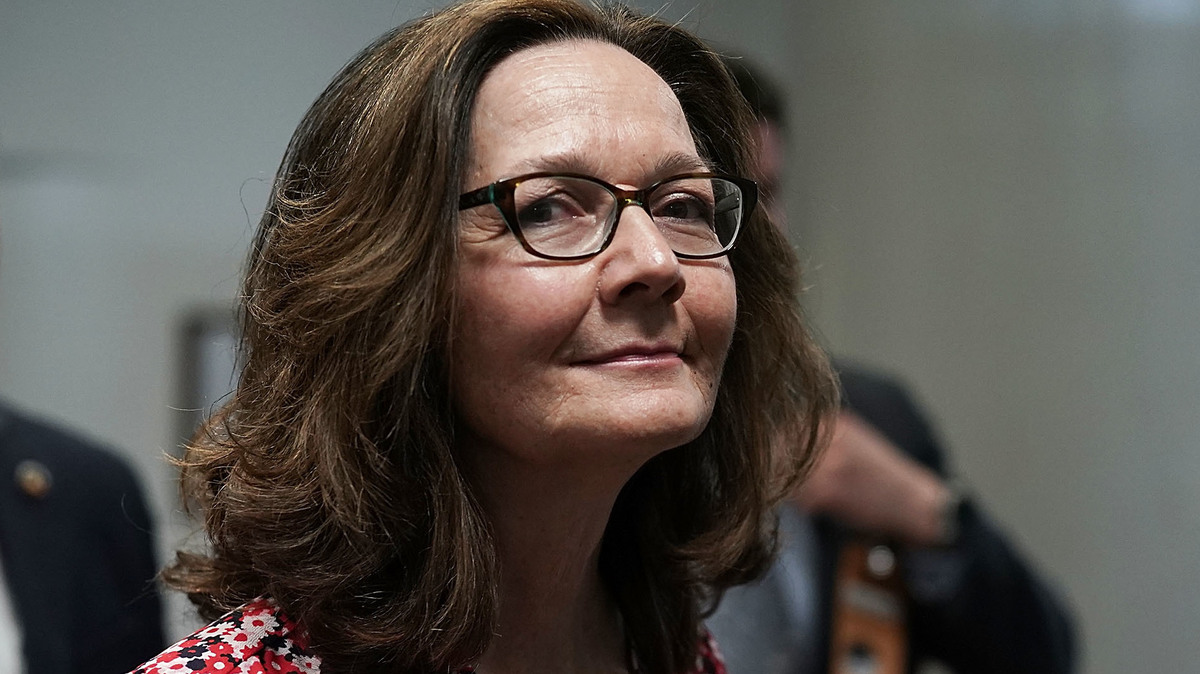 CIA nominee Gina Haspel is seen waiting for the Senate subway during a day of meetings with senators ahead of her confirmation hearing.

Gina Haspel will be questioned by both her critics and her backers on Wednesday, when she speaks at a Senate Intelligence Committee hearing on her nomination to be the next director of the Central Intelligence Agency.

Haspel, the first woman nominated as the director of the CIA, hopes to succeed Mike Pompeo, who left to lead the State Department.

You can watch the hearing streamed live here beginning at 9:30 a.m. ET.

The hearing started nearly 10 minutes late, partly because of the intense media spotlight. Cameras fluttered around Haspel as she sat.

“You are without a doubt the most qualified person” that President Trump could nominate for the CIA job, said committee chairman Sen. Richard Burr, R-N.C., in his opening remarks.

Ranking member Sen. Mark Warner agreed that Haspel is “among the most experienced people to be nominated” to lead the CIA – but, he added, “many people – and I include myself in that number – have questions about the message the Senate would be sending by confirming someone for this position who served as a supervisor in the Counter Terrorism Center during the time of the [CIA’s] Rendition, Detention, and Interrogation program.”

Warner did not say that he plans to vote “no” on Haspel’s nomination. But while noting that Haspel has said U.S. law about interrogation has changed, he said, “I appreciate that, but it is not enough.”

He went on to lay out questions for the nominee, including what her views on “morally questionable” requests would be, and whether she would permit the destruction of evidence that could harm the CIA.

Warner also asked about Haspel’s relationship with Trump, saying, “If confirmed, you will face a White House and, frankly, a president who does not always seem interested in hearing, much less speaking, the truth.”

Here are the basic facts about Haspel:

Large parts of the nominee’s record remain classified. The toughest questions for Haspel – at the open hearing or in meetings behind closed doors – are expected to revolve around torture.

As NPR’s Greg Myre reports, “She was at a black site prison in Thailand where al-Qaida suspects were waterboarded in 2002. And in 2005, she wrote a cable calling for the destruction of videotapes that showed that waterboarding.”

Haspel says she would not bring that type of program back. In her prepared remarks for Wednesday’s hearing, the career CIA officer who has rarely spoken in public said that she understands the interest in that part of her career.

“I have views on this issue, and I want to be clear,” she said. “Having served in that tumultuous time, I can offer you my personal commitment, clearly and without reservation, that under my leadership CIA will not restart such a detention and interrogation program.”

One of her biggest critics on the committee is Sen. Ron Wyden, D-Ore., who said the CIA has glossed over Haspel’s career in an attempt to get her confirmed.

“There has been a wall to wall cover-up by the agency, with respect to her background,” Wyden said on Morning Edition Wednesday.

The White House says Haspel is the best candidate for the job. It also points to her record, citing her receipt of the Intelligence Medal of Merit, a Presidential Rank Award, and the Donovan Award, as well as the George H.W. Bush Award for Counterterrorism, “for spearheading an operation that led to valuable intelligence collection and the arrest and imprisonment of two terrorists.”

Marc Short, the president’s legislative affairs director, told NPR on Tuesday, “If she’s not qualified and the best person to lead, then that’s a sad state of affairs to where the U.S. Congress is right now in their adjudication about who’s a proper fit to run the CIA.”

Of Haspel’s involvement with waterboarding, Short said, “She was conducting the work that she did in compliance with the law of the United States, approved by the United States attorney general. She followed the orders she was given.”

As for what her priorities would be as the head of the CIA, Haspel said in her prepared remarks, “Our strategy starts with strengthening our core business: collecting intelligence to help policymakers protect our country and advance American interests around the globe.”

To do that, Haspel said, she would put more officers in the field and emphasize foreign language skills.

“And, finally, it involves investing in our partnerships—both within the U.S. government and around the globe,” she said.