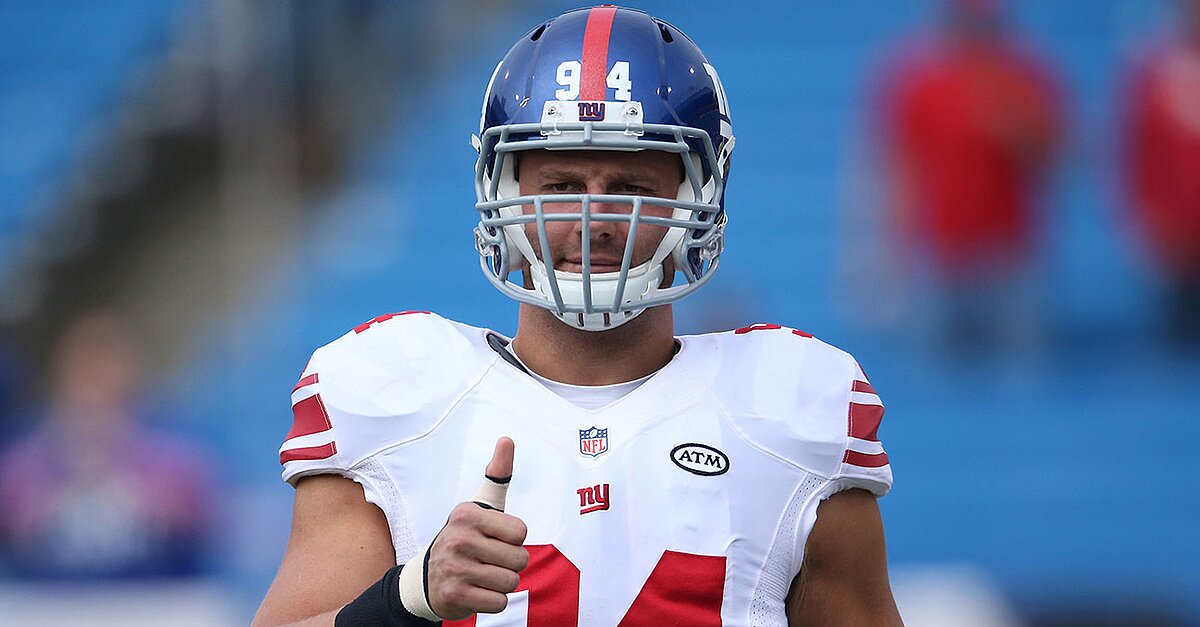 The Giants linebacker wants Trump to have a discussion with players over the national anthem.

Giants linebacker Mark Herzlich invited President Trump to visit the team’s locker and have a discussion on the national anthem.

After the Giants’s OTA practice on Tuesday, Herzlich told the Daily News that he would like Trump to see what an NFL locker room is like.

Herzlich thinks it’s important for the president to visit a locker room after Trump said players who don’t kneel during the anthem “shouldn’t be in the country.”

“I think the best way to handle remarks like that is it’s not necessarily a push back against his remarks,” Herzlich told the Daily News. “It’s to maintain the focus on the real issue. The real issue isn’t players being against a president or against a country. It’s about players being for unity, and they want to create an atmosphere with law enforcement, with others in their community that we share in the locker room.

“You go in the locker room and guys from every single race, every single demographic, every single religious background, and we all are just a team,” Herzlich continued. “And so I think we see that, what’s possible. And I would love Trump to come down here and hang out in our locker room and see what locker room talk’s really about, and talking about our night nurses and our babies — this is what we talk about, it’s a family.”

The NFL announced a new national anthem policy last week, allowing players to stay in the locker room during the anthem. If players and team personnel choose to be on the field, they must “stand and show respect to the flag and the Anthem.”

Anyone who shows “disrespect” will be fined by the league and teams can choose if they want to take further disciplinary action as well.

Giants head coach Pat Shurmer has said the team has not held a meeting yet to discuss the anthem, but he plans to stand on the field