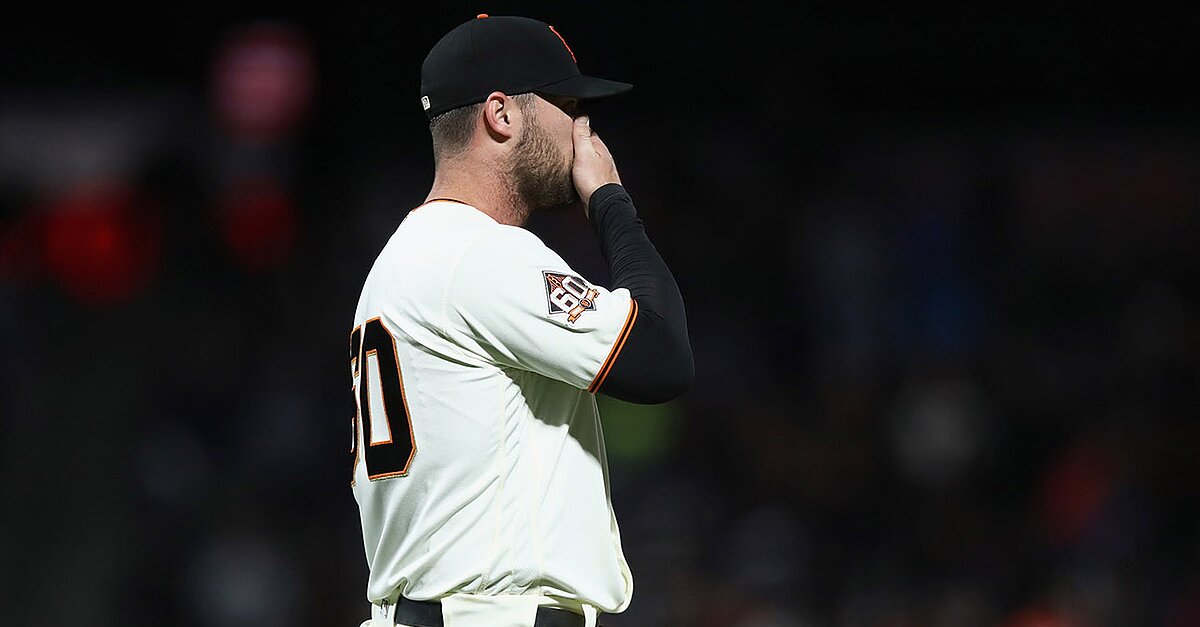 Giants closer Hunter Strickland broke his finger himself after punching a door following his team’s loss to the Marlins on Monday.

SAN FRANCISCO—Giants closer Hunter Strickland broke his pitching hand punching a door in frustration after blowing the save and taking the loss in a 5-4 defeat to the Miami Marlins on Monday night.

The right-hander was undergoing surgery Tuesday and expected to be out six to eight weeks, manager Bruce Bochy said. An X-ray after the game revealed the break of Strickland’s pinkie, similar to what sidelined lefty ace Madison Bumgarner to begin the season after he was hurt in his final spring training start.

Bochy says he is “thoroughly disappointed, I’m crushed” because Strickland had shown maturity and made progress keeping his emotions in check since last year’s fight with Nationals star Bryce Harper.

Sam Dyson and Tony Watson will be called upon for closing duties, with one getting most of the opportunities though Bochy didn’t reveal which one that would be. The manager doesn’t consider Mark Melancon — signed to a $62 million, four-year deal before last season to work the ninth — ready for the role.