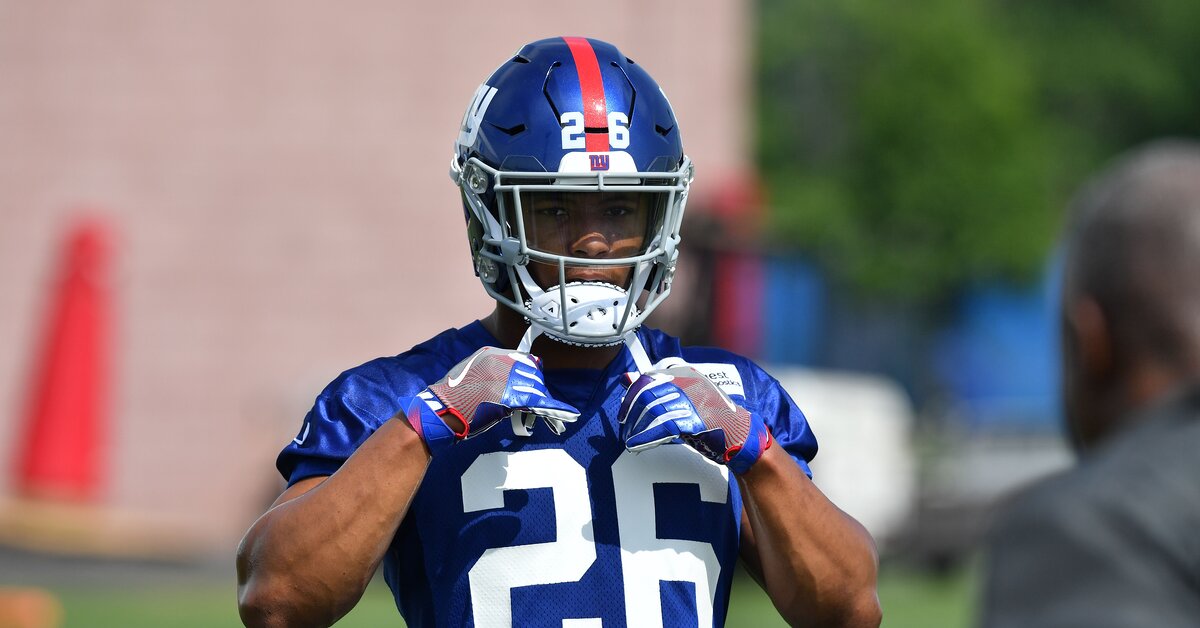 The Giants’ defensive lineman is ready to welcome the team’s star rookie to the NFL.

The Giants got a good look at rookie running back Saquon Barkley at mini-camp on Tuesday, and one of his teammates is already looking forward to giving the first-round pick a taste of NFL defense.

The NFL forbids contact until training camps begin at the end of July, but Giants defensive lineman Damon Harrison doesn’t plan on holding back from hitting New York’s highly-touted rookie.

“You get in between the lines, you get the ball in your hands, I don’t give a damn what anybody says,” Harrison said, according to the New York Post. “I don’t think we’ll be able to hit him too hard, but I’m gonna hit his ass.”

Barkley responded to Harrison in a post-practice interview on Wednesday, saying that he was grateful to not face his teammate in the regular season.

“He only gets to hit me maybe once or twice a year rather than a full game,” Barkley said, according to NJ.com. “I’m just happy he’s on my team. His nickname is ‘Snacks’ for a reason.”

Whether Harrison follows through on his promise remains to be seen, but not every Giant is eager for Barkley to take a hit. Left tackle Will Hernandez, a second-round pick out of UTEP, even felt the instinct to protect the former Penn State running back during a charity dodgeball game.

“They were playing some sort of game, and I was just sitting there thinking ‘Damn, I wish I could have been there to dive in front of those balls, or something, for him,” Hernandez said, according to Matt Lombardo of NJ.com. “He’s a great teammate, and I’m better that I’m able to play with him.”

If Barkley can dodge a tackle like he can dodge a ball, he won’t have to worry too much about Harrison come July.