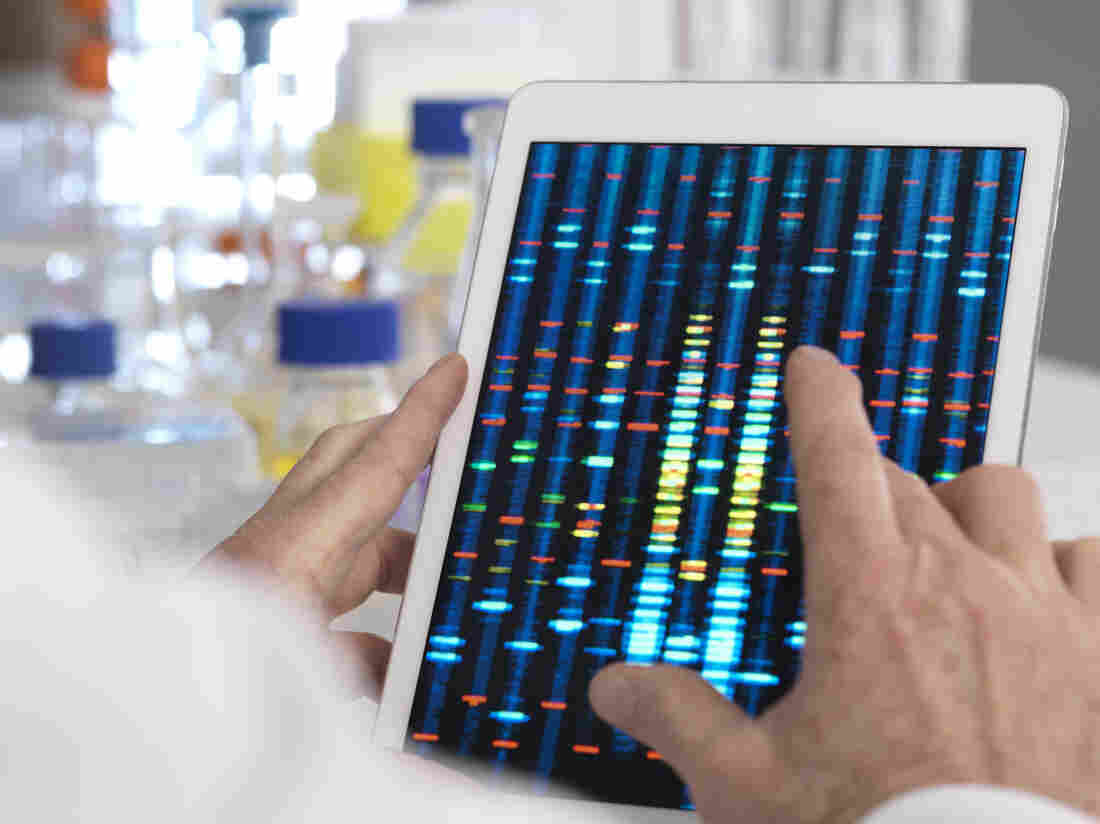 The results of genetic testing –whether done for health reasons or ancestry searches — can be used by insurance underwriters in evaulating an application for life insurance, or a disability or long-term-care policy. Science Photo Library RF/Getty Images hide caption 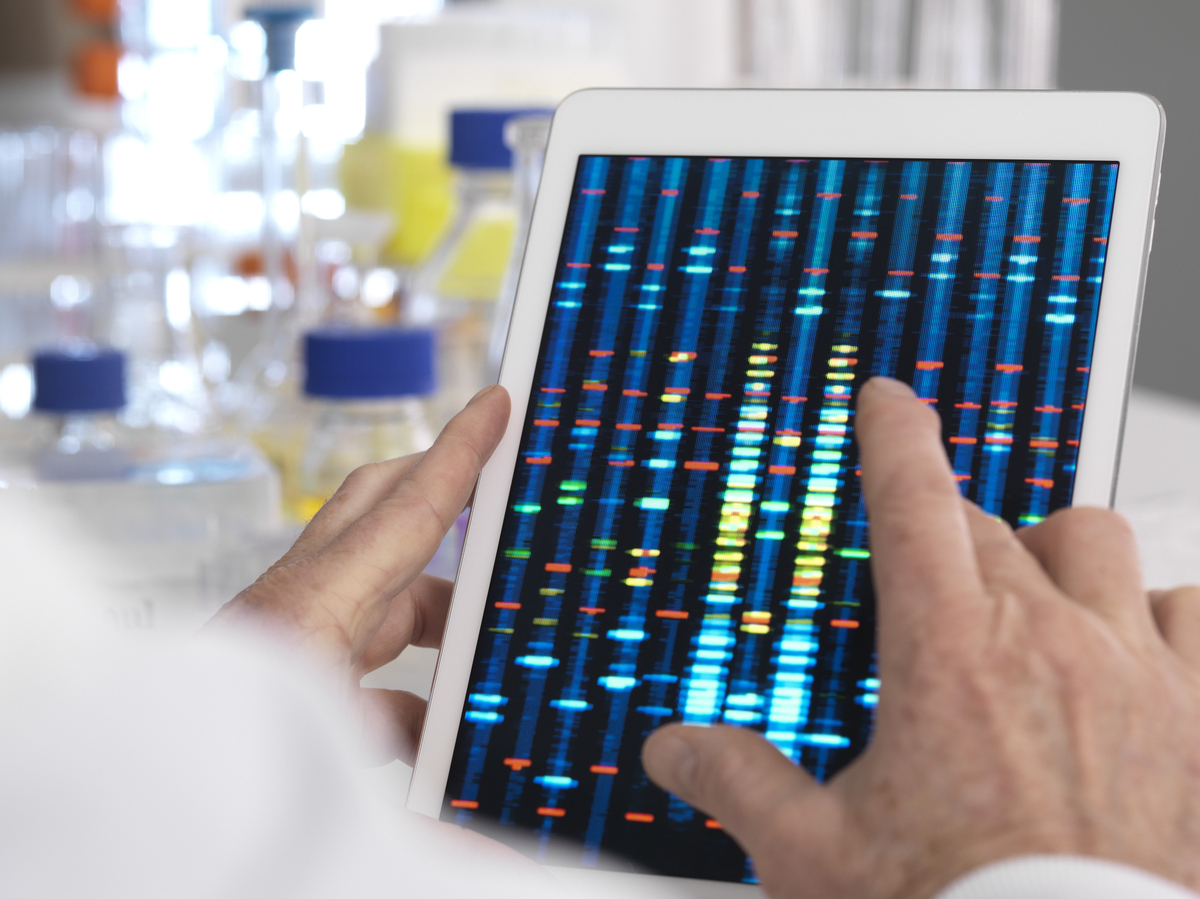 The results of genetic testing –whether done for health reasons or ancestry searches — can be used by insurance underwriters in evaulating an application for life insurance, or a disability or long-term-care policy.

Taking a genetic test in your 20s or 30s could, indeed, affect your ability to get long-term-care insurance later — or at least the price you’ll pay. And people who are considering enrolling in Medicare after age 65 would do well to read the fine print of the sign-up rules. Readers have insurance questions on these topics this month, and we have answers:

Q: Can getting a genetic test interfere with being able to buy long-term-care insurance in the future? If you do get a plan, can the insurer drop you after you find out the results of a genetic test?

In general, long-term-care insurers can indeed use genetic test results when they decide whether to offer you coverage. The federal Genetic Information Nondiscrimination Act does prohibit insurers from asking for or using your genetic information to make decisions about whether to sell you health insurance or how much to charge you. But those privacy protections don’t apply to long-term-care policies, life insurance or disability insurance.

When you apply for a long-term-care policy, the insurer is permitted to review your medical records and ask you questions about your health history and that of your family. It’s all part of the underwriting process to determine whether to offer you a policy and how much to charge.

If the insurer asks you whether you’ve undergone genetic testing, you generally must disclose it, even if the testing was performed through a direct-to-consumer site like 23andMe, says Catherine Theroux, a spokeswoman for LIMRA, an insurance industry trade group.

“You need to release any medically relevant information,” she says.

Some states provide extra consumer protections related to genetic testing and long-term-care insurance, says Sonia Mateu Suter, a law professor at George Washington University who specializes in genetics and the law. But most follow federal law.

If you get genetic testing after you have a policy, the results can’t affect your coverage.

“Once the policy has been underwritten and issued, the insurer doesn’t revoke the policy if new medical information comes to light,” Theroux says.

Q: Can I switch Medigap insurance companies midway through the year? I found a less expensive policy.

It depends. Under federal law, when people turn 65 and first enroll in Medicare Part B they have a six-month window to sign up for a Medigap plan — a commercial policy that picks up some of the out-of-pocket costs for services that Medicare doesn’t cover. (Medicare Part A covers hospitalization, and Medicare Part B covers outpatient services.) During that six-month period, insurers have to accept enrollees, even if they have health problems.

If you’re still within that six-month period now and you want to switch plans, go right ahead.

But if you’re past the six-month window, under federal law, insurers are required to sell you a plan only in certain circumstances — such as if you lose your retiree coverage or Medicare Advantage plan. If you don’t meet the criteria, insurers can decline to cover you or charge you more for preexisting medical conditions.

“The first thing the person should do is check with her state insurance department to find out her rights related to buying a Medigap plan,” says Brandy Bauer, associate director at the Center for Benefits Access at the National Council on Aging. If you decide to go ahead and switch, she says, it is wise to sign up for a new plan before terminating your current policy.

Q: I did not enroll in Medicare Part B when I turned 65 because I already have a regular plan that covers everything. I was told that the insurer would keep paying as usual, but now the company says it will pay only part and that I have to buy Medicare Part B. I didn’t want to pay for two policies. Is there anything I can do to avoid that?

From your description, it’s hard to know exactly what’s going on, but we can make educated guesses. Typically, when people turn 65, it makes sense to sign up for Medicare unless they or their spouse are working and getting health insurance from an employer. For others, at age 65, Medicare typically becomes their primary insurer and any other coverage they have becomes secondary, filling in gaps in Medicare coverage.

If you have an individual policy that you bought on the health insurance exchange, and decide to hang on to it instead of signing up for Medicare, your premiums and other costs could be higher than they would be on Medicare, depending on your income.

But if you’re not receiving employee coverage and you don’t enroll in Medicare Part B, you could be subject to a permanent late enrollment penalty of 10 percent of the policy’s premium for every 12 months that you could have signed up for Part B but didn’t.

You could also owe a premium penalty for not signing up for a Part D prescription drug plan. (Most people don’t owe any premium for Medicare Part A, so there’s no penalty for late sign-up.)

Your best move now may be to call 800-Medicare or visit your local state health insurance assistance program to help sort out your coverage issues, including whether to drop your current coverage and sign up for Medicare Part B and Part D.