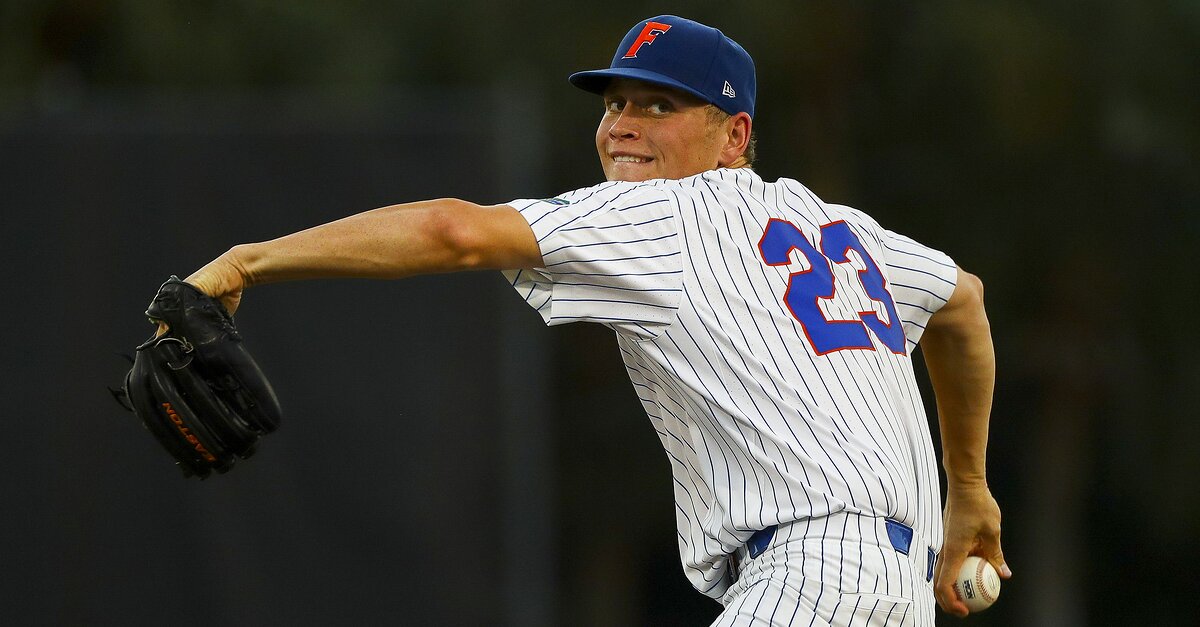 Florida built enough cushion to survive Texas Tech’s six-run outburst over the seventh and eighth innings and eliminate the Red Raiders from the College World Series with a 9-6 win Thursday night.

The Gators (49-20) have won two straight following a loss to Tech in their CWS opener and moved to the Bracket 2 final against Southeastern Conference rival Arkansas. The No. 1 national seed would have to beat the Razorbacks on Friday and again Saturday to return to the best-of-three championship round next week.

Florida freshman Jack Leftwich (5-5) allowed seven hits, walked two and struck out five in 6 1/3 innings. He escaped trouble in the second and fourth innings before leaving with two runners on base in the seventh.

That’s when Tech (45-20) and its high-scoring offense started to make trouble for the Gators and their bullpen.

Tech scored three times against four pitchers in the seventh to make it a two-run game. The Gators got those three runs back in the top of the eighth, with Brady Smith tripling off the center-field wall.

Tech came back with three more runs in the eighth against three relievers to make it 8-6. Florida got one of those runs back in the ninth, and Michael Byrne pitched a 1-2-3 ninth for his 16th save.

Schwarz broke his right hand May 18 and returned to the lineup for Florida’s first CWS game. He was 1 for 11 in Omaha, and 1 for his last 20 overall, when he sent a 1-1 pitch from Ty Harpenau into the left-field bullpen for a 5-0 lead in the sixth. It was his 13th homer of the season and 50th of his career.

The Gators went up 1-0 without getting a hit against Caleb Kilian (9-3) in the fourth when Jonathan India walked, took second on a wild pitch, stole third and came home on another wild pitch. They broke through for two runs on three hits in the fifth and extended their lead on Schwarz’s homer.

Tech’s Little made his second sensational catch of the CWS on Deacon Liput’s deep fly to left in the third inning. Little sprinted back, jumped and made the catch. He landed with his back against the fence to rob Liput of a sure double.

Big 12 freshman of the year Gabe Holt swung so hard at a fastball from Leftwich in the second inning that he spun around and fell on his rear end. As would be expected, the boys in the Tech dugout got a good laugh.

Bracket 2 finalists Florida and Arkansas haven’t met since they opened SEC play in late March. The Gators won two of three in Gainesville, Florida, with India going 6 for 9 with a homer and four RBIs in the series.