“I had gone to the local store when I suddenly saw everyone running, and I saw my nephews run into my mother’s house,” she says, tears streaming down her face.

Placing her arms in a cradling position, Garcia, says she saw her daughter carrying her one and a half-year-old son, wrapped in a blue shawl, just before leaving for the store. 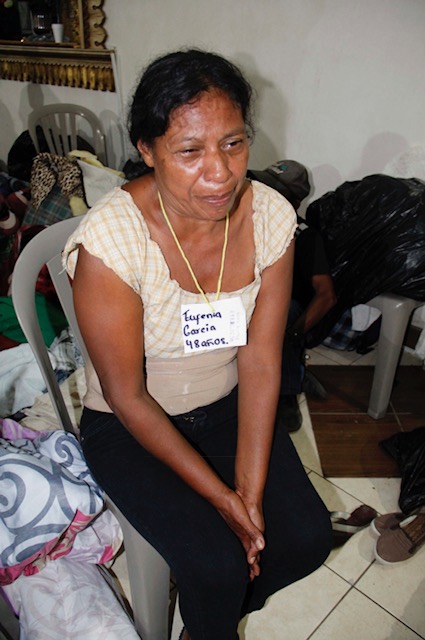 Her daughter is among Garcia’s 20 family members who are now missing. Only the body of one – her brother, Pedro – has been found.

At least 69 people were killed when the volcano erupted on Sunday. With so many people disappeared, the final death toll could climb to several hundred.

Garcia’s family lived in the village of San Miguel Los Lotes, the closest to the volcano. It has been reduced to a ghost town after survivors were forced to flee their homes and seek refuge in the Catholic church of Nuestra Senora de Guadalupe in the city of Escuintla, about 15 kilometres away.

A forlorn-looking dog wanders around a small house with yellow walls where the only remaining piece of furniture, a wooden rocking chair, is buried in hot, grey ash.

Further down the road stood Garcia’s home, which is now buried under piles of hot ash.

A cloud of thick black smoke continues to rise from the volcano a day and a half after the deadly eruption.

The volcano continues to give off waves of heat like a half-open oven, and the air is so clogged with ash that police and rescue workers have to wear masks.

Rescue workers resumed their search Tuesday morning, but with every hour that goes by, they lose hope of finding any survivors.

‘She must have been swept away’

Inside the church where Garcia is now forced to sleep on a foam mattress, it is hot and noisy, with young children huddled together on the floor while volunteers haul black liner bags full of donated clothes and hand out food rations. 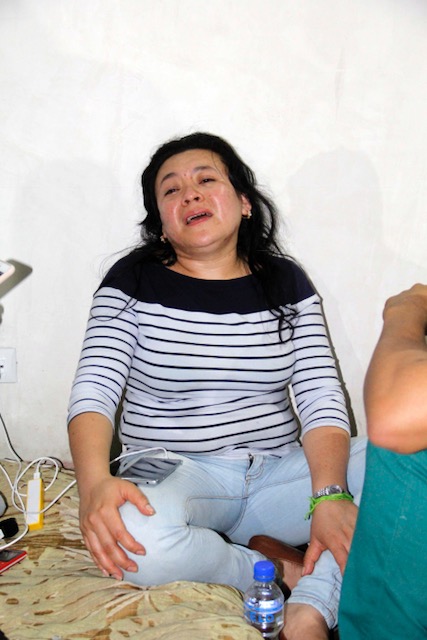 After years of living under the shadow of the Fuego volcano, some survivors say that when they saw the cloud of smoke that preceded the eruption, they never imagined they would be trapped in a deadly avalanche of mud and incandescent volcanic matter.

“Since the volcano is always cloudy, at first, we thought it was just a bit of sand, but when we realised things were getting serious we left our homes and started to run,” 54-year-old Julia Gonzalez tells Al Jazeera.

“My daughter Maria Cristina never answered her cell phone. She must have been swept away by the mudslide,” she says.

Twenty-six-year-old Maria Cristina, her husband Miguel Angel and their eight-month-old daughter are among the dozens of people still unaccounted for.

Norma Ascona, 34, describes what her teenage son and daughter look like in the hope that someone might have seen them.

She’s already searched for them in every shelter and is almost certain they were buried by the avalanche of mud and rocks that hit her home, but she can’t let go of that faint glimmer of hope that tells her they might still be alive.

Ascona works as a housemaid in the colonial city of Antigua, about 45 minutes away from San Miguel Los Lotes, and used to go home once or twice a week.

At 2:30pm local time on Sunday, she left her employer’s house in Antigua and headed back to the village to see her two children: Lester, who was due to celebrate his 16th birthday on June 26, and Damaris,14.

I need my children, I can’t live without them.

“My son was 1.6 [metres] tall and had light brown skin,” she says, sobbing while a young volunteer strokes her arm lightly in an attempt to comfort her.

“My daughter had straight hair and light skin,” she continues, “I need my children, I can’t live without them.”

Ascona says that when she got to her house, it was no longer there.

“I was told that my mother had been taken to the San Juan de Dios Hospital [in Guatemala City]. Her arms and legs are burned, but she’s still conscious. Oh my God, grant me a miracle, oh my God…” she wails, her voice trailing off.

Eufenia Garcia, Julia Gonzalez and Norma Ascona are among the 3,200 evacuees who are now sleeping in cramped and overcrowded makeshift shelters.

Many of them have been left homeless, holding onto the faintest hope that their loved ones will be found alive.