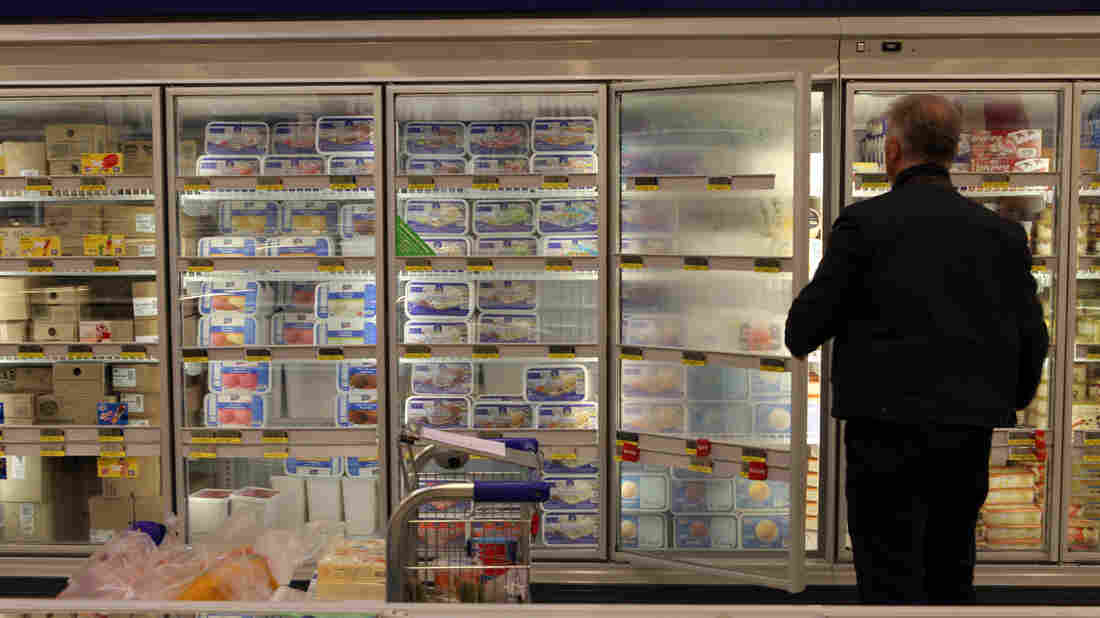 One reason frozen food sales might be faltering is because of design: “That glass door. It really creates a fence,” says food trend analyst Phil Lempert. Hannelore Foerster/Bloomberg via Getty Images hide caption 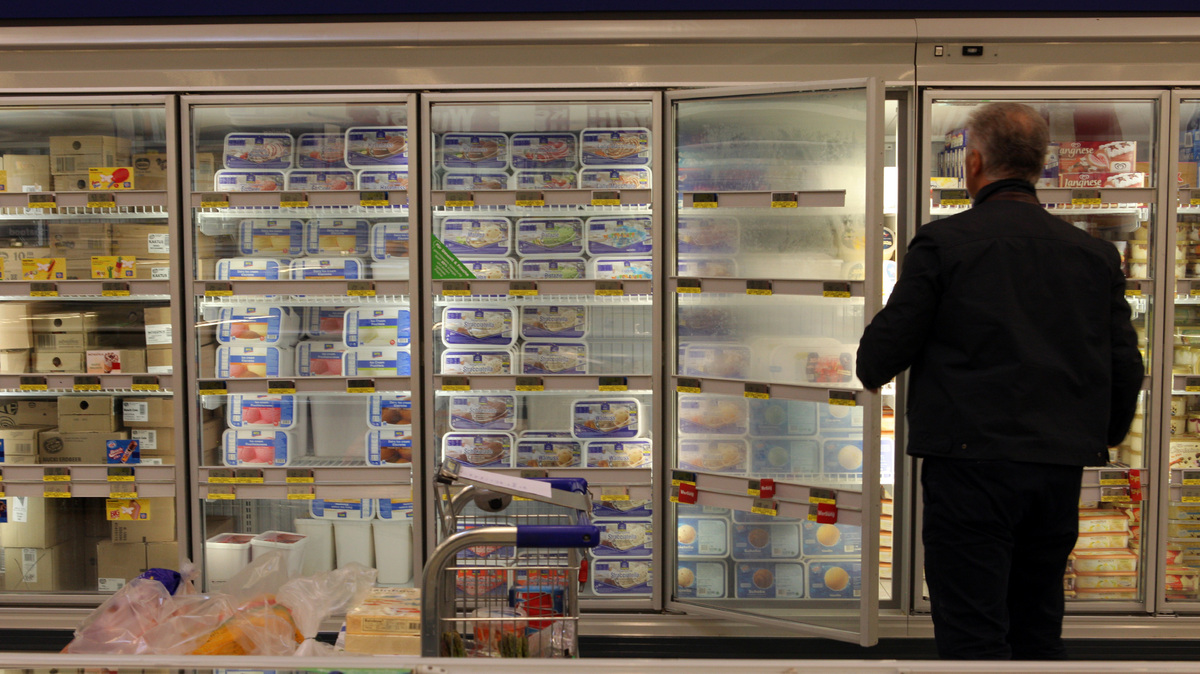 One reason frozen food sales might be faltering is because of design: “That glass door. It really creates a fence,” says food trend analyst Phil Lempert.

Lynn Smith was picking out frozen vegetables in a Los Angeles grocery store when she was interrupted by a reporter wondering if she bought much of her food in that aisle.

“No I don’t, as a matter of fact,” Smith responded, slightly perplexed.

Smith happened to have a coupon for frozen vegetables and figured they’d go nicely in the stew she’d planned for dinner. But Smith said she tends to buy fresh food, and that seemed true of most other shoppers there that day as well.

“As you can see, it’s kind of an empty aisle,” she said, gesturing towards the cases of frozen pizza, fish fillets and egg rolls.

Frozen food is a $53 billion a year business. That might sound like a lot, but it accounts for only about 6 percent of total grocery store sales. And frozen food sales have flattened or dropped by a percentage or so annually for the past few years.

It’s difficult to compete with the warmth and good smells of the deli department, which by comparison is carving out an ever-larger footprint in many grocery stores, adding pre-prepared delicacies such as sushi and chicken wing bars.

“Forty-six percent of shoppers on the typical trip, when they spend over a $100, they don’t even set foot in the frozen food department,” said Warren Thayer, who runs the trade magazine Frozen & Refrigerated Buyer. “It’s hard. It’s just an aisle. The best thing to do is curate your selection and decide, based on your local demographics, what’s best for the shoppers in your area.”

But other challenges are apparent to analyst Phil Lempert, of the food and health website supermarketguru.com.

“You are physically cold,” he said of the disadvantages of shopping for frozen food. Plus, he adds, much of the problem comes down to design, including the packaging — a predictable blur of black Lean Cuisine, green Healthy Choice and red Stouffer’s entrees. Then there’s the literal wall between shoppers and food.

“That glass door,” Lempert says. “It really creates a fence.”

TV dinners were a novelty when they first showed up in national supermarkets back in the 1950s.

Of course, there are no glass doors at Trader Joe’s. The company does not release sales figures, but “sales of our frozen products are doing great,” said Public Relations Director Kenya Friend-Daniels in an email. The difference? The stores are known for their open cases, called “coffin cases,” that allow shoppers to reach in, rummage around and make discoveries.

“It’s fun to go through that case to see what you’re going to find,” said Lempert, who likened the experience to shopping in the produce department.

Lempert said you can find frozen food similar to Trader Joe’s at comparable prices at regular grocery stores, and he thinks those stores should be redesigned to make buying frozen food more enticing. For example, put frozen blueberries and strawberries in the produce department, he suggests, so when fresh fruit is out of season and shipped in from far away, it’ll seem more obvious to shoppers to grab a bag of berries frozen at their peak.

Just a few weeks ago, I went shopping in a small Whole Foods in Santa Monica and noticed the frozen food was in coffin cases — just like Trader Joe’s. So I asked Alison Boder, the head of the American Frozen Food Institute, why more grocery stores haven’t followed that model.