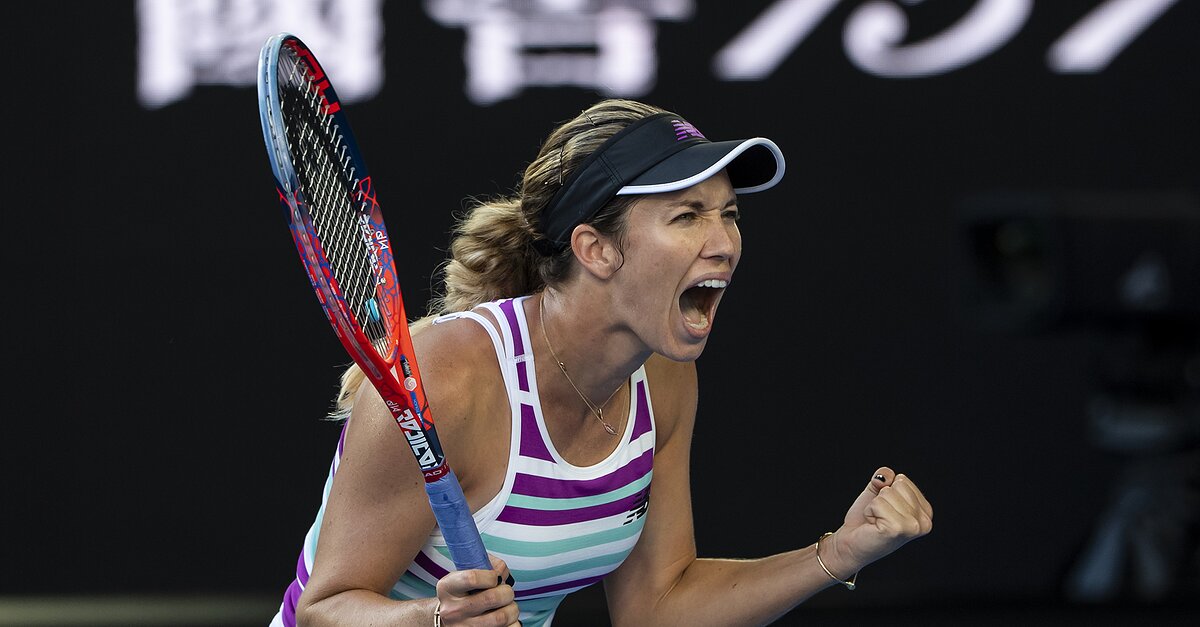 The lower rungs of professional tennis host countless stories of promising players struggling on the road to glory. They are junior champions and NCAA standouts who once boasted winning records, team pride and public acclaim but quickly faded from spotlight after jumping to the pros. Many rank in vast expanse outside the top 150, playing profitless challenger tournaments around the world, far from loved ones and unable to afford traveling coaches. Matches seldom come with perks that seem second nature at Grand Slams: ball kids, lines judges, roaring crowds. Wins can feel tiny, almost meaningless in the grueling climb to the top. Losses and injuries can tempt burnout.

The majority are grateful for the life experience they gain but eventually move on to Plan B. But a rare few stun the world and keep the Cinderella story alive.

PODCAST: Get to Know Danielle Collins

That’s been the case with 25-year-old Danielle Collins, a two-time NCAA champion at the University of Virginia who this week crushed world No. 2 Angelique Kerber en route to the semifinals of the Australian Open.

If you’ve caught any of her matches this week, you’ve probably seen her belt serves to immobilizing corners, play powerful high-percentage groundstrokes, chase down seemingly impossible balls and take every opportunity to punish her opponents’ weak shots. And it’s followed, almost always, by an eardrum-busting C’MON!

Ranked No. 162 in the world a year ago, when she failed to qualify for the Australian Open, Collins had never won a Grand Slam match prior to this tournament. Now the unseeded American is two wins away from the big trophy.

MAILBAG: Serena’s Shocking Loss Down Under; Just How Good is Frances Tiafoe?

A 2016 graduate of UVA, Collins became the first former collegiate player to reach a Grand Slam women’s semifinal in the modern era, eliminating three seeded players in the process. Her successful transition from college to the pros has reignited conversations on the viability of untraditional routes in women’s tennis. After all, when you’re a natural athlete with tremendous self-belief and a keen ability to problem-solve on the court, you might never have to drop out of school to achieve tennis stardom. Or, like Ashleigh Barty, you might be fine to leave tennis for a couple of years and still return fully intact.

This year’s Australian Open showed plenty of examples where a few points turned entire matches around: Naomi Osaka’s deep forehand return that caught the line at deuce, when she was a set and 4-2 down to Su-ei Hsieh, setting her up for an easy inside out forehand winner that got her out of trouble and mentally disarmed her opponent for the rest of the match; Madison Keys’ inability to recover when she lost a 16-minute game that went to deuce 11 times early in the deciding set against Elina Svitolina; and Collins’ use of scrappy lobs while a set down and 6-5 up in the second set, a strategy that won her a break against the physically and mentally deteriorating Anastasia Pavlyuchenkova which made the third set a piece of cake.

Collins seems to know how to capitalize on her opponents’ weak moments and adapt to their game plans, which is a characteristic of champions.

Next up for her is power-hitting lefty Petra Kvitova, who beat Collins in a tight three-setter earlier this month. To achieve a different outcome this time, the American will be forced to produce a high first serve percentage, dictate points and go for more winners. It will also be important to keep her unforced errors low and try to break Kvitova’s tricky serve. On a good day for both players, we could see multiple sets being decided by tiebreakers. On a bad day for either player, one break of serve could determine who wins the match.

Collins says she was introduced to tennis by her father, who was a league player. She wasn’t a child prodigy and didn’t come from a wealthy family that could afford private coaches and international travel. Instead, she made do with national tournaments, where her junior ranking was good enough to get a scholarship from the University of Florida. After her freshman year, she transferred to UVA and won the NCAA singles title in her sophomore and senior years.

The 5’10” roadrunner began her professional tennis career in 2016, after graduating with a media studies and business degree. She travelled from one ITF tournament to another, much like her budding peers, often bucking out in early rounds that earned her paychecks as low as $110.

But as she developed a stronger serve, more consistent groundstrokes and began to convert opportunities, results began to show. Collins’ initial breakthrough happened last year, when she went deep at Indian Wells and Miami, scoring upsets over players such as Venus Williams and Madison Keys.

The most striking part about Collins is how unfazed she seems by her new fame. It’s as if she always believed her place was among the elites. Now that she’s officially there, in her own words, Grand Slam victories are “going to keep happening.”