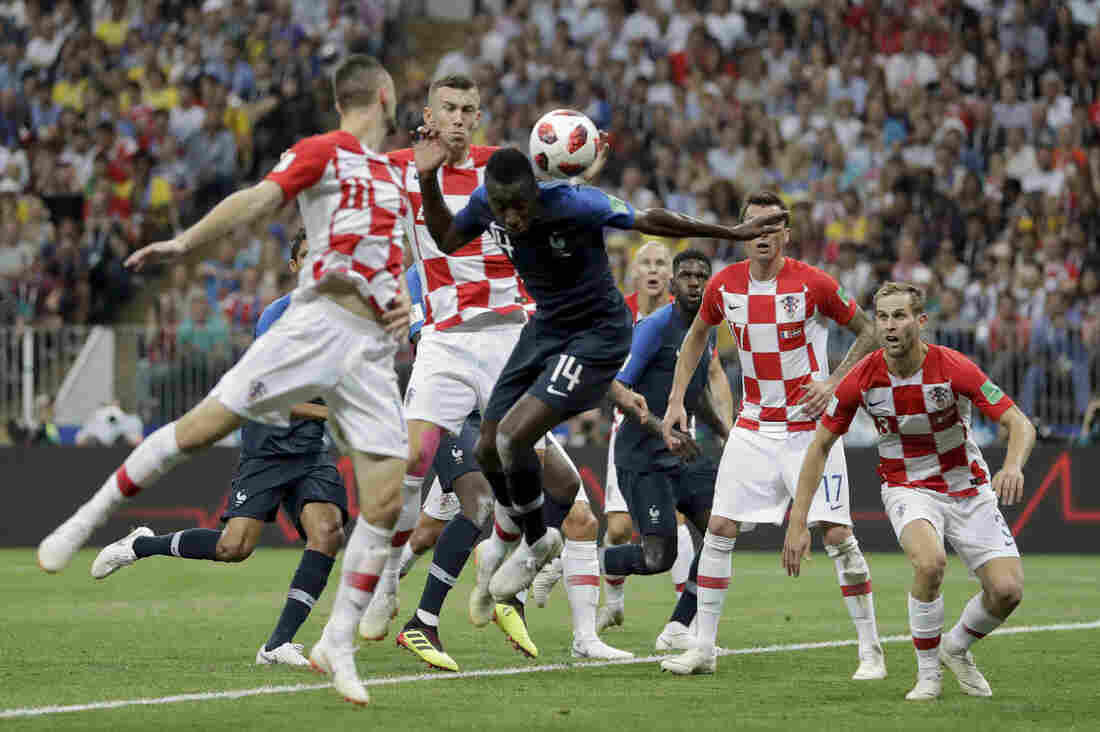 Croatia’s Ivan Perisic, second left, handles the ball to give away a penalty as he jumps for the ball with France’s Blaise Matuidi during the final match between France and Croatia. Matthias Schrader/AP hide caption 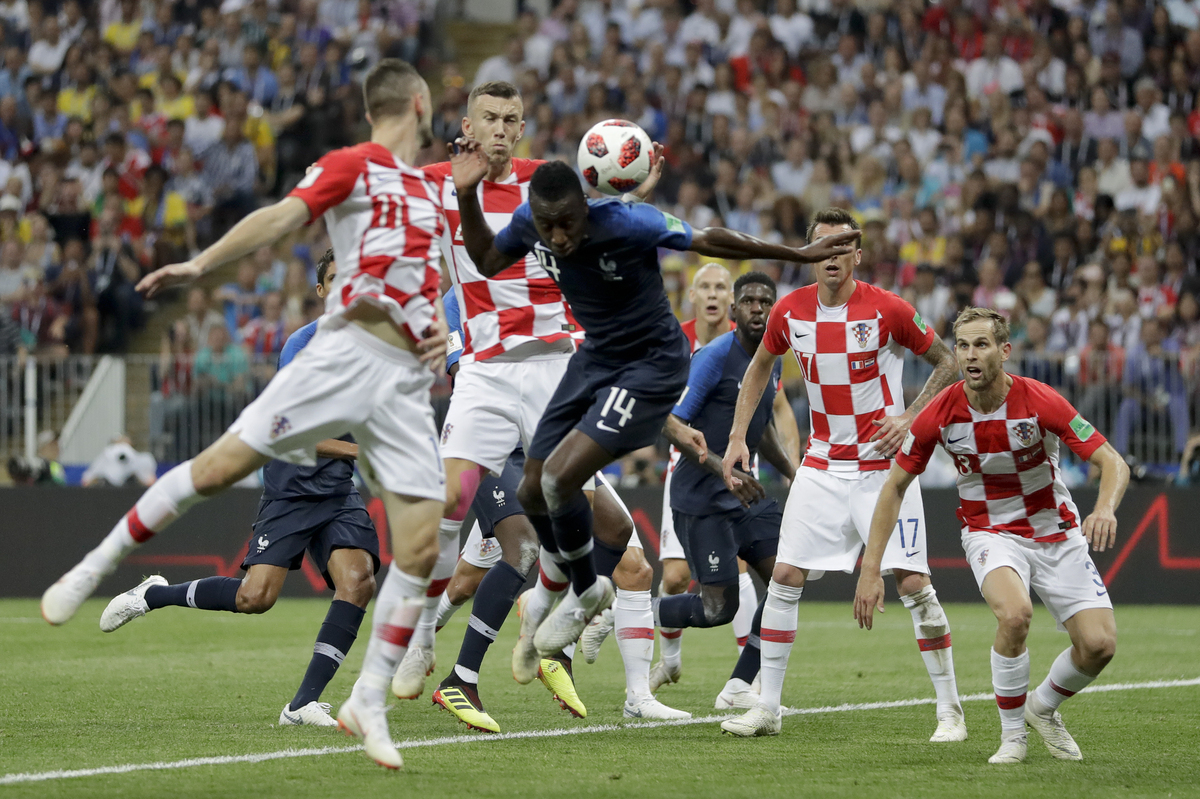 Croatia’s Ivan Perisic, second left, handles the ball to give away a penalty as he jumps for the ball with France’s Blaise Matuidi during the final match between France and Croatia.

France is the champion of the 2018 FIFA World Cup Final, besting Croatia by 4 goals to 2.

France entered the tournament as a favorite, powered by stars such as Kylian Mbappe and Antoine Griezmann, while Croatia was seen as a longshot for victory.

Shortly after, Croatia’s Ivan Perisic delivered a goal, tying up the game. Then, referees awarded France a penalty kick for a handball from Perisic, giving France a valuable opportunity.

It’s an opportunity that France’s Antoine Griezmann made the most of, scoring a goal and bringing the score up to 2-1 at the half.

France’s Paul Pogba scored at the 59 minute mark, quickly followed by another goal from France six minutes later, this time from Mbappe.

Croatia’s Mandzukic then scored, bringing the score to 4-2, thanks to an error from France.

The teams met at Moscow’s Luzhniki Stadium on Sunday, ending the month-long tournament played across Russia.

Croatia’s appearance in the final had a lot to do with their historic streak of endurance, as NPR’s sports correspondent Tom Goldman reported.

“It’s a day of firsts for Croatia: first time in a World Cup Final, first team to get to the final after winning three straight extra time games.” He added that “if France can outlast the Croatians, it will mean a second championship and the first since 1998.”

Les Bleus have done just that.