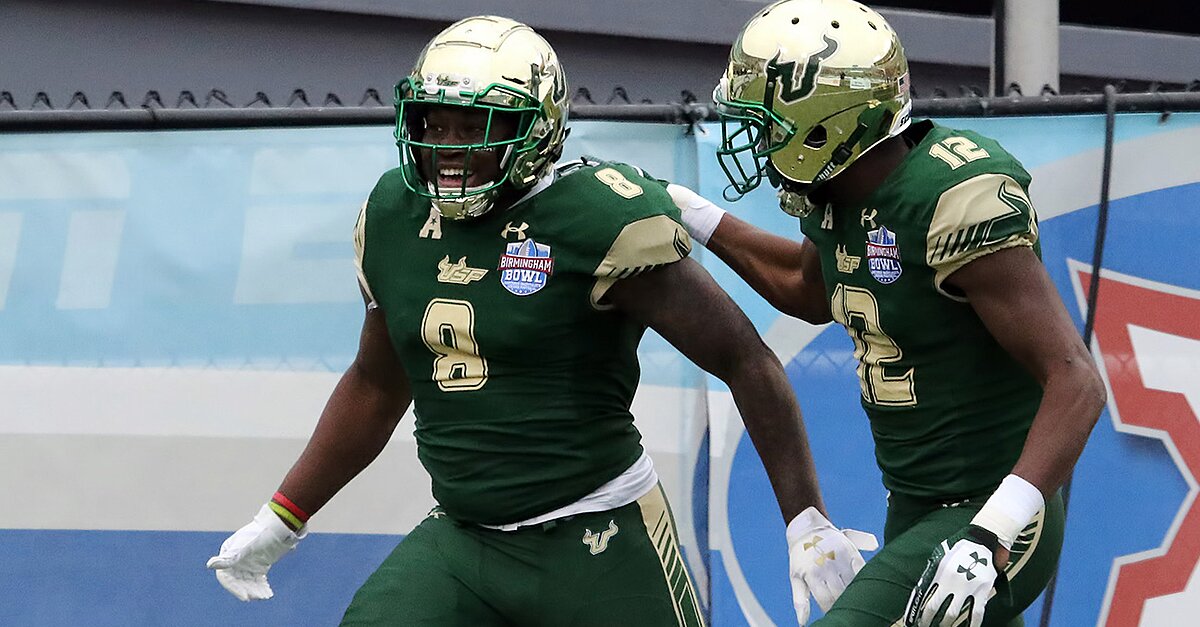 I try not to make too many bold predictions that can be thrown back in my face later, but sometimes the readers demand them. So feel free to screenshot my answer to the first question and use it to mock me in December…

From Rodney: Four teams in college football that could surprise us in 2018?

Every offseason, we spend months recycling the same conventional wisdom only to have some teams make us all look silly. Other than my SiriusXM cohost Barrett Sallee, I don’t know anyone who thought Georgia would win the SEC and make the College Football Playoff last season. No one expected UCF, coming off a 6–7 2016, to go undefeated. Nobody saw Penn State winning the Big Ten in ’16. So which teams could be shockingly good in ’18? Here are a few guesses.

We’ve ceded the ACC to Clemson, and with good reason. The Tigers have won the league three years in a row and made the playoff all three years, with one national title. They had three potential first-round defensive linemen (Christian Wilkins, Austin Bryant and Clelin Ferrell) return to play another season alongside another potential first-rounder (junior defensive tackle Dexter Lawrence). If they don’t start the quarterback who won 12 games as last year’s starter, it’ll be because a younger QB outplayed him.

With all that said, Florida State has the roster to bounce back from a lost season quickly under new coach Willie Taggart. Jimbo Fisher had great success in Tallahassee, but Taggart’s offense could get a lot out of the kind of athletes the Seminoles have always recruited. The defense, with Brian Burns coming off the edge and Levonta Taylor covering the boundary, should remain fairly salty.

After a rough 7–6 season that started with a knee injury to starting quarterback Deondre Francois and ended with the departure of Fisher to Texas A&M, the Seminoles are primed to bounce back much faster than other programs that have gone through that level of drama. Does that mean Florida State will overtake Clemson in the ACC Atlantic Division? Probably not. But it does mean the Seminoles could be back in a New Year’s Six bowl a year after all seemed lost.

Florida Atlantic grabs all the Group of Five headlines in the Sunshine State because we love writing (and you love reading) about Lane Kiffin. UCF is coming off an undefeated season. Boise State is the offseason favorite to grab the New Year’s Six bowl slot dedicated to the highest ranked Group of Five champ.

But don’t sleep on the Bulls. Yes, they lost quarterback Quinton Flowers, but coach Charlie Strong’s team still has the athletes to play with anyone in the American Athletic Conference. This team pushed UCF to the brink last season, and if it can survive an October visit to Ed Oliver and Houston, it could be in position to win its division when UCF comes to visit in the regular-season finale.

The Trojans need to replace quarterback Brandon Silvers, but they’re deep almost everywhere else on offense thanks to coach Neal Brown’s scheme—which rolls in waves of players on a regular basis and creates a perpetually experienced group.

Troy and Appalachian State likely will fight for the Sun Belt title, but the Trojans have a chance to make national headlines when they host Boise State in Week 1 and when they travel to Nebraska in Week 3.

The Mountaineers may be too trendy a pick to put here, but they haven’t completely overdosed on offseason love yet. They bring back stars like quarterback Will Grier, receiver David Sills V and linebacker David Long, and they should be deeper and more experienced on defense than last year. Combine that with the fact that the three best-performing programs in the Big 12 (Oklahoma, Oklahoma State, TCU) have a lot to replace, and West Virginia has a chance to have its best year since joining the league. We probably won’t know exactly how good until November, though. The Mountaineers face TCU, Oklahoma State and Oklahoma in consecutive weeks in the season’s final month.

From @mallory131313: Who is under center for the Noles on Labor Day night?

This is only an educated guess. Taggart hasn’t gotten to see Deondre Francois at full speed yet because Francois is still recovering from the torn patella tendon he suffered last season against Alabama. The competition between redshirt junior Francois, sophomore James Blackman (who replaced Francois as Florida State’s starter after only two months on campus) and redshirt freshman Bailey Hockman will take place in earnest when the Seminoles convene for preseason camp in August.

Taggart made clear last month that he wants to have a starter selected heading into the week of practice prior the Virginia Tech game on Labor Day. “Going into that game, we’re going to have our starter,” Taggart said when I visited Tallahassee in early April. “We’re going to roll. I’m not necessarily a fan of having two quarterbacks. Somebody’s got to separate themselves.” Taggart may not tell us who that starter is, but the team will know.

At this point, I’m guessing that starter will be Blackman, who got progressively better last year despite being thrown into Fisher’s complex (for college football) offense in the midst of what turned out to be a lost season. Francois and Blackman each earned the respect of their teammates by enduring a season’s worth of brutal hits as the starter and getting back up every time. Blackman has had zero off-field issues, though. Francois entering a pre-trial diversion program for possessing a small amount of marijuana isn’t a deal-breaker by any stretch, but the fact that Tallahassee police watched him for two months because they suspected something more serious is not something a new coach wants to deal with regarding his quarterback. So far, Blackman has been relatively maintenance free. Blackman’s skill set is more similar to Oregon’s Justin Herbert, who ran Taggart’s offense brilliantly when he was healthy last season. Francois could make a big push come August, though. His arm is on par with Blackman’s, and he’s as dynamic a runner as former USF quarterback Flowers, who piloted Taggart’s offense in Tampa. But the Seminoles are going to have Cam Akers and Jacques Patrick carrying the ball a lot next season, so that may not matter as much.

From Colin: Michigan State ran on 56% of its plays last year (this includes Brian Lewerke scrambles). With their starting QB and so many receivers returning, plus inexperience at RB behind LJ Scott, do you think MSU might make it to a 50/50 ratio in 2018?

That probably wouldn’t make Mark Dantonio very happy, and not because he doesn’t want offensive balance. If the Spartans drift closer to throwing on 50% of their plays, it’s probably because they’re either playing closer games or losing.

The old adage posits that teams win because they can run the ball, but the truth is that most teams run because they’re winning. They do this because they want to eat clock and reduce the number of opponent possessions, which makes it more difficult for that opponent to mount a comeback.

Don’t worry so much about the percentages. Worry about the results. If Michigan State throws 60% of the time in first halves and runs 75% of the time in second halves next year, that probably means the Spartans are having a great season.