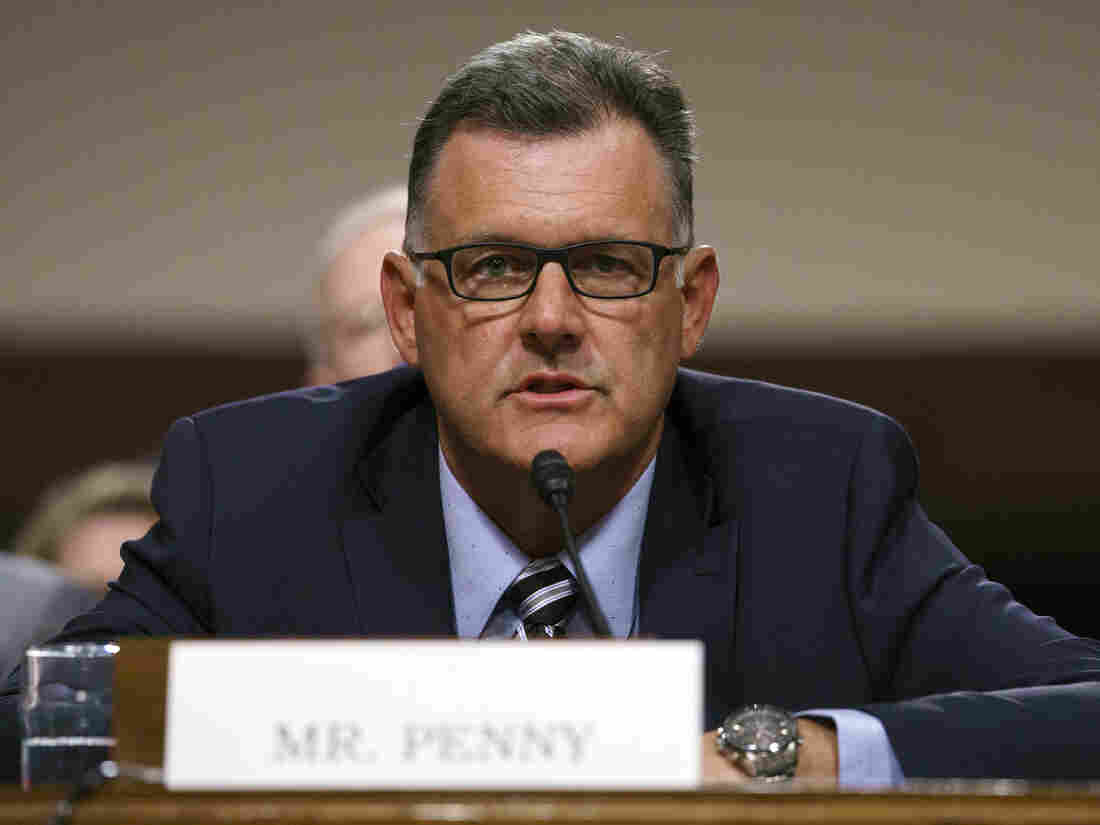 The former head of USA Gymnastics, Steve Penny, invokes his right under the Fifth Amendment not to answer questions during a Senate hearing on Tuesday. Carolyn Kaster/AP hide caption 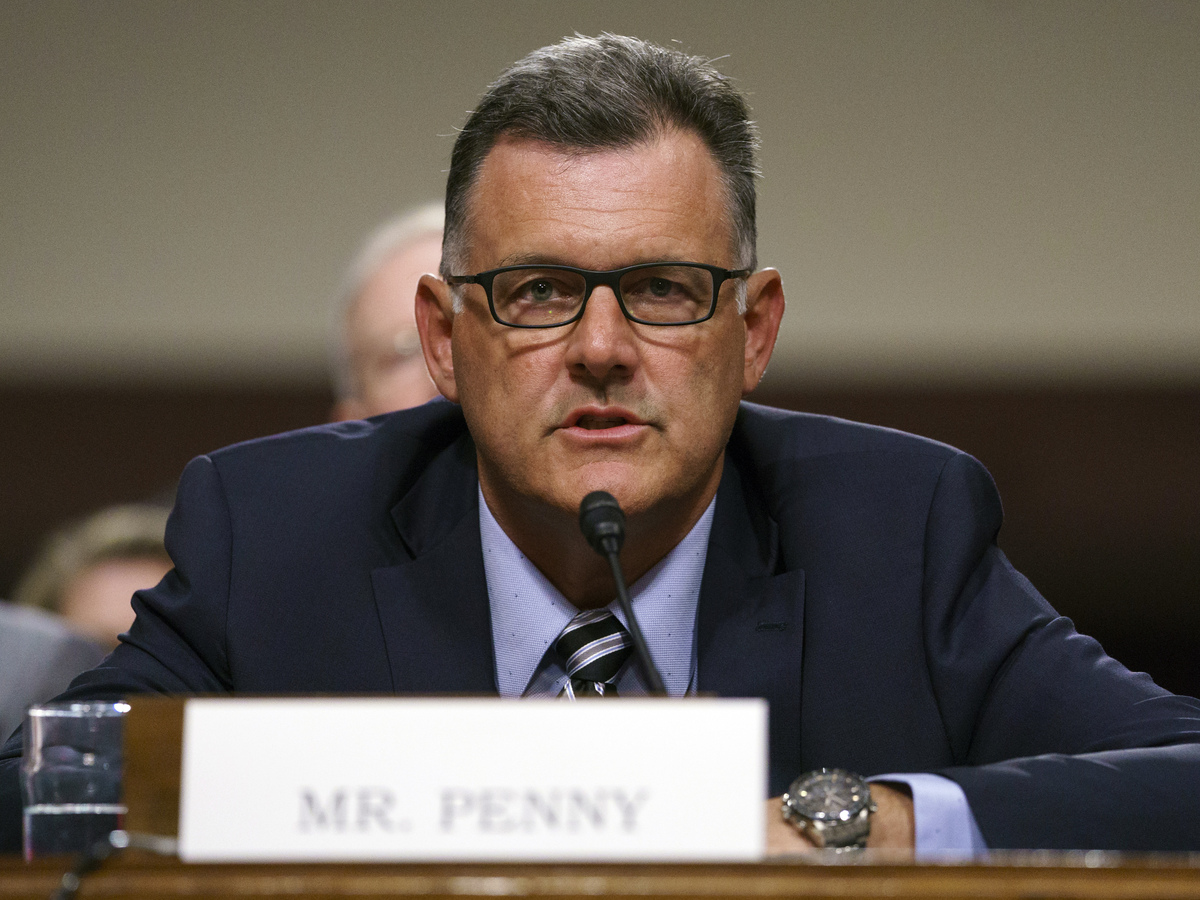 The former head of USA Gymnastics, Steve Penny, invokes his right under the Fifth Amendment not to answer questions during a Senate hearing on Tuesday.

The former president and CEO of USA Gymnastics, Steve Penny, was dismissed from a hearing before a U.S. Senate subcommittee investigating the sexual abuse of athletes by ex-team doctor Larry Nassar on Tuesday after Penny refused to answer questions by lawmakers.

Penny, who answered only one question, about how long he was employed by USA Gymnastics, was subpoenaed to testify but asserted his Fifth Amendment rights six times and made it clear he would not respond to the senators’ queries.

As he hurriedly left the room a woman in the audience yelled out a single cry of “shame!”

On Tuesday emails submitted to the subcommittee on Consumer Protection, Product Safety, Insurance and Data Security in advance of the hearing, appear to show Penny had ordered USAG officials not to disclose the allegations of sexual abuse against Nassar a full week before the FBI was notified.

Penny has so far denied all accusations that he attempted to cover up Nassar’s abuse. And the organization has claimed that it was slow to share information about the young women’s stories of being molested with other athletes and their parents at the insistence of the FBI because it would interfere with the ongoing investigation.

But an email dated July 21, 2015, that appears to be from Penny to Rhonda Faehn, former senior vice president of the organization’s women’s program, who also appeared before the subcommittee Tuesday, reads:

“You are receiving this email because you are among those that are aware of the current issue concerning USA Gymnastics and one of our medical staff. Pertaining to this issue, you are instructed not to have any conversations with anyone concerning this issue until further notice.”

It wasn’t until July 27, 2015 — six days later and five weeks after a USAG coach reported concerns regarding Nassar’s abusive medical treatments — that the gymnastics organization contacted the FBI.

In a prepared statement to senators, Faehn expounded on what she believed to be Penny’s instructions. “Each time I immediately reported these incidents, I was told by Penny not to say anything to anyone for fear of possibly impeding any investigation of Nassar. I was not aware of any delay in contacting authorities or of any efforts to misinform anyone of the reasons for Nassar’s departure from USAG.”

During the hearing, Faehn asserted she believed she was fulfilling her duty by reporting the suspected abuse only to her superior and not contacting law enforcement authorities. She said she was not aware of mandatory reporting laws.

Nassar has been sentenced to 60 years in prison on federal child pornography charges. In two separate cases, he admitted to molesting young gymnasts and received additional sentences amounting to decades behind bars.