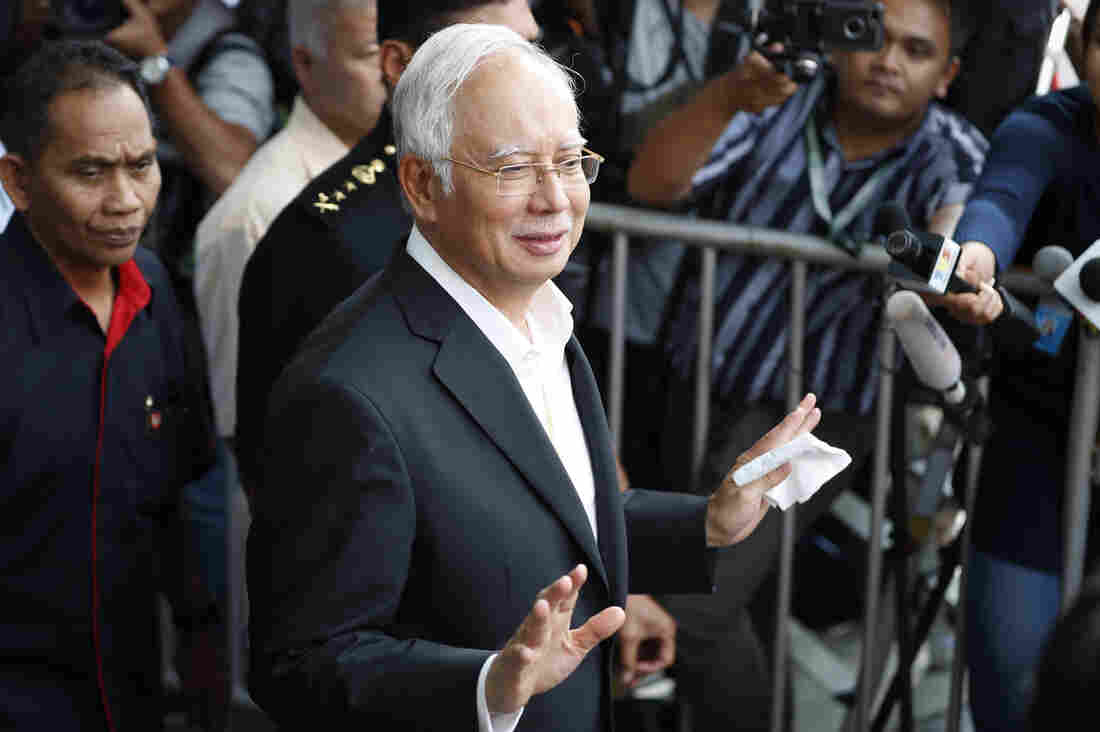 Former Malaysian Prime Minister Najib Razak, shown here in May, has been arrested over questions about corruption involving billions of dollars in a government fund. Vincent Thian/AP hide caption 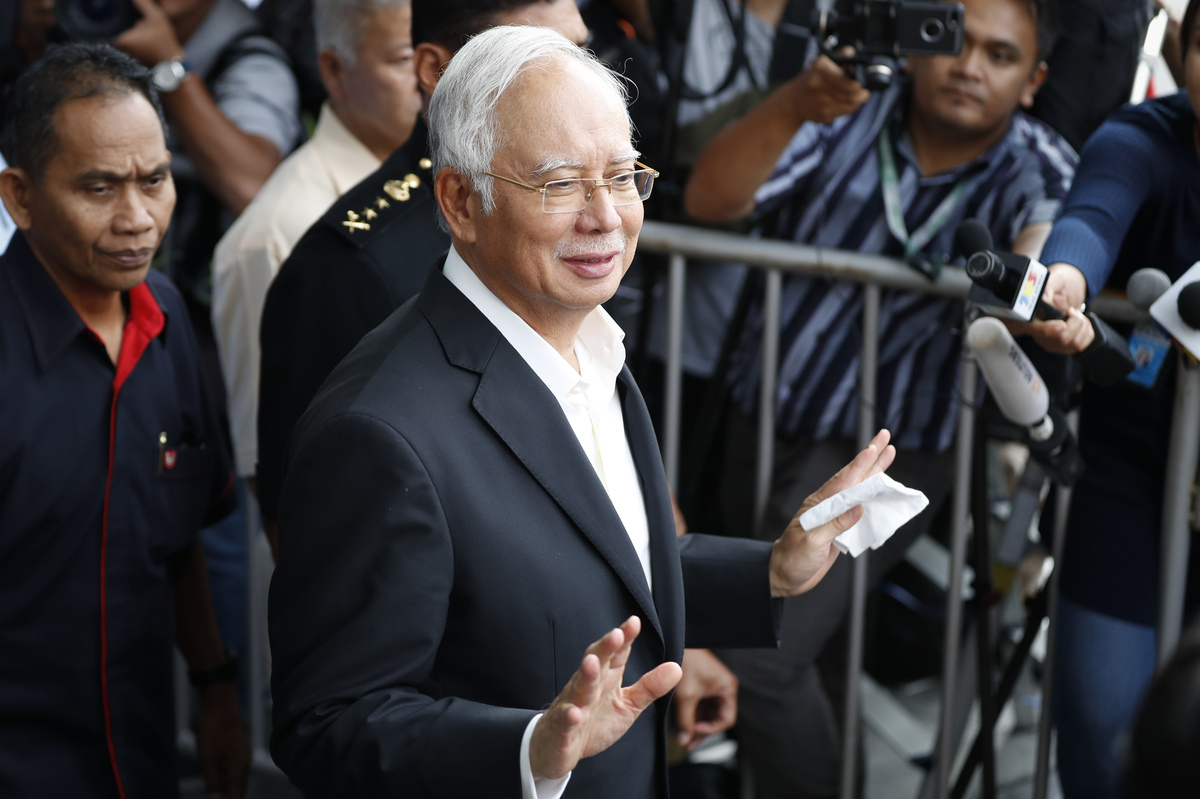 Former Malaysian Prime Minister Najib Razak, shown here in May, has been arrested over questions about corruption involving billions of dollars in a government fund.

Former Malaysia Prime Minister Najib Razak has been charged with corruption and criminal breach of trust in connection with the multibillion-dollar graft scandal known as 1MDB.

Najib was charged in a lower court Wednesday in the Malaysia capital of Kuala Lumpur with three counts of criminal breach of trust and one count of corruption. The charges come one day after Najib was arrested by anticorruption officials.

Each criminal breach of trust comes with up to 20 years in prison, according to the Associated Press. Because he is more than 60 years old, Najib will be exempt from the whipping penalty that also comes with those charges. The Straits Times reports that the corruption charge carries a maximum sentence of 20 years in prison and a fine of not less than five times the value of the bribe.

The case immediately will go to High Court, the third-highest level of courts in Malaysia. Najib is expected to contest the charges, according to a statement released Tuesday by his spokesman.

Former Malaysian Prime Minister Najib Razak was arrested Tuesday over his alleged role in a scandal involving the misuse of billions in government funds.

Najib has been investigated over suspicions that he may have siphoned off monies linked to a state investment fund called 1MDB.

Authorities have “seized jewelry and valuables valued at more than 1.1 billion ringgit ($272 million) from properties linked to Najib,” according to The Associated Press.

It’s not clear exactly what charges that Najib, who has denied wrongdoing, is facing as a result of the probe carried out by a government task force.

Najib set up the 1Malaysia Development Bhd government investment fund in 2009, and as NPR’s Elise Hu has reported, it rapidly amassed billions of dollars in debt.

The Wall Street Journal, which brought the scandal to international attention, published a report in 2015 that investigators looking into 1MDB had “traced nearly $700 million of deposits into what they believe are the personal bank accounts” of Najib.

Najib tried to quash the Malaysian probe when the scandal came to light, according to the Journal. But as the newspaper notes, “a surprising election defeat in May stripped Mr. Najib of his ability to block investigations in Malaysia into what international prosecutors allege is one of the largest financial frauds of all time.”

The U.S. Justice Department has also been investigating 1MDB, the Journal states, and “alleges in civil lawsuits that $4.5 billion was taken from the fund and used to buy mansions, a yacht and to fund a Hollywood production company, among other uses.”

U.S. investigators allege that Najib’s stepson’s company, “Red Granite Pictures Inc., used money stolen from 1MDB to finance Hollywood films including the Martin Scorsese-directed ‘The Wolf of Wall Street,’ ” according to the AP. That company has paid a settlement, the news service adds.

Even though Najib has denied wrongdoing, the scandal played a role in unseating him as prime minister in May’s shock election that also saw the ousting of Malaysia’s ruling party of more than 61 years.

Mahathir Mohamad, Najib’s 92-year-old successor who came out of retirement to run for election, told Reuters last month that there was “an almost perfect case” against the former prime minister.

After the election, Najib and his wife were barred from leaving the country and have been under investigation, according to the AP. Last week, Mahathir vowed that Najib would be prosecuted “soon” and said “much damage had been done by the previous government administration.”

According to the Malaysian Anti-Corruption Commission, Najib is set to appear in court in Kuala Lumpur on Wednesday.