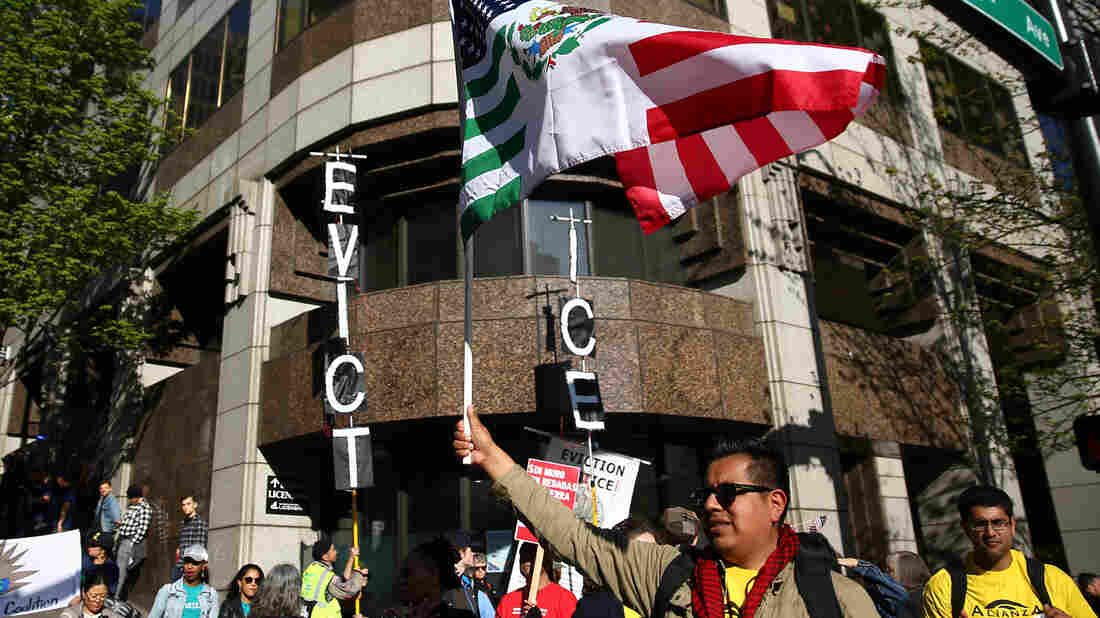 A former top attorney at ICE in Washington state has pleaded guilty to stealing the personal information of immigrants who were at risk of deportation, and using the data to defraud banks. Here, protesters stand outside the ICE office in Seattle during a demonstration in May. Lindsey Wasson/Reuters hide caption 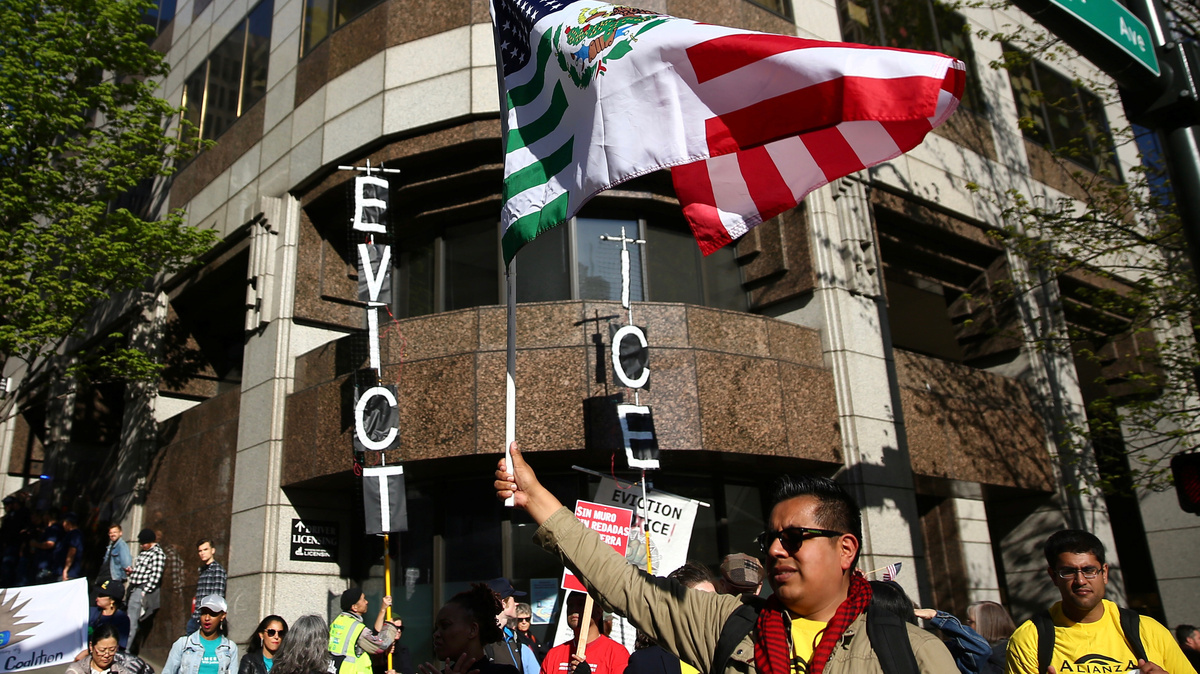 A former top attorney at ICE in Washington state has pleaded guilty to stealing the personal information of immigrants who were at risk of deportation, and using the data to defraud banks. Here, protesters stand outside the ICE office in Seattle during a demonstration in May.

Raphael A. Sanchez, who was chief counsel at the U.S. Immigration and Customs Enforcement office in Seattle when he opened credit cards and took out loans using the personal information of vulnerable immigrants, faces sentencing in federal court today.

He is expected to serve four years in prison as part of a plea deal with the Justice Department. A judge must formally sign off on the deal.

Sanchez — whose responsibilities included overseeing immigration removal cases in several states — stole and exploited the identities of people who prosecutors say were “particularly vulnerable given their status as deported or otherwise excludable.”

He also misreported his earnings in his IRS filings. And, the Justice Department said, Sanchez “claimed three aliens as relative dependents on his tax returns for 2014 through 2016.”

Sanchez, 44, pleaded guilty in February to one count of wire fraud and one count of aggravated identity theft. As part of his plea, he also signed a statement of fact acknowledging his actions.

That plea came just days after Sanchez resigned in the face of the charges looming against him.

In immigration cases, “government lawyers often point out how unauthorized immigrants use fake social security numbers to get jobs,” as KUOW has reported. The member station says people who worked with Sanchez were shocked by his behavior.

Sanchez opened bank accounts, utility service accounts and email accounts under immigrants’ names — filling applications with the names, dates of birth, Social Security numbers and other data that he took from ICE computers and files, according to the government.

He also used his work computer to create counterfeit documents, such as Washington state drivers’ licenses.

Once the stolen identities were established, Sanchez used them to open lines of credit, write to credit bureaus and transfer funds to his own accounts. In some cases, he bought items for himself using credit cards bearing the names of people his office had either deported or was considering deporting.

His victims were “numerous,” the Justice Department said in the court filing. The government listed seven people as examples in the case, identifying them only by their initials.

Sanchez brought in nearly $200,000 from the scheme, the government said. It added, “Meanwhile, many of the Victim Aliens left the United States unaware of the debts that Sanchez incurred in their names and that these substantial balances were due, owing, and growing.”

The fraud was complex, involving a corporation and bogus sales between commercial enterprises. From the Justice filing:

“Sanchez used a corporation named ‘Royal Weddings,’ an Amazon Marketplace account, and businesses operating under various trade names, including ‘Cool and Quirky Cars,’ and ‘Integral USA,’ to transfer fraudulent proceeds from accounts in the names of the Victim Aliens to his own personal accounts. Sanchez, acting as both merchant and customer, made charges or drew payments in the names of Victim Aliens to himself or to entities that he controlled. Sanchez used mobile payment services such as Square to process the transactions, making it appear as if the Victim Aliens were merely making purchases and to avoid detection.”

Discussing what he called a duty to honestly enforce the law, Acting Assistant Attorney General Cronan said, “Raphael Sanchez betrayed that solemn responsibility and abused his official position to prey upon aliens for his own personal gain.”

Cronan also commended ICE for “quickly and fully investigating this matter and referring it to the Justice Department for prosecution.”

In 2017, ICE’s regional office in Seattle reported making 3,376 arrests in “enforcement and removal” operations, covering a territory that includes Oregon, Alaska and Washington.