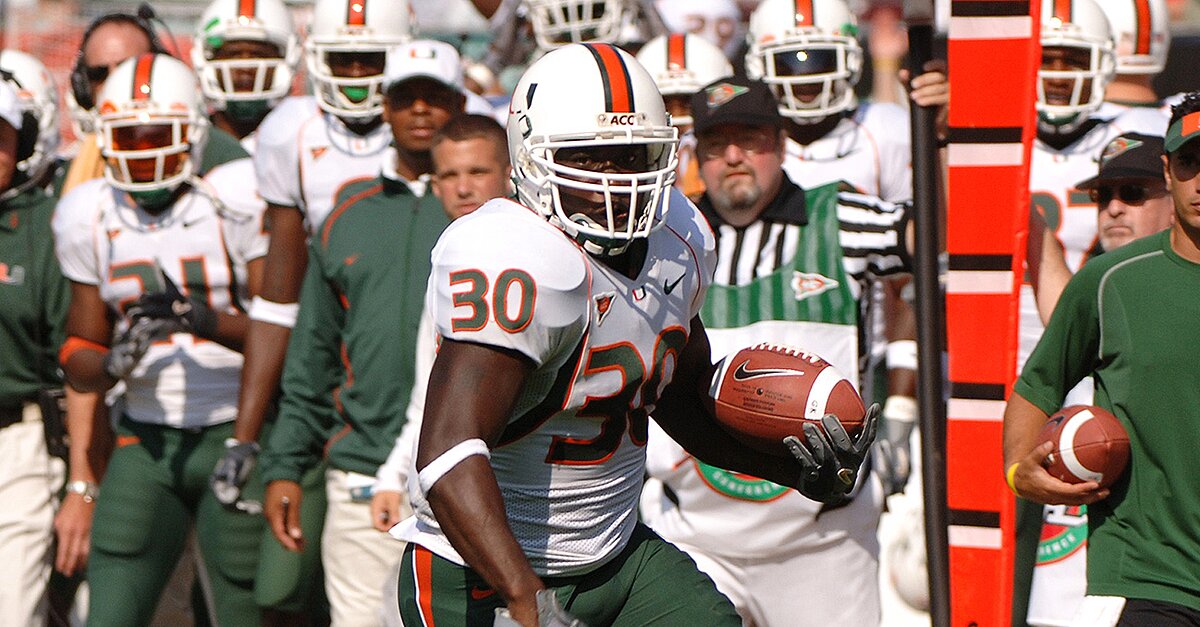 Moss died of undisclosed reasons, according to the Orlando Sun-Sentinel. His former high school coach, Steve Davis, told the Sun-Sentinel that Moss was battling “an unspecified illness or medical condition.”

The running back was a top recruit out of Blanche Ely High School in Pompano Beach, Fla. Moss graduated in 2003 and helped lead the team to a state title in 2002. He tallied 7,105 yards during his high school career.

“It’s a total shock,” Davis said. “He was, by far, the best player I’ve ever coached at the high school level…My greatest moment was watching him in that state championship. He had over 200 yards. He was just incredible. He was a great football player, but he was a greater human.”

During his best season, Moss rushed for a team-high 701 yards and was named to the first-team All-ACC team in 2005. His season was shortened with an ACL injury, but Moss returned the following year to score three touchdowns and rush for 285 yards in eight games.

Moss also recorded seven 100-yard games during his four seasons with the Hurricanes.