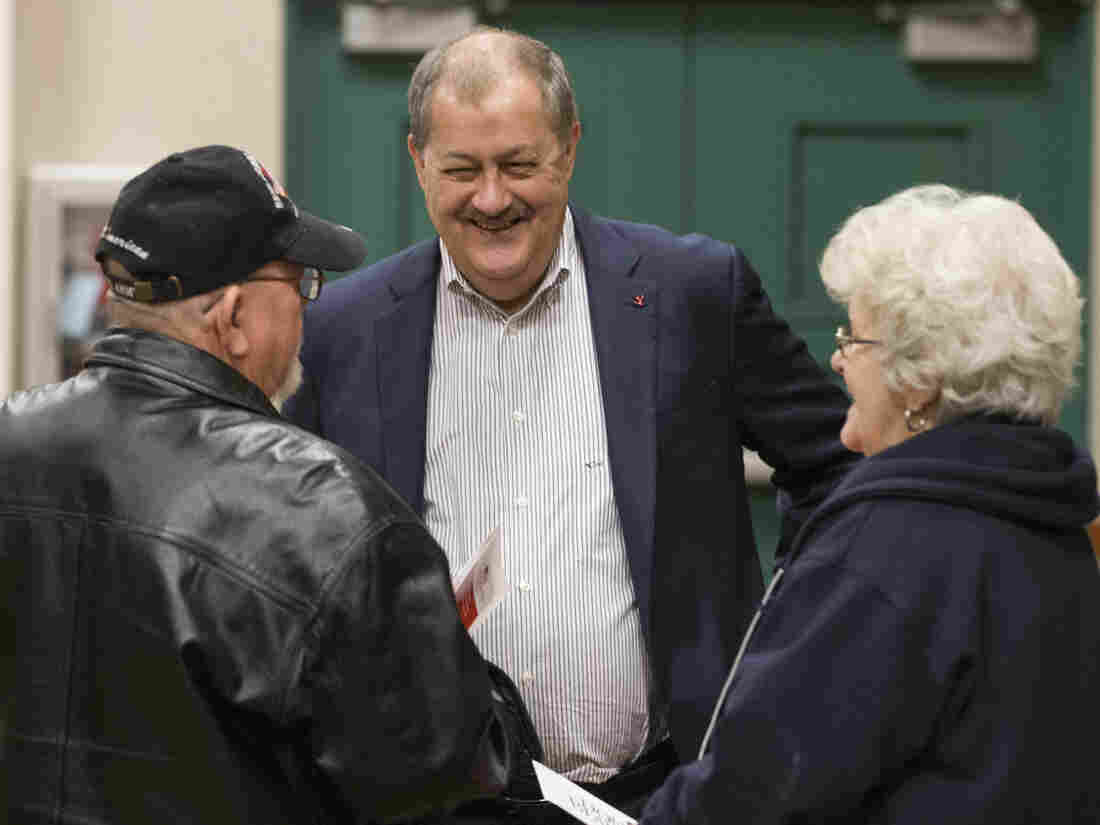 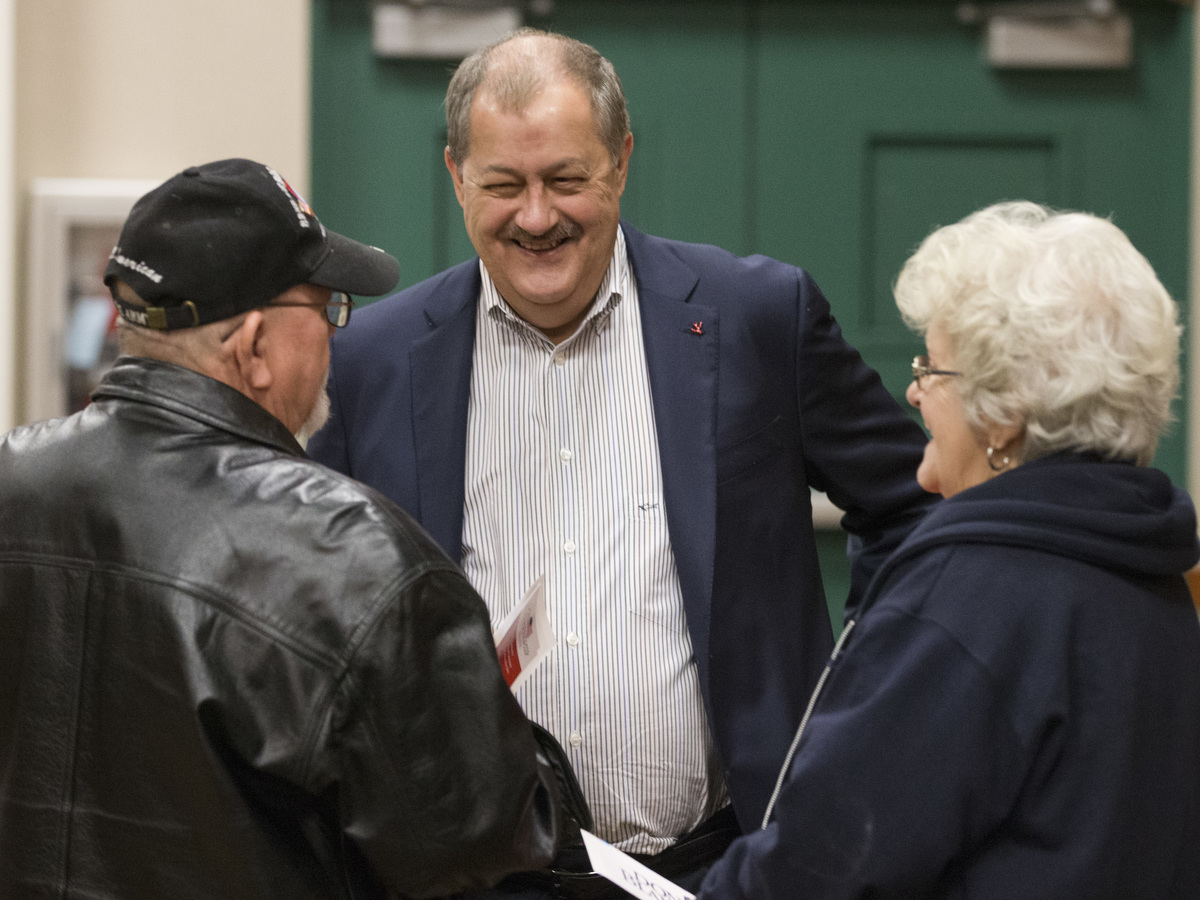 Don Blankenship is an unlikely hero to the working class.

But the former coal company CEO, who spent a year in prison for safety violations related to the deaths of 29 miners in an explosion at the Upper Big Branch mine in West Virginia, has been running against the Republican establishment — and internal polls show him gaining ground in the campaign’s final days. He is seeking the GOP nomination to face Sen. Joe Manchin, who is considered among the most vulnerable Democrats seeking reelection.

Here’s another sign that Blankenship is suddenly being taken seriously as a candidate: Senate Majority leader Mitch McConnell urged President Donald Trump to take steps to stop Blankenship’s surge. Trump got the message, taking to Twitter to tell West Virginia Republicans NOT to support Blankenship.

Trump tweeted early Monday morning, “To the great people of West Virginia we have, together, a really great chance to keep making a big difference. Problem is, Don Blankenship, currently running for Senate, can’t win the General Election in your State…No way! Remember Alabama. Vote Rep. Jenkins or A.G. Morrisey!”

To the great people of West Virginia we have, together, a really great chance to keep making a big difference. Problem is, Don Blankenship, currently running for Senate, can’t win the General Election in your State…No way! Remember Alabama. Vote Rep. Jenkins or A.G. Morrisey!

The reference to Alabama is to the December special election where Trump unsuccessfully backed Republican Judge Roy Moore for Senate, despite multiple allegations of child molestation and assault going back decades. Moore won the primary, but lost the special election to Democrat Doug Jones in a race the GOP never imagined it could lose when the seat opened up.

West Virginia is the definition of Trump Country. He carried this state by more than 40 points in 2016, running against “Obama’s War on Coal.” It’s a reference to environmental regulations pushed by the Obama administration.

Don Blankenship has learned from the 2016 Trump playbook, running a campaign that is in your face, unapologetic, outside the norms, and extremely politically incorrect.

Not unlike the Trump campaign, it has brought accusations of racism, specifically because of the way Blankenship has referred to McConnell’s wife, US. Transportation Secretary Elaine Chao, who was born in Taiwan to Chinese parents. Chao has lived in the U.S. since she was 8 years old.

In a TV spot that’s ostensibly about “draining the swamp” in Washington, Blankenship looks at the camera and says “Swamp captain Mitch McConnell has created millions of jobs for China people.” He adds that in the process the GOP Senate leader has gotten rich, “In fact, his China family has given him tens of millions of dollars.” When asked by a reporter if the ad is racially insensitive, Blankenship compounded the problem by making a reference to the “Negro” race.

Blankenship reacted to Trump’s Twitter criticism by issuing a written statement of response. “West Virginia will send the swamp a message — no one, and I mean no one, will tell us how to vote.”

He was punching back hard the same way Trump does when he’s been attacked or feels maligned.

Then came this from Blankenship’s statement, “As some have said, I am Trumpier than Trump and this morning proves it.”

Of course, Blankenship’s style and approach as a candidate are only a small part of his biography.

On his website, the section labeled “ABOUT ME” portrays this 68 year old coal industry millionaire as just like those whose vote he is seeking.

“My life, like most of yours, has had its up and downs,” he writes in the very first line.

He describes growing up poor in West Virginia. Playing baseball as a child, and his childhood job “pumping gasoline into coal miners’ cars at our family gas station.”

There’s great detail describing his school years, and running for student body president, and college at Marshall University. He recalls a plane crash in 1970 in which the Marshall football team was killed. “This was my first experience with horrific tragedy.”

He writes about going to work for Massey Coal Company starting in 1982 and after many promotions rising to chairman a decade later. His bio lists his 2010 retirement, but there are no details about the tragic events of that year that cost him his job and resulted in prison time.

Not mentioned in this official bio is the explosion that killed 29 at Massey Energy’s Upper Big Branch mine. Blankenship was indicted for cutting corners on safety regulations, resulting in excessive amounts of coal dust and methane gas in the mine.

A jury found him guilty on one of three charges, saying that the CEO conspired to willfully violate safety standards. It was a misdemeanor and he was sentenced to one year in prison and a fine of $250,000. He was acquitted on separate charges of securities fraud and making false statements. (Full NPR coverage of the mine disaster and aftermath can be found here).

During his Senate campaign, Blankenship talks about coal mining all the time, but his preferred focus is on the Obama administration as having waged a war on coal. He portays himself as fighting on the right side in that war. And despite the deaths of miners, and the years of safety violations at mines where he was a top executive, that puts him on the side of West Virginia coal miners.

He hopes that will lead to victory in the GOP primary, even if President Trump, Majority Leader McConnell, and Republicans nationally think a Don Blankenship victory Tuesday would make their goal of unseating vulnerable Democrat Joe Manchin all but impossible.