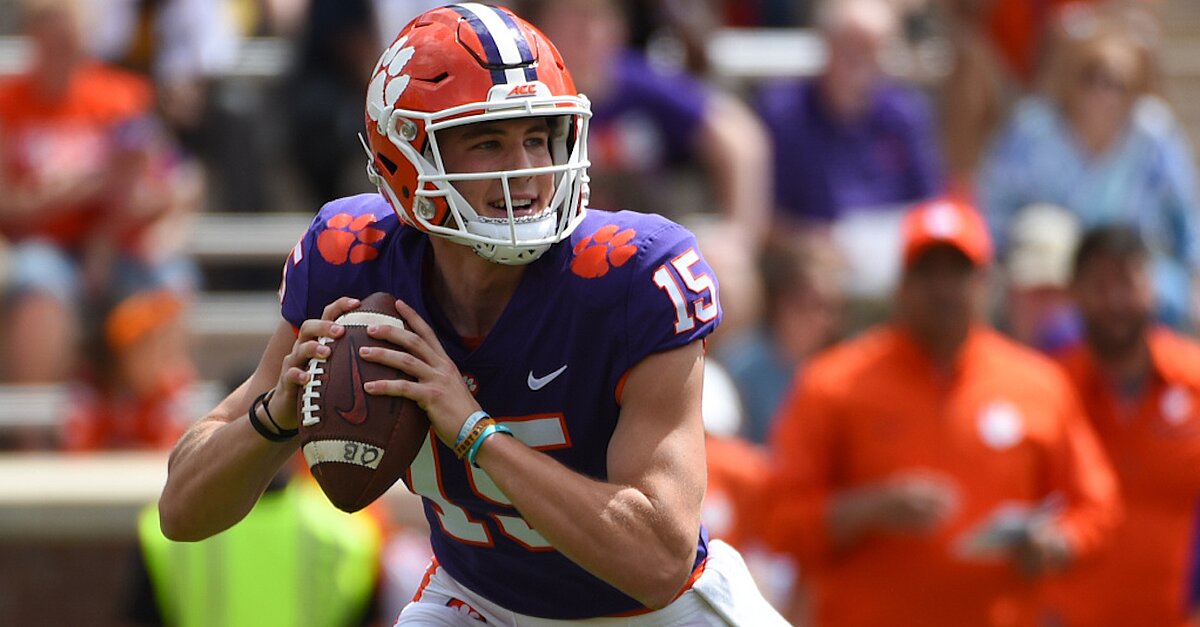 The five-star quarterback is a massive haul for the Wildcats.

Johnson, a rising sophomore, was a five-star recruit in the 2017 class and threw for 234 yards, two touchdowns and an interception last year as the team’s third-stringer. The QB was reportedly considering Duke and Purdue before picking Northwestern, where his brother, Cole, played as a wide receiver.

“I’m thrilled to be part of the Wildcat family,” Johnson said in a statement. “The program that Coach [Pat] Fitzgerald and his staff have built at Northwestern is phenomenal, and one my family has had the opportunity to get to know and trust.”

After competing for the starting job in the spring with incumbent starter Kelly Bryant and Trevor Lawrence, 2018’s No. 1 overall QB prospect according to 247Sports, the Brownsburg, Ind., product determined his best shot at playing time was using his redshirt year to transfer elsewhere and gear up for 2019.

Per the NCAA’s transfer rules, Johnson will need to sit out 2018. But the quarterback will have three years of eligibility remaining and will be in line to take over for senior Clayton Thorson, who Mel Kiper ranked as the fourth best senior quarterback in the class.

“We are ecstatic to add a player of Hunter’s caliber and character to our program,” Pat Fitzgerald said in a prepared statement.