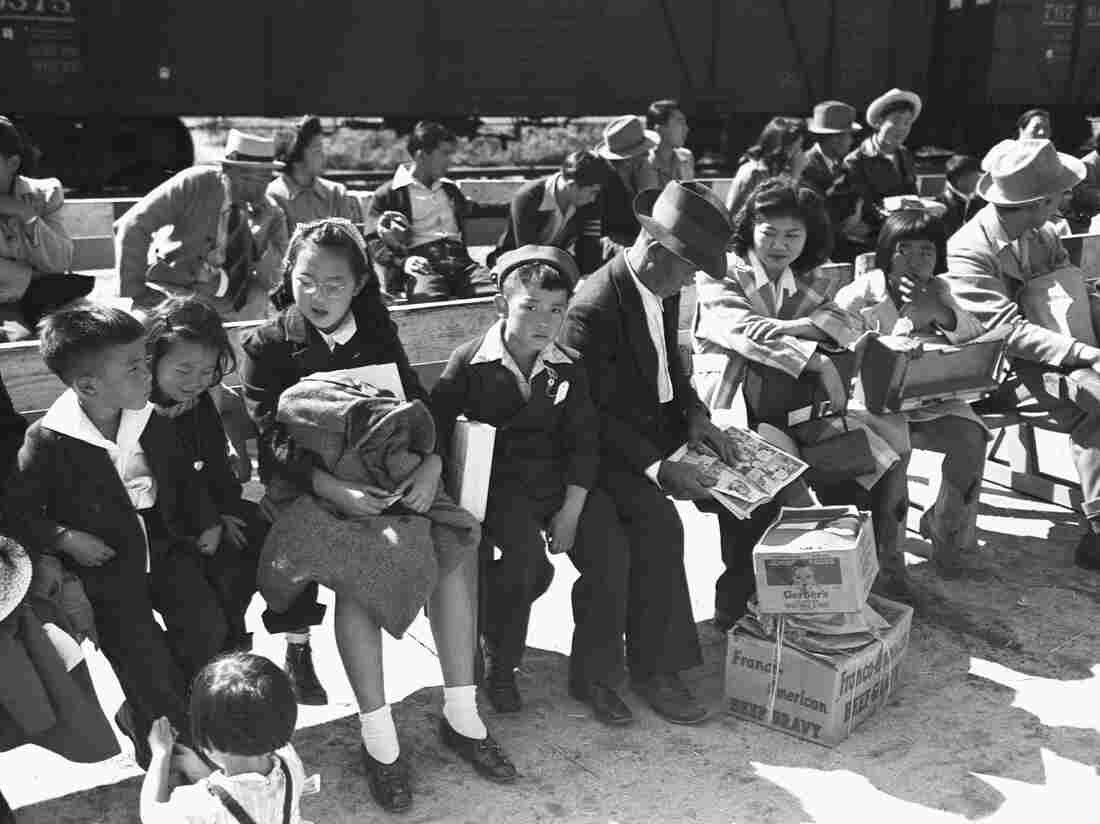 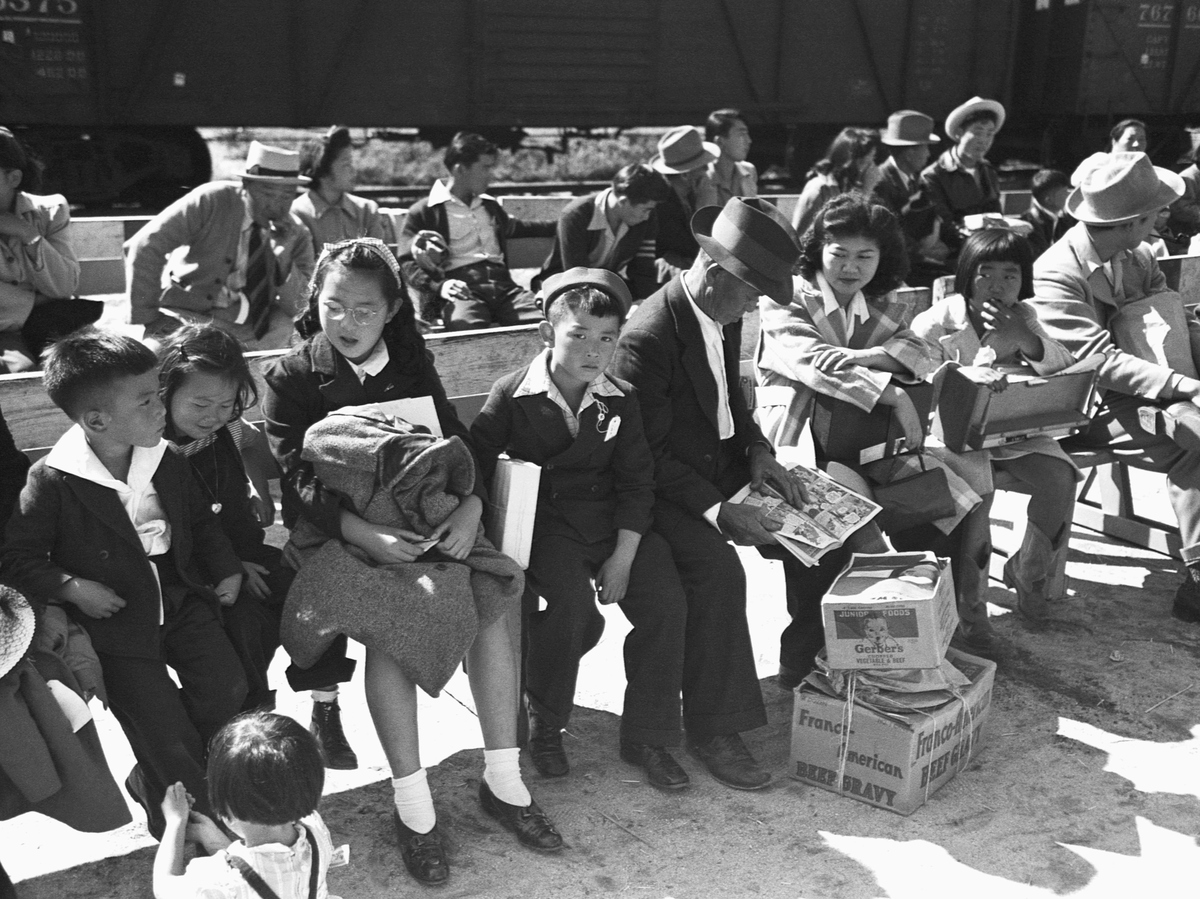 Third grade teacher Tony Osumi says he, like a lot of Americans, watched the recent news from the Southern US border with growing dismay. The images and sounds of wailing children being pulled from their tearful parents’ arms and taken away to temporary shelters made him wince—and reminded him of the first day of school for children who hadn’t been before.

“It’s hard enough when parents drop off kids for the first time and seeing that,”says Osumi, who teaches in Los Angeles. But this was so much worse: In Osumi’s school, the new students would be retrieved at the end of the day, and returned home to be quizzed and comforted by their parents. There was no such assurance for children at the border.

Flashbacks to a traumatic time

The border separations also reminded him of something less benign: the separations many Japanese American families on the West Coast experienced in the aftermath of the attack on Pearl Harbor. In the initial days after the attack, Osumi says, “many of our fathers were picked up by the FBI immediately after Pearl Harbor and taken without notice, where they were going, and how long they’d be gone.”

Shortly after Pearl Harbor, Franklin Roosevelt signed Executive Order 9066, which authorized the US military to round up all Japanese and Japanese Americans who lived on the West Coast. The entire West Coast, from the Pacific Northwest down to San Diego, was declared a military zone, and the Japanese American families were ordered to relocate to a series of concentration camps that were mostly scattered across inhospitable parts of the Western interior.

The camp barracks were hastily erected wooden structures with one naked electric lightbulb. An actual barrack stands on permanent display at the Japanese American National Museum in downtown Los Angeles. Rick Noguchi, the museum’s chief operating officer, says this rickety structure came from the Heart Mountain camp, in Wyoming. (In 1988 President Ronald Reagan signed HR 442 “to right a grave wrong.” Named for the Japanese American 442nd Regimental Combat Team in World War II, the most decorated unit of its size, HR 442 offered a formal apology for the incarceration and reparations to camp survivors.)

The reports from the border this week, Noguchi says, sent a collective shudder through many Japanese American communities around the country. He knows that children who were in the camps during the war grappled with that trauma well into adulthood. “We know that there have been impacts on individuals psychologically because they’d been forcibly removed from their parents, so there are direct parallels” to the border separations.

David Inoue is executive director of the Washington, DC-based Japanese American Citizens League. “This is something that’s deeply personal for many of us,” he says. “The incarceration experience where families were very similarly torn apart as they were put in the camps and the lasting scars that many people carried from that, has led to deep emotional and visceral reactions” to the border separations.

Adding to the trauma, says Rick Noguchi, was the fact that many white Americans watched the removal of their fellow citizens and did nothing. “From what I understand, there were very few groups and people who were opposed to Japanese Americans going to camp.” Aside from some notable objections from the American Quaker community, “people were pretty passive about it and didn’t take action to prevent it from happening.” 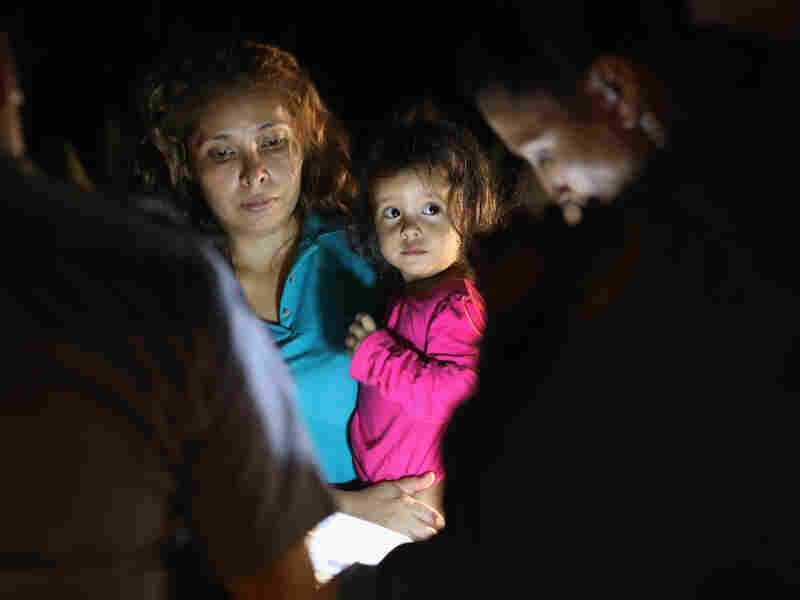 Central American asylum seekers, including a Honduran girl, 2, and her mother, are taken into custody near the U.S.-Mexico border on June 12, 2018 in McAllen, Texas. John Moore/Getty Images hide caption 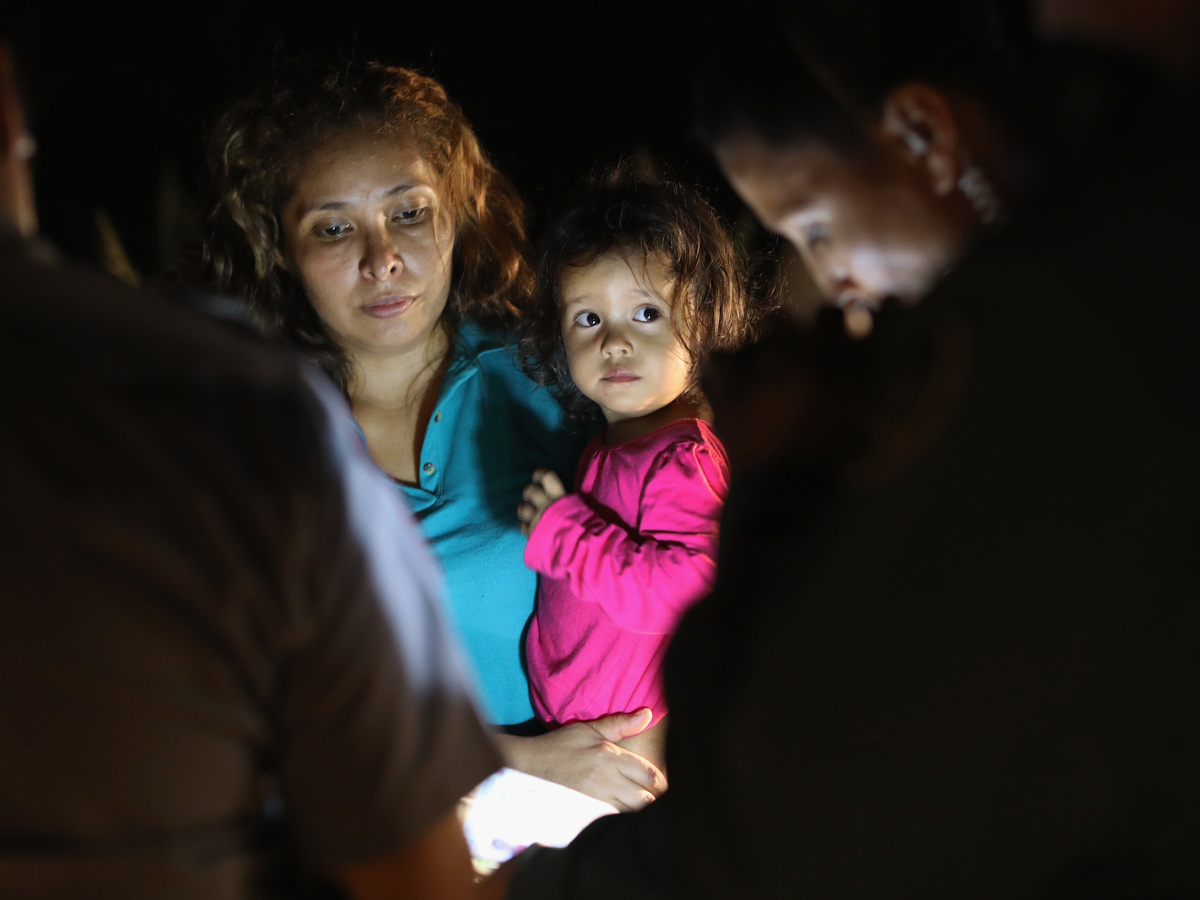 Central American asylum seekers, including a Honduran girl, 2, and her mother, are taken into custody near the U.S.-Mexico border on June 12, 2018 in McAllen, Texas.

Standing Up, Speaking Out

Why is why, all three men say, it’s vitally important to protest the treatment of migrant families at the Mexican border today.

“I never thought we’d have to deal with camps again, as a Japanese American; it was always in the abstract” Tony Osumi says. “But this is a wake-up call. This is a time for people of good conscience to speak up.”

David Inoue, of the JACL, says many Japanese Americans believe this support is mandatory. “To target people, as this administration is doing right now with the immigrant population–with this border activity or the Muslim travel ban, targeting Muslims as a group—is exactly what happened to Japanese Americans during World War II. And we’re here to stand with groups that are now being targeted similarly.”