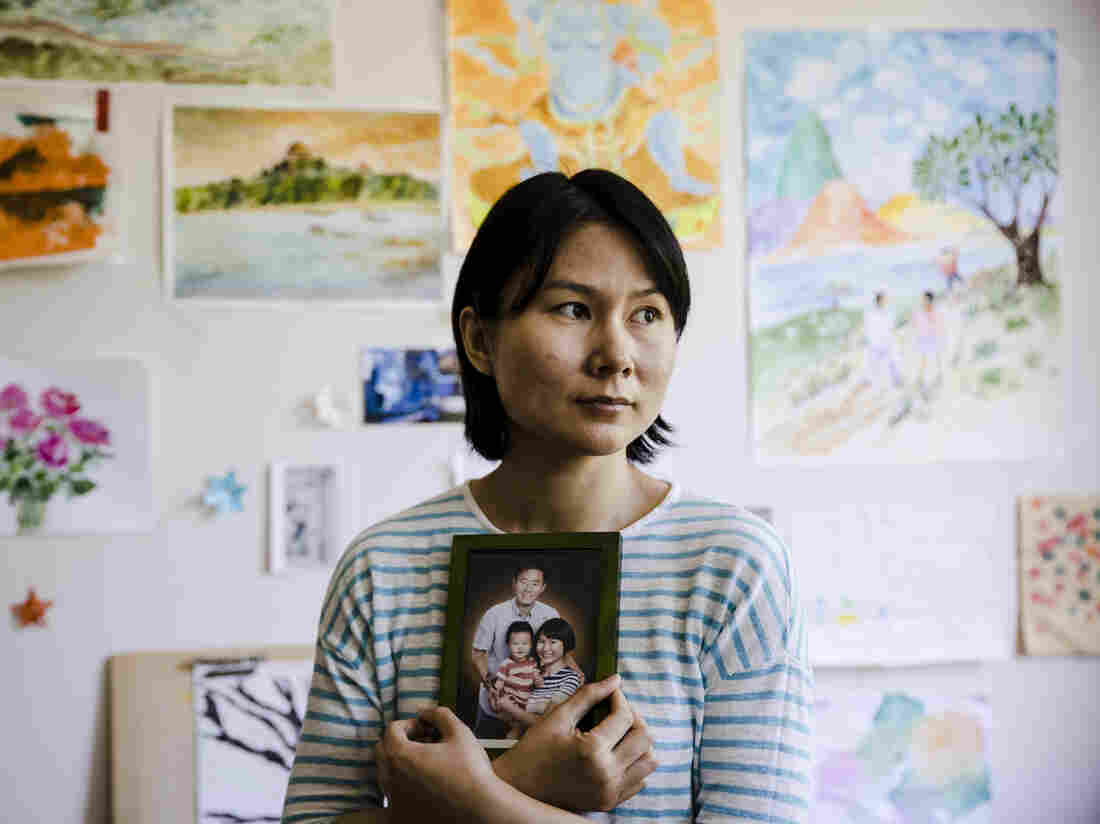 Hua Qu, the wife of Chinese-American Xiyue Wang, poses with a portrait of her family in Princeton, N.J., on May 9. Families of Americans detained in Iran are hoping President Trump’s decision to withdraw from the Iran nuclear deal will not make it harder to get their love ones freed. Matt Rourke/AP hide caption 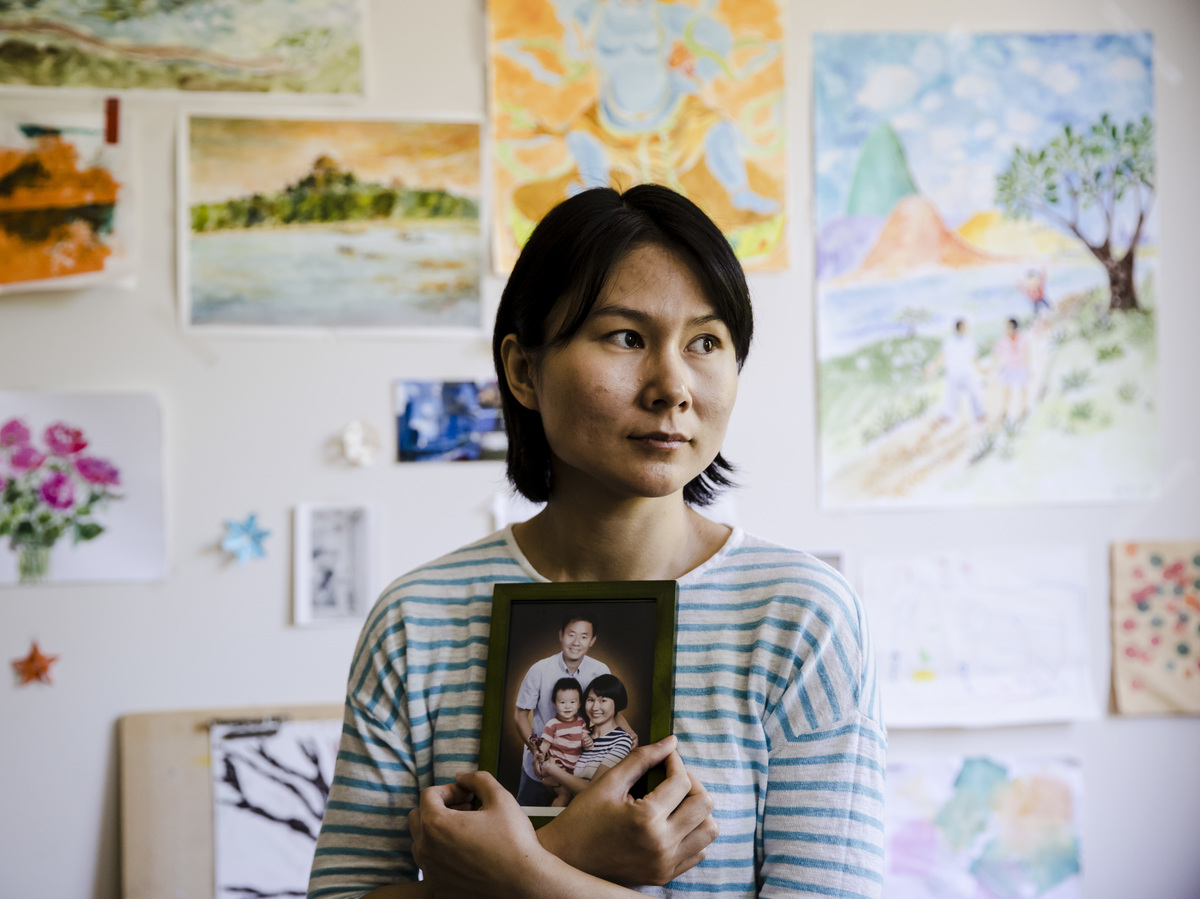 Hua Qu, the wife of Chinese-American Xiyue Wang, poses with a portrait of her family in Princeton, N.J., on May 9. Families of Americans detained in Iran are hoping President Trump’s decision to withdraw from the Iran nuclear deal will not make it harder to get their love ones freed.

When North Korea released three U.S. prisoners last Wednesday amid increased engagement with Washington, the families of U.S. citizens detained in Iran couldn’t help but wonder about prospects for their own loved ones. Just a day earlier, the U.S. withdrew from the Iran nuclear deal and reimposed economic sanctions on Iran. For the detainees’ relatives, it has been a painful and uncertain time.

“The release of the three Americans from North Korea — I saw the news, I cried,” said Hua Qu, whose husband Xiyue Wang, a Princeton University graduate student and naturalized U.S. citizen, has languished in an Iranian jail since 2016. “I cried for their families, I feel so happy for them. I hope Secretary [of State Mike] Pompeo and President Trump, they can do the same for my husband — they can bring him home.”

But former diplomats warn that the Trump administration’s decision to pull out of the Iran nuclear deal will complicate efforts to free American citizens detained in Iran.

“The hardliners in Iran are much strengthened by our pulling out from the Iran nuclear deal,” said former U.S. Ambassador to the United Nations Bill Richardson, who has negotiated the release of U.S. prisoners from countries including North Korea, Sudan and Iraq. Concessions to the U.S., he said, are unlikely.

“I think [Iranian President Hassan] Rouhani would probably be toppled if he showed any concession to the U.S. right now,” Richardson said. “Rouhani and his moderates are already in deep trouble.”

In addition to Wang — who was apprehended while conducting research for his Princeton history dissertation and sentenced to 10 years in prison on charges of espionage — at least four Americans are in Iranian custody:

Robert Levinson, a retired FBI agent, also vanished during a visit to Iran’s Kish Island in 2007. It is unclear if he’s still alive, but earlier this year, on the 11th anniversary of his disappearance, the FBI renewed its call for Iran to return him. 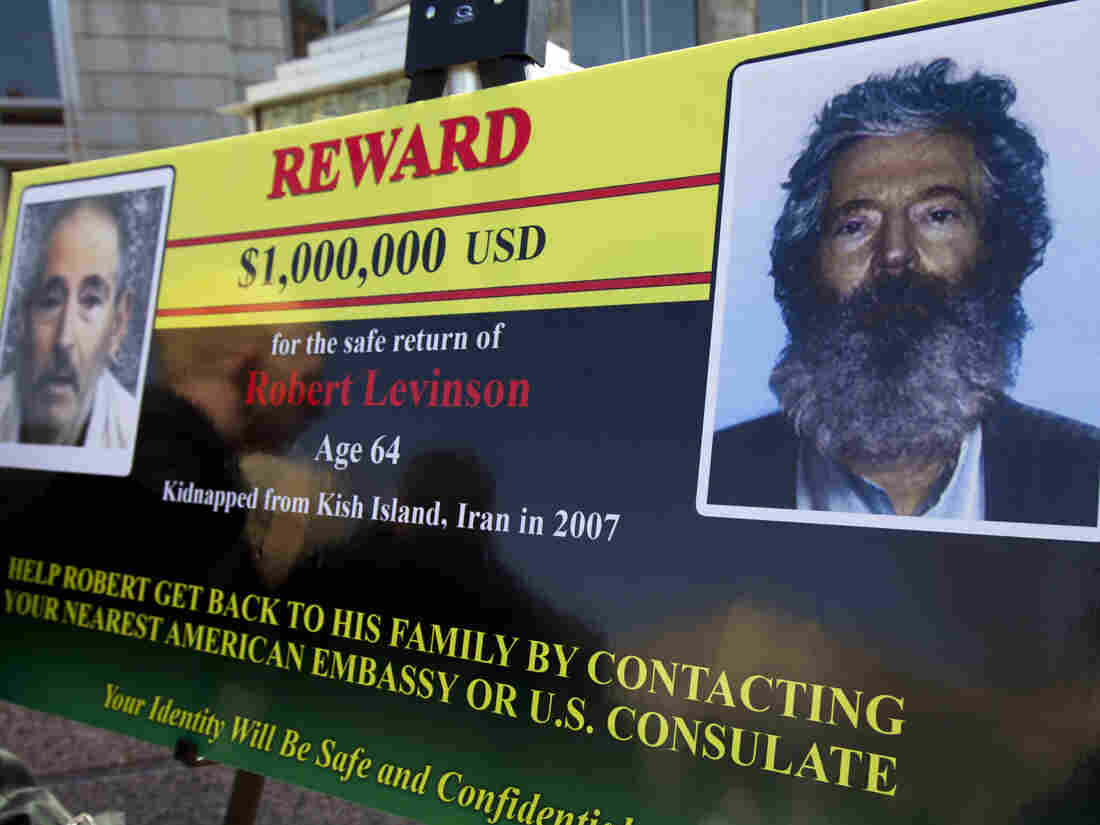 An FBI poster from 2012 shows a composite image (right) of former FBI agent Robert Levinson depicting how he would look after five years in captivity. The poster includes another image taken from a video released by his kidnappers. Manuel Balce Ceneta/AP hide caption 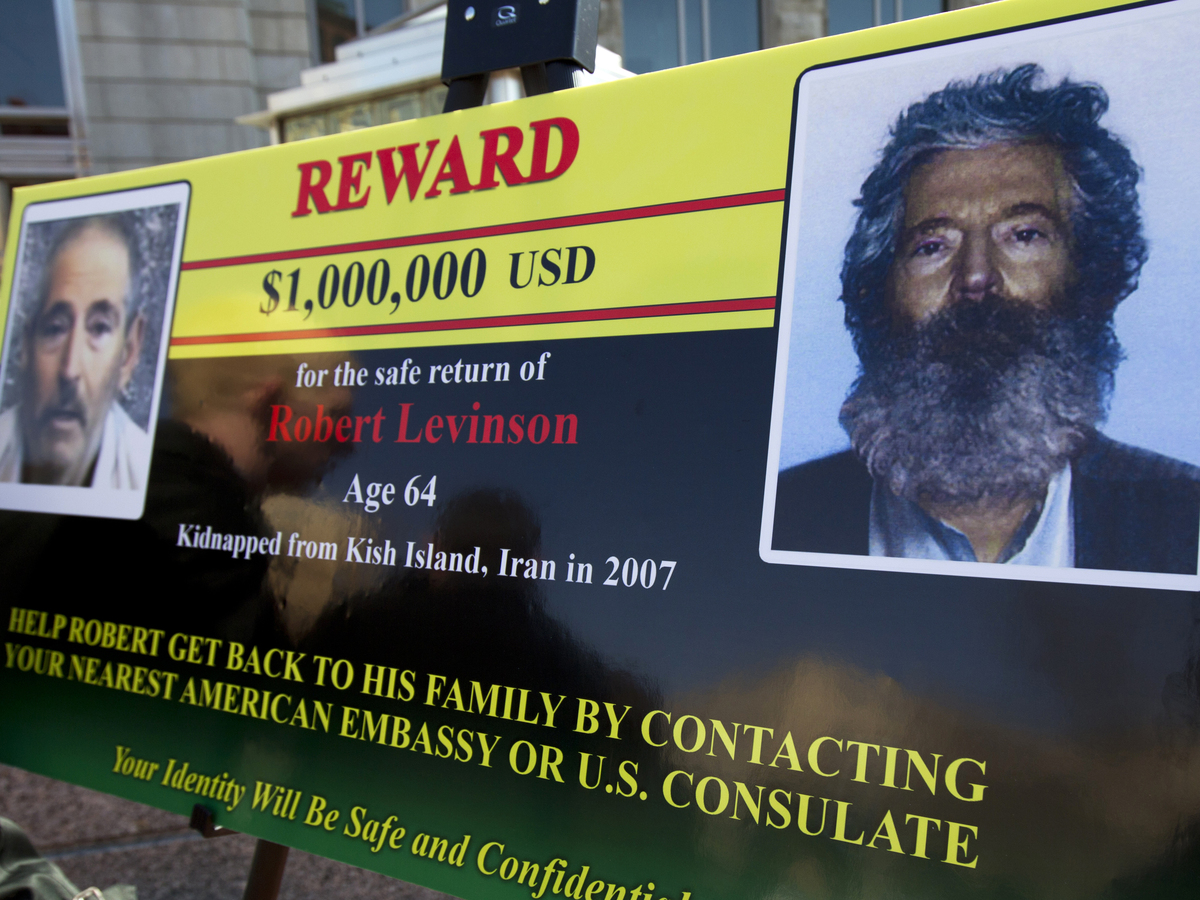 An FBI poster from 2012 shows a composite image (right) of former FBI agent Robert Levinson depicting how he would look after five years in captivity. The poster includes another image taken from a video released by his kidnappers.

Ever since the Iran nuclear deal, known officially as the Joint Comprehensive Plan of Action, came into force in 2015, signatories have met periodically to assess its implementation. On the sidelines of those meetings, American officials occasionally raised the cases of the Americans held in Iran.

“Last March was the most recent JCPOA meeting when the U.S. government raised my husband’s case to Iranian officials,” said Qu, who lives in Princeton, N.J., with their 5-year-old son. “Since March, there hasn’t been any update.”

The prisoners’ prospects may now depend on global powers still in the agreement, including France, Germany, the United Kingdom, China and Russia.

“I think the key is going to be getting those American allies with whom the Iranians want to preserve a relationship to take up this issue,” said Dennis Ross, a longtime U.S. diplomat and one of President Obama’s most influential advisers on Iran and the Middle East. “That’s probably the best bet we have to try to get the prisoners released.”

In other words, he said, “It will have to be through the Europeans.”

In a May 10 interview with CBS This Morning, Vice President Mike Pence said, “I believe we are always interested in opportunities to bring Americans home” but said the U.S. “sent a pretty strong message” to Iran by pulling out of the Iran deal. Pence dangled “the possibility of a new deal” with Iran, saying such a deal “may create opportunities for not only addressing the issue of Americans that are detained in Iran, but also checking the extraordinary malign influence and support for terrorism that Iran continues to propagate across the region.”

The relatives of the detainees simply want their loved ones back home.

“I haven’t had any difficulty in engaging the White House,” Babak Namazi, whose brother and father are both imprisoned in Iran, told reporters in Washington last week. “My difficulty, of course, is that I define success only by one element, and that’s their freedom. So, so far, I’ve failed. I’ve failed as a son and as a brother to get my family released.”

He and the other families insist their relatives are innocent. “This is about an innocent person’s life and freedom and faith in his own country,” says Qu, “and I hope our country can do more to bring him back.”

The month of Ramadan has just begun in Iran, and she says her husband has chosen to fast, although he isn’t Muslim.

“It’s his own willing,” she says. “Just to show the prison authority he’s respectful and he doesn’t want to give offense and hopes to have their mercy to come home.”