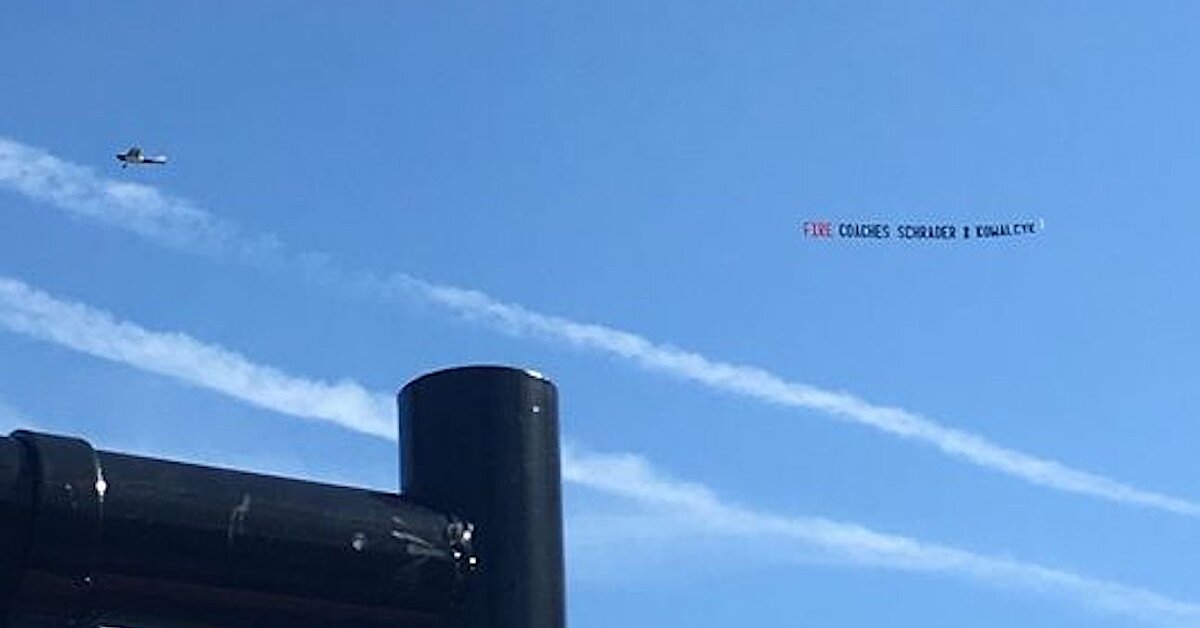 That’s one way to express your displeasure with the team.

When most of us are upset with our team’s coaches, we go to Twitter to vent and call for their replacement.

But one woman from New York had a different idea for her son’s high school’s coaching staff.

What’s so bizarre about the anger is that Briarcliff has been the No. 1 seed in Class B for the past two seasons and finished the regular season at 17-3 this year.

“Although there are some detractors out there, I feel we have the best kids and best parents in Section 1,” Schrader texted The Journal News/lohud.com. “I would not want to coach at any other district. … I love it here.”

According to The Journal News, a woman paid Fly Signs Aerial Advertising $1,250 to fly the sign over Briarcliff High School for 30 minutes. Although the identity of the women remained undisclosed, Justin Jaye, owner of the advertising agency, said such requests are common.

Hey, I’m not here to judge, but that might be taking high school sports a little too far. But if you have $1,250 just sitting around, I guess you might as well use it and let your voice be heard.