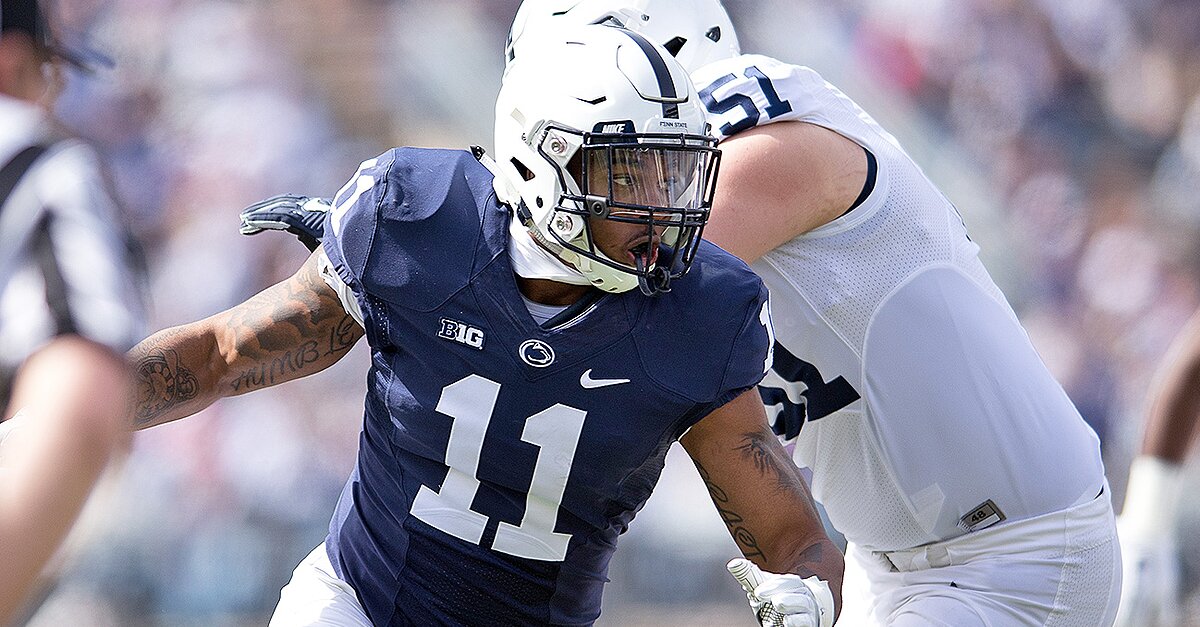 With all the tough decisions involved in narrowing a list of the nation’s best returning players down to 100, adding incoming freshmen to the list can be a gamble—which is why none made our 2018 preseason rankings. It’s hard to anticipate how a player will adapt to the college game mentally and physically, and sometimes it can be a struggle simply to get enough meaningful reps to contribute. Still, some will register their first game-winning touchdown/interception/sack/field goal sooner than you might expect. With the amount of information available about prep stars in 2018, there’s plenty of data we can use to predict a few freshmen who might make a big impact right away. With that in mind, here are five who might just warrant a top-100 ranking by season’s end.

Florida State fans and South Florida natives know him as Dalvin Cook’s brother, and Georgia fans now know him as one of the best candidates to help replace the duo of Nick Chubb and Sony Michel, who combined for 2,572 rushing yards a year ago to get the Bulldogs to the national championship game. The No. 5 running back in the incoming recruiting class according to the the 247 Composite rankings, Cook will arrive in Athens this summer to join a program with a rich tradition of stars at his position and plenty of reps up for grabs.

Chubb and Michel are off to the NFL, but true freshman D’Andre Swift shined as the third option, averaging 7.6 yards per carry in limited work. He should take the majority of the snaps, but his role last year shows that there’s room for plenty of touches beyond the first string. (The Bulldogs also signed this class’s No. 1 running back in Zamir White, but his status for the start of the season is uncertain as he continues to recover from a torn right ACL.) Cook has a similar physical profile to his older brother’s as a college freshman, to go along with astonishing speed.

Daniels was still finishing high school when the Trojans wrapped up spring ball this year—and just a few months before, he’d been only a junior at Mater Dei High School. Daniels reclassified to join the 2018 graduating class at the end of his fall semester, before Sam Darnold had declared for the NFL draft, and coach Clay Helton has said that Daniels would have been on campus this fall regardless, redshirting behind Darnold had he decided to stay. Instead, the star quarterback left for the NFL, and despite limited time on campus Daniels looks like his most likely successor. He’s described as a football junkie with the physical skills to match, and with as many playmakers as USC has, Daniels has the potential to play well beyond his years next fall.

The quarterback situation in Pullman is uncertain entering 2018; three-year starter Luke Falk ran out of eligibility, and then the Cougars were rocked this winter by the death of presumed starter Tyler Hilinski. As a result, the door is wide open for Cooper, the top quarterback in the state of Utah from the class of 2018, to push graduate transfer Gardner Minshew, redshirt junior Trey Tinsley and redshirt junior Anthony Gordon for playing time after enrolling early this spring. Cooper played in a pro-style system in high school and might be the best recruit Mike Leach has brought to the Cougars since he arrived in 2012; he has a strong arm, good pocket presence and plenty of potential to thrive in Leach’s Air Raid offense.

By the time Parsons takes the field in the fall, he’ll be nearly four years removed from receiving his scholarship offer from the Nittany Lions. The Pennsylvania recruit was a top-10 player in the eyes of most scouting services, the jewel of another strong class brought to State College by James Franklin. On a defense that looks great on paper going into the year, Parsons has a chance to contribute in a big way. No freshmen started a game for Penn State in 2017, but the Nittany Lions have two starting linebacker spots open, and if Parsons can build upon the glowing reviews he received from Franklin during spring ball and successfully transition from the defensive end role he played in high school, he has a chance to secure one.

Alabama needs to replace all the starters in its defensive backfield from last season, and as the No. 1 cornerback recruit in the country, Surtain should surpass the 2017 reserves for one of those spots. At 6’2″ and 183 pounds, Surtain already looks the part, and although the son of an 11-year NFL veteran will have work to do mastering Nick Saban’s defense as he arrives on campus this summer, there’s an easy-to-imagine path for him to making an early impact. If his physical gifts give him a leg up on the inexperienced DBs looking to join the Tide’s well-oiled machine, he could easily be a major contributor on a playoff-bound team.