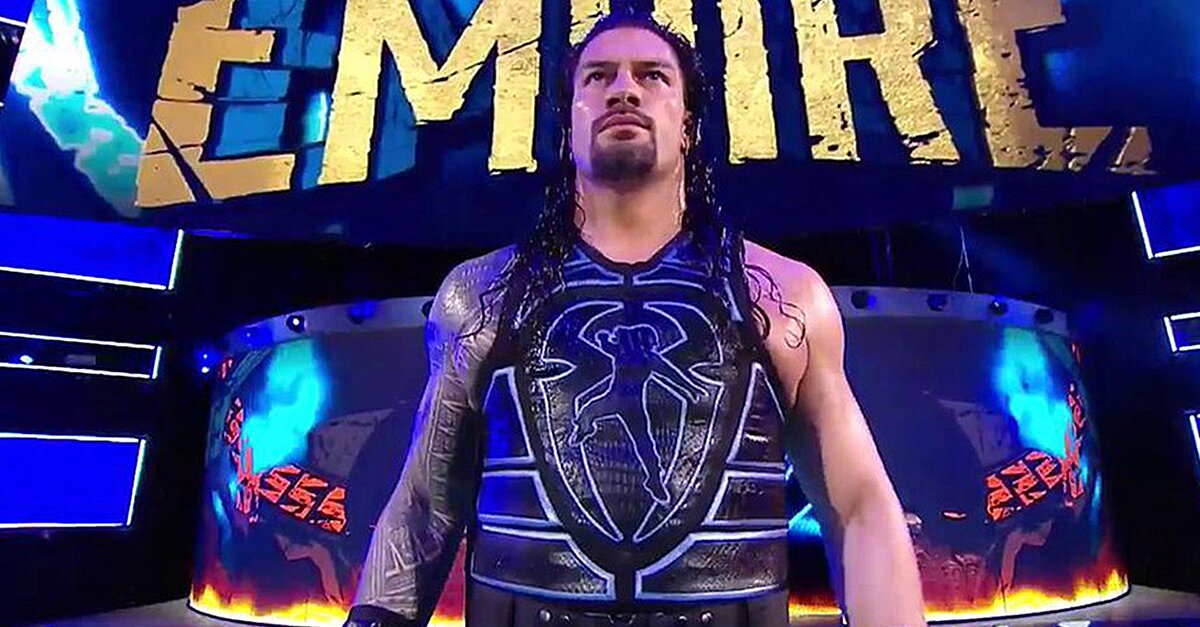 WWE’s return to dual-branded pay per views began with Backlash, which saw the first singles pay-per-view match from Daniel Bryan since 2015 and again ended with Roman Reigns in the main event.

In between Bryan and Reigns was an atrocious booking decision that saw AJ Styles and Shinsuke Nakamura wrestle to a rarely seen draw after both men kicked each other in the groin (yes, you read that correctly). Even though it was a no disqualification match, the referee counted to 10 with both men on the mat, and the crowd immediately–and unsurprisingly–booed the decision.

Backlash took place at the Prudential Center in Newark, New Jersey and the show highlighted the lack of direction for Randy Orton, saw the booking decision to have Carmella do what Asuka could not and out-wrestle Charlotte Flair and chose to put the WWE title match on third-to-last. There was also a throwaway match from Braun Strowman, whose spot on the card gained no momentum after winning the 50-man Greatest Royal Rumble on April 27.

Backlash was a lot like a co-ed version of the Greatest Royal Rumble. Just like the show in Saudi Arabia, no titles changed hands.

Here are the results from Backlash:

· AJ Styles and Shinsuke Nakamura wrestled to a double count-out

And here are my reactions to the show:

1. The Miz is ready for another run as WWE champion.

Miz and Seth Rollins put together an exceptional 20-minute match to open Backlash, offering the best wrestling of the card. Rollins ultimately won, despite Miz looking as though he had scored the upset on three separate occasions.

Already among the best heels in the business, The Miz is also the perfect foil for Daniel Bryan. Their highly anticipated feud would be even further enhanced with the WWE championship at stake, especially with Miz entering the feud after defeating world-renowned wrestler AJ Styles for the belt.

Miz is also an eight-time Intercontinental champion, one behind Chris Jericho’s record of nine, and he will eventually break that record. For now, however, the belt belongs on Seth Rollins.

Rollins also enjoyed his finest moment as a babyface in the match. Rollins sold his right knee injury so perfectly that it was nearly impossible to root against him as the match built to its crescendo.

2. Nia Jax’s post-match promo after her victory over Alexa Bliss was more meaningful than the match.

Jax spoke in-ring to Renee Young about standing up to bullies, and it is encouraging to see that she is being allowed to show off her personality as a babyface for the women’s division.

Jax also recently took part in an interview with Pop Culture, where she denied the report from Sports Illustrated from last October that stated she heeded advice from her cousin, The Rock, to walk out of the company if she was unhappy with the way she was being booked. Jax explained that she was away from WWE programming for an entirely different reason: “I actually had an injury that happened to me personally on a flight,” she told Pop Culture. “An overhead bag fell directly on top of my head while I was on a plane.”

I still stand by the report that Jax’s “leave of absence” came after she refused to lose cleanly to Sasha Banks at last October’s TLC pay per view (Banks ended up defeating Alicia Fox on the preshow). There is nothing wrong with a talent exercising veto power if unhappy with character direction. Hulk Hogan, Steve Austin and The Rock are three legends who refused to accept certain finishes and made sure they were happy with the way they were booked. Jax has been booked entirely different since her return, culminating in a WrestleMania 34 title win and becoming the company’s voice for anti-bullying.

One, Bryan is brilliant in the ring and somehow has very little ring rust from his time away from wrestling. Bryan’s match was his first singles match since a memorable Fastlane encounter in February of 2015 against Roman Reigns, and marked his first pay-per-view singles victory since May 4, 2014 at Extreme Rules, which was a win over Kane. Bryan’s return to the ring is a certifiable draw for WWE, and the possibilities with Bryan—including a longer feud with Cass—can carry the company.

The match also highlighted that Cass has a future as a top heel in the company. He lost the battle against Bryan, tapping out to the Yes Lock, but won the war with a post-match beatdown. Cass is the type of big man that Vince McMahon has gravitated to over the past four decades, and he has been surprisingly good on the microphone over the past couple of weeks on SmackDown. Although a pairing of The Miz and Cass would seem to make sense, especially in both of their pursuits against Daniel Bryan, there is a future for a solo Cass atop the card in WWE.

4. AJ Styles and Shinsuke Nakamura, despite wrestling in a match with the WWE championship on the line, went on third-to-last and offered one of the worst finishes in modern-day WWE history.

The match ended with a horrendous double count-out, as neither Styles nor Nakamura could get to their feet after the two kicked each other in the groin.

The show was also broadcast in Portuguese, Russian, Japanese, Hindi, French and Mandarin, and the end of the match was bad no matter the language. The groin hit has been used too often since WrestleMania, and the finish was a terrible way to present the WWE champion.

5. Roman Reigns is more important to the company than AJ Styles.

This is far from breaking news, but the call from Vince McMahon to close the show with Reigns in a match against Samoa Joe instead of with Styles’s WWE title match only reinforces that Reigns is viewed as the more valuable asset by the company’s CEO.

Beginning in January of 2017 with the Royal Rumble—which finished with Randy Orton eliminating Reigns from the Rumble match—Reigns has main-evented eight of the past 14 pay per views that featured him on the card.

Reigns continued his manufactured underdog story, coming from behind to defeat Samoa Joe. There was no doubt that Joe would be fed to Reigns after back-to-back pay-per-view losses to Brock Lesnar, but at least Joe put up a strong fight and can now move his attention to AJ Styles and the WWE title on SmackDown Live. As for Reigns, he clearly will not be far from the main event picture on Raw.