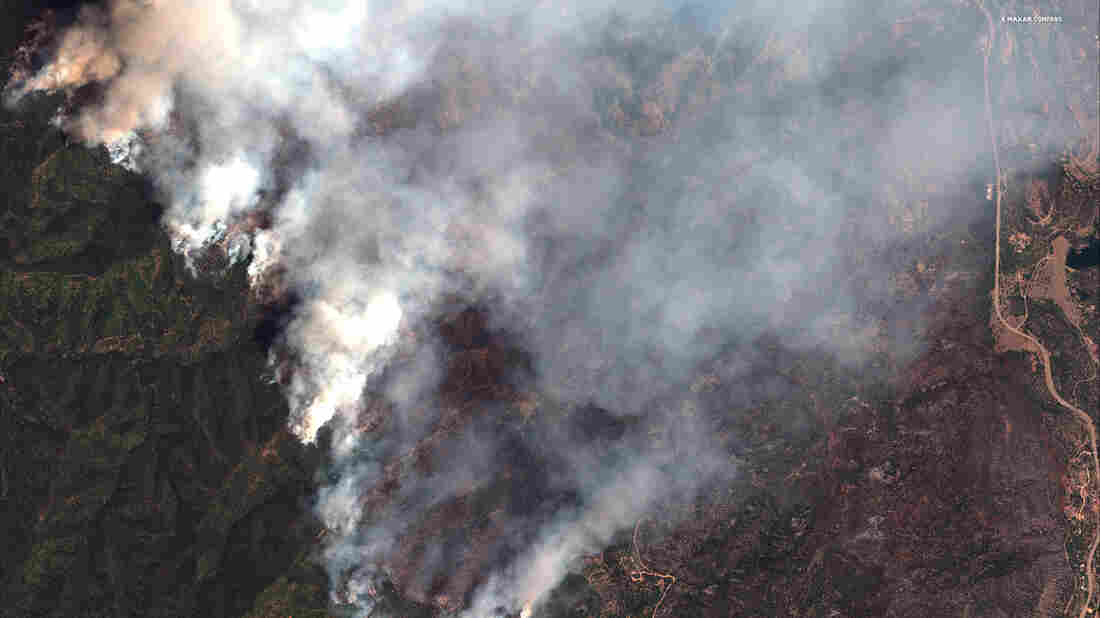 A satellite image provided by DigitalGlobe shows the 416 Fire northwest of Hermosa, Colo., which has forced the closure of the San Juan National Forest. AP hide caption 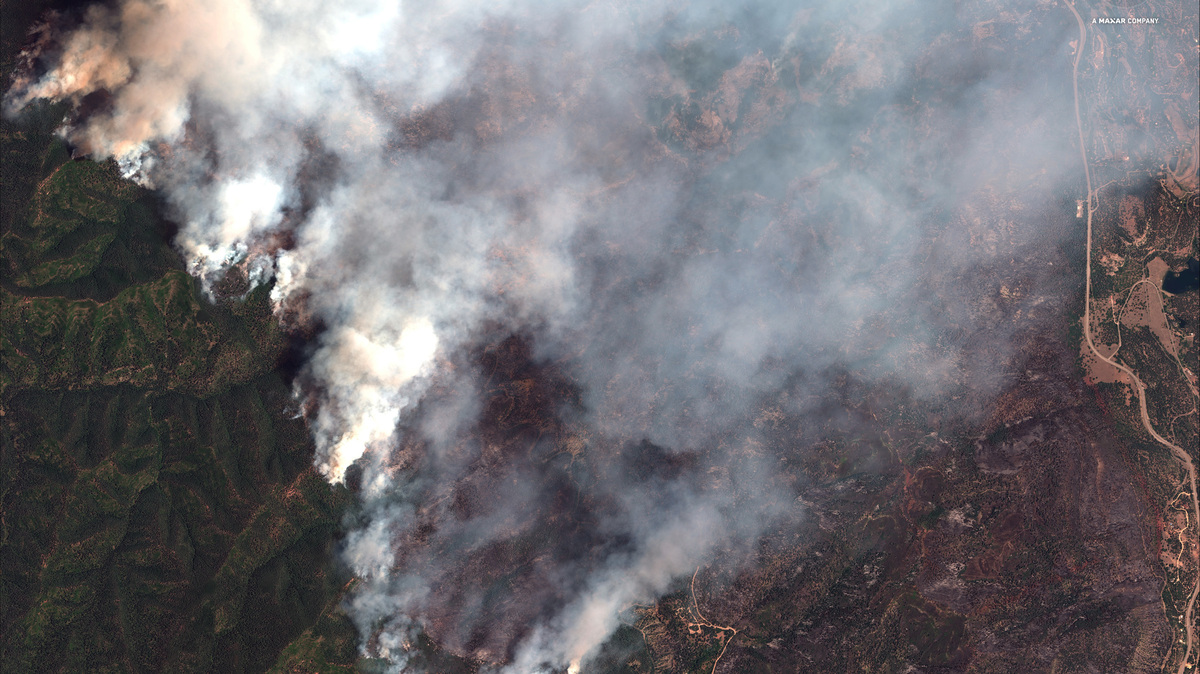 A satellite image provided by DigitalGlobe shows the 416 Fire northwest of Hermosa, Colo., which has forced the closure of the San Juan National Forest.

The San Juan National Forest in southwestern Colorado is closed to visitors on Tuesday due to a large wildfire and dry, warm conditions that raise the risk of further blazes. Forests are also closed in Arizona and New Mexico, areas that are also suffering from a severe drought.

Evacuation orders are in effect, as Colorado Public Radio reports on the blaze known as the 416 fire:

“Residents of over 2,000 homes have been ordered to evacuate because of a fire that started in the forest north of Durango, which doubled in size to about 25 square miles over the weekend. No homes have been lost to the fire.”

As of Monday night, the fire was 15 percent contained, the Rocky Mountain Incident Management Team said.

For the immediate future, the weather is expected to bring no relief, as temperatures will be in the low 80’s and humidity will drop to the single digits.

Fire risks are at “historic levels,” San Juan National Forest Fire Staff Officer Richard Bustamante said, adding, “Under current conditions, one abandoned campfire or spark could cause a catastrophic wildfire, and we are not willing to take that chance with the natural and cultural resources under our protection and care, or with human life and property.”

The San Juan National Forest comprises some 1.8 million acres across nine counties. The full closure – which the Associated Press says last took place in 2002 – does not affect roads that cross through the forest.

In New Mexico, the Santa Fe National Forest was closed days ago “due to extreme fire danger,” the Forest Service said. The area in and around the forest southwest of Santa Fe has seen a string of fires since April.