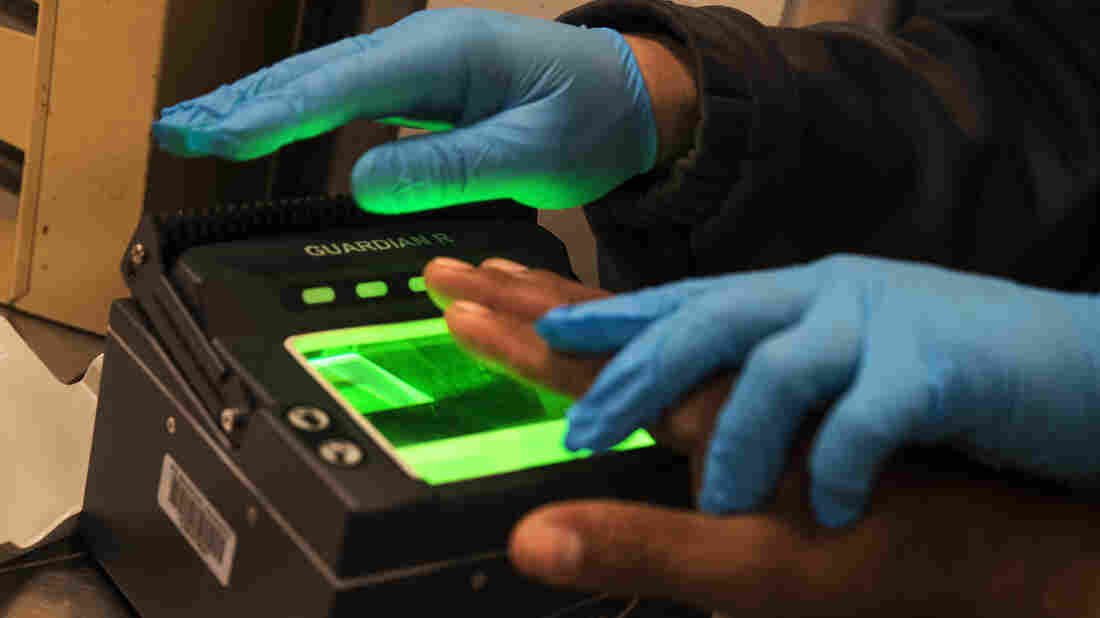 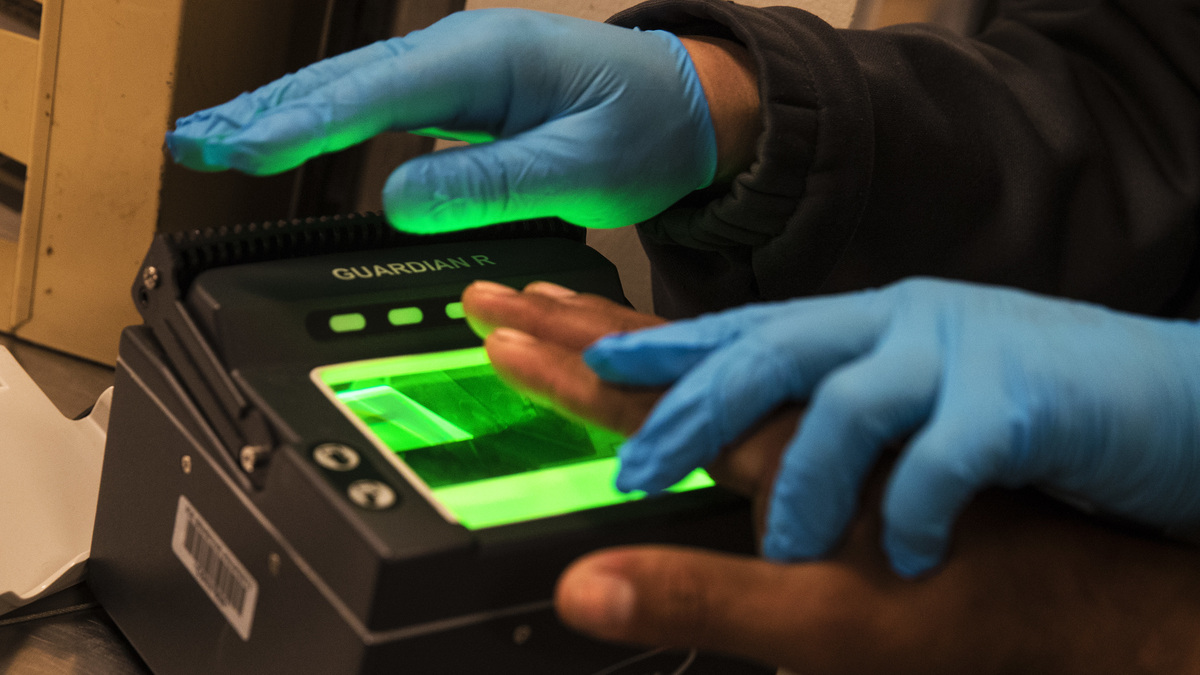 Immigration and Customs Enforcement agents take fingerprints while processing apprehended immigration fugitives inside the ICE staging facility in Los Angeles on April 18, 2017. Earlier this year ICE agents searching for an undocumented farmworker stopped his brother and sister-in-law. The couple sped off, crashed their car and died.

Two weeks ago, Celestino Hilario Garcia was pulling out of his driveway in Delano, Calif., on his way to work in the fields. That’s when three SUVs and two cars with flashing lights closed him in on both sides.

Immigration and Customs Enforcement agents pulled Hilario Garcia out of the truck. He was arrested, and deported back to Mexico by the end of the day.

This wasn’t the first time ICE carried out an operation in this neighborhood. In March, Hilario Garcia’s brother and his wife left their apartment complex in the pre-dawn hours to look for work in the grape fields. ICE agents in two unmarked Jeeps signaled them to pull over. The driver, Santos Hilario Garcia, initially stopped. But when the agents got out of their cars, he sped off.

The farmworkers’ vehicle flipped and crashed into a telephone pole, killing both Santos and his wife Marcelina. The couple left behind six children, ages 8 to 18. After the accident, ICE explained the driver matched the description of a man they were looking for, but it turned out they had the wrong guy.

So, ICE came back for their original target — Celestino Hilario Garcia — who had been deported twice before and had three criminal DUI convictions. All this comes in the midst of a zero tolerance crackdown on illegal immigration.

“Nobody wants to be out there”

Out on West Cecil Ave, the site of the accident, dry, sun-bleached land contrasts with the lush green of table grapevines ready to be pruned by the hands of farmworkers.

“It’s very hard for you to get people out there now,” says Maribel Rios, a farm labor contractor who lives on this road. She says fear in the community has made things hard for her business.

“Out of 13 crews I had, right now I just have — I’m down to two,” she says. “I’m now down to two right now, you know, and it’s like, nobody wants to work no more, nobody wants to be out there. And then after this accident, it’s worse. People are just fearing, am I gonna go home to my kids or am I not?”

No one is exempt from enforcement

At a rundown apartment complex in Delano, there’s a cluster of tan, one-bedroom units. Sheets, instead of blinds, cover the windows. At one apartment, a woman peeks through a window before opening the door. Celestino Hilario Garcia’s wife, Lucy, looks small and cautious, wearing a magenta shirt and Virgin Guadalupe necklace.

She describes her husband’s arrest, but asks that we don’t use her last name — a name different than her husband’s — because she’s fearful ICE will return. Her sister speaks to her in their native Mixteco, as their daughters play on the floor.

Lucy says she didn’t think they would do this to her husband. She figured they would think, oh, well at least these children have their uncle.

Before her husband was deported, Lucy and Celestino were helping their 18-year-old niece, and all of her siblings, pay rent in their nearby apartment. With her husband also gone, Lucy says she’ll go back to work in the fields. Money will be tight, but she says she’ll work to provide for her kids, and support her niece in any way she can, so that the family can stay together.

A spokesperson for ICE confirmed Hilario Garcia’s deportation and said no one who violates immigration laws is exempt from enforcement.