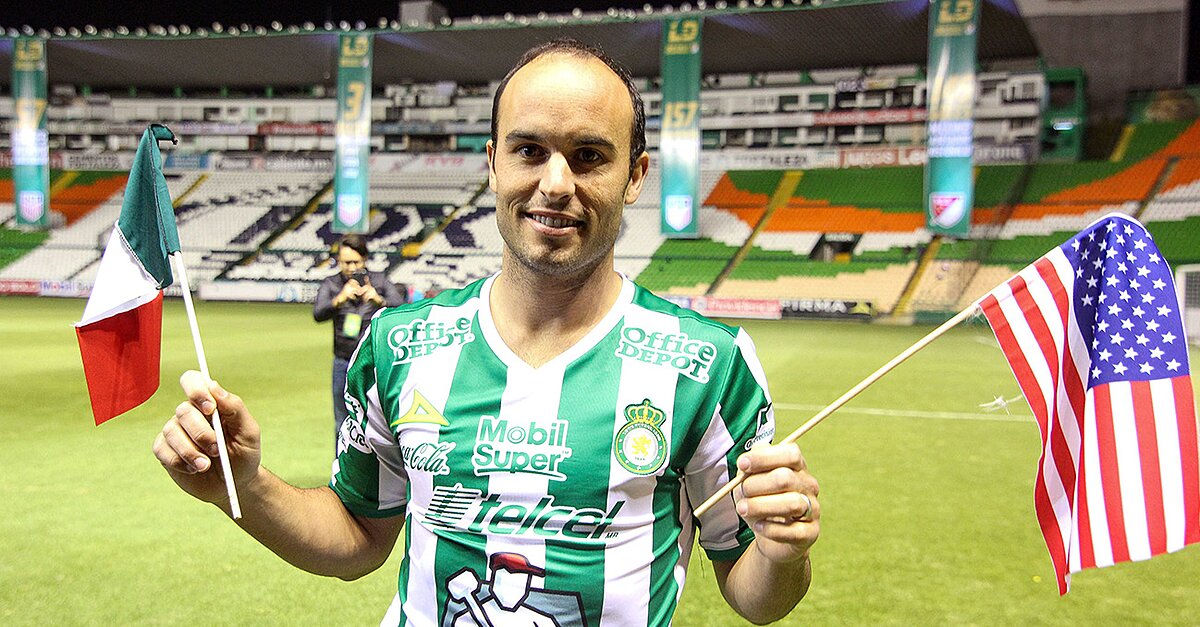 Landon Donovan has received some criticism for an ad in which he reveals he’s rooting for Mexico at the World Cup.

United States men’s national team great Landon Donovan is taking heat for appearing in an ad in which he reveals he’s rooting for Mexico at the World Cup.

Donovan has been appearing in promotions for Wells Fargo, and many, including past U.S. internationals, let him have it via social media, for supporting the USA’s bitter on-field rival even after the Americans failed to qualify for Russia 2018.

Donovan is tied for the most goals in U.S. men’s national team history and is the all-time assist leader. He came out of retirement earlier this year to play with Club Leon of Liga MX.

In a tweet promoting Wells Fargo, Donovan said “The tournament is here! USA fans, our team may not be in Russia, but our neighbors to the south are,” which was met with immediate backlash.

The ad then aired prior to Mexico’s World Cup opener against Germany.

Donovan’s acts were questioned by former U.S. captain Carlos Bocanegra and then echoed by Oguchi Onyewu, both of whom teamed with Donovan for years on the national team.

“You grew up in SoCal and owe much of your soccer skill to playing with Mexicans,” Donovan said to Bocanegra. “Your father is of Mexican descent. Look around our country, are you happy with how we are treating Mexicans? Open your mind, stand for something & remember where you came from.”

Donovan has been criticized by others in the U.S. Soccer community, including federation presidential candidate Kyle Martino.

Donovan has been a vocal supporter of Mexico in the more heated political climate, famously saying, upon his signing with Club Leon, that he “doesn’t believe in walls” as a clear reference to President Donald Trump’s wish to build a border wall between the two nations.