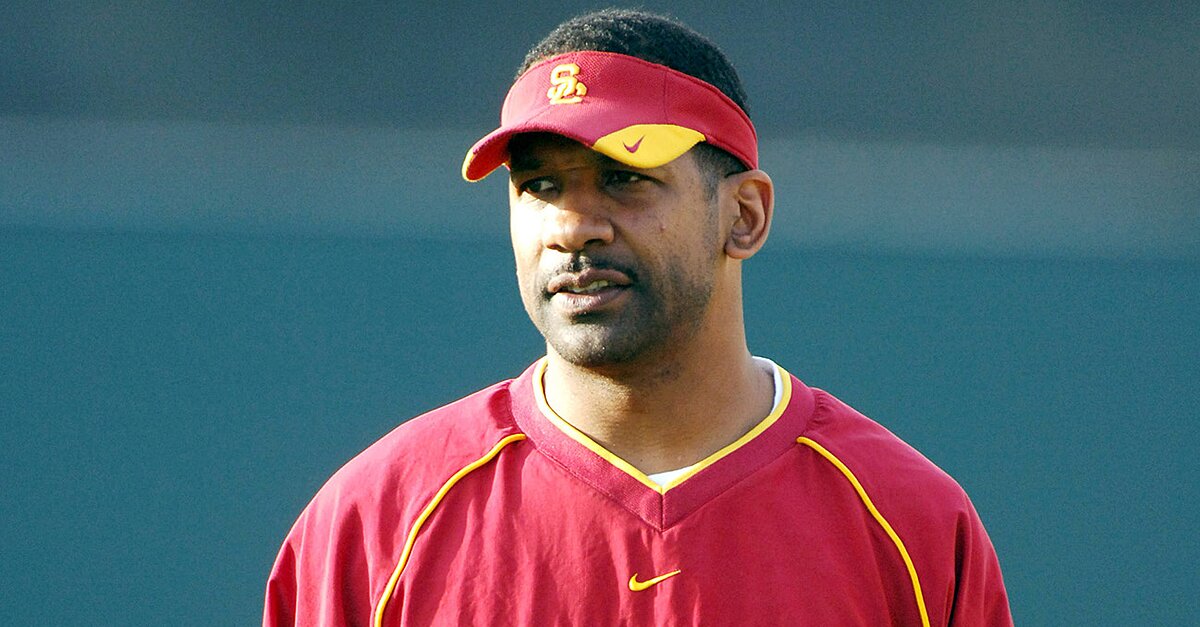 The NCAA and its system for investigating infractions scored a high-profile legal victory on Monday. The victory, however, may say more about the difficulty of proving defamation than it does about underlying fairness.

After deliberating for three days, jurors in the courtroom of Los Angeles County Superior Court Judge Frederick Shaller ruled against former USC running backs coach Todd McNair in his $27 million defamation lawsuit. The jury voted 9 to 3 in favor of the NCAA.

McNair, who was considered an elite recruiter during his heyday at USC, originally sued the NCAA in 2011 for defamation, negligence, breach of contract and related claims. The lawsuit was in response to the NCAA charging that McNair had engaged in unethical conduct related to his relationship with former USC running back Reggie Bush. The NCAA’s charge was so damaging to McNair’s professional reputation that he has been unable to find work as a coach since 2011. In fact, during the trial, the 52-year-old McNair testified that his unemployment has caused him to suffer from depression. He also spoke about having to take out loans to make ends meet and needing to depend on food stamps for basic necessities.

During the three-week trial, jurors heard testimony and saw evidence showing that the NCAA relied on mistakes of fact in punishing McNair. The NCAA also authorized a disciplinary process plagued by a degree of procedural unfairness that seriously called into question the outcome. Those problems, however, did not rise to the level necessary to establish a winning defamation claim.

McNair started coaching at USC in the mid-2000s, when Bush was the most dominant running back in college football and on his way to being awarded the Heisman Trophy in 2005. Not long thereafter, the NCAA learned that while at USC, Bush—the second pick in the 2006 NFL draft—had received improper benefits from Lloyd Lake, a marketing professional seeking to score a high-profile client.

Richard Johanningmeier, a member of the NCAA’s enforcement staff, interviewed Lake in November 2007. This interview occurred less than a month after Lake had sued Bush for nearly $300,000. Lake claimed that he had provided Bush cash and other items of value in exchange for Bush agreeing to hire Lake once the tailback turned pro.

During the interview, Johanningmeier asked Lake about a 2-minute and 32-second phone call he had with McNair in January 2006. Lake told Johanningmeier that McNair had called him to discuss whether Lake would represent Bush in the NFL. Lake recalled that the men discussed whether Bush should reimburse Lake if he decided to hire someone else. Lake added that McNair opined that “Reggie’s wrong” for taking gifts in contravention of NCAA rules and that he “should make it right and basically don’t implement [sic] the school.”

Stylistically, the mistake was small—merely one digit was off. Substantively, it may have triggered huge consequences. It led McNair to deny a point that Johanningmeier (mistakenly) believed to be an incontrovertible fact. Such a dynamic probably frustrated Johanningmeier and likely impacted the remainder of the interview. Indeed, it possibly made Johanningmeier less likely to believe McNair on other topics and more inclined to adopt an adversarial tone. Phone records also showed that it was Lake who had called McNair in January 2006, not—as Lake claimed—the other way around. McNair has consistently denied engaging in any discussions in which he facilitated Bush receiving improper benefits.

The NCAA punishes McNair and McNair strikes back

In September 2009, the NCAA charged McNair with unethical conduct—a charge that McNair’s attorneys insist was based solely on false accusations offered by Lake about a two-minute phone call, the date of which confused the NCAA. McNair also stressed that Lake was biased and could not be trusted.

According to McNair’s attorneys, the voting COI members declined to find McNair at fault after the first day of deliberations. This is true even though those members made other findings. These members raised questions about why McNair wasn’t re-interviewed by the NCAA given that Johanningmeier asked McNair about the wrong date—a mistake that would have impacted McNair’s answers. They also expressed skepticism at the idea of finding McNair at fault when the evidence was so dependent on the veracity and accuracy of Lake and on a two-minute phone call that, years later, no one may have accurately remembered.

However, according to McNair—and largely supported by evidence and deposition testimony used during the trial—non-voting members and other NCAA officials participated in the decision-making process and seemed to encourage the voting members to find McNair at fault. For instance, Shepard Cooper, the NCAA’s Director of the COI, reportedly opined that “McNair shouldn’t be coaching at ANY level … He’s a lying, morally bankrupt criminal, in my view.” Court records also suggest that several NCAA officials reached a conclusion that McNair was at fault before the COI even voted.

The COI ruled against McNair, claiming that he was dishonest in his conversations with NCAA enforcement staff and that he either knew or should have known about improper benefits received by Bush. As far as NCAA penalties go, McNair was punished severely: He received a one-year ban on recruiting and a one-year “show-cause” penalty, which signifies a major rule violation. USC did not retain McNair. He says no other school has offered him a job since. For an assistant coach best known for his recruiting prowess, McNair has essentially become radioactive in college sports.

McNair’s attorneys contend the NCAA wanted to make McNair look worse in order to justify tough sanctions against USC. They say the fix was in and McNair was never given a fair shake.

Why McNair lost the trial

McNair appeared to have a strong argument that the NCAA made critical mistakes in its investigation of him and that those mistakes led to him being publicly identified for wrongdoing that he says never happened. That entire statement could be accurate, and yet it does not necessarily prove defamation.

Along those lines, jurors did not find that McNair established a convincing argument for defamation. This is surprising to some, particularly given language found in a December 2015 ruling by the Court of Appeals of California. Back then, a three-judge panel ruled on an NCAA motion to dismiss the McNair lawsuit. While the panel dismissed part of the lawsuit, it refused to dismiss the defamation claims.

In refusing to dismiss McNair’s case, the panel found that the COI had acted irresponsibly and that the NCAA was vulnerable to a defamation claim. The panel reasoned the COI “had serious doubts about McNair’s knowledge of asserted NCAA violations” and yet “nonetheless published the COI report.” The panel also flagged the “botched” interview: “McNair made a sufficiently convincing showing that the NCAA recklessly disregarded the truth when the COI deliberately decided not to correct the investigation’s errors or to acquire more information about what McNair knew concerning the rules violations, even after McNair notified the Appeals Committee of the errors.” Lastly, the panel stressed that the NCAA was motivated to find McNair at fault, a point that should raise suspicion. “As Johanningmeier acknowledged in his deposition,” the panel observed, “without a finding against McNair, no penalties could have been instituted against USC for Bush’s receipt of improper benefits.”

So why, then, would McNair lose the trial three years later?

It’s worth emphasizing the high hurdle McNair faced to persuade a jury that he was defamed. McNair was deemed a “limited purpose public figure,” for the trial. Under the law this means he is associated with a specific public controversy—the Reggie Bush scandal—and is considered a public figure for issues related to that controversy. As a result, to prevail, McNair had to prove that the NCAA acted with “actual malice.” This means the NCAA either knowingly published false and defaming information about McNair or had reckless disregard for the information’s truth or falsity. While three appellate judges on the Court of Appeals of California concluded in 2015 that “McNair [had] demonstrated a likelihood of proving actual malice,” the trial would be up to jurors—not appellate judges.

Jurors, however, were not convinced that the NCAA necessarily came to the wrong conclusion. As shown by USCFootball.com reporter Keely Eure, jurors voted “no” to a verdict form question about whether the NCAA’s statements about McNair were false. This reflects the high standard of defamation. McNair had to prove the NCAA either knowingly lied about him or exhibited reckless disregard for the veracity of accusations against him. A finding of reckless disregard normally involves evidence that the defendant felt real doubt about the accusations, but then consciously declined to investigate further. A defendant may have also exhibited defensive hostility in such a situation.

McNair seemed to make a strong case that NCAA officials were hostile toward him. However, he was less able to show those officials doubted the underlying accusation against McNair. The fact that Lake did not testify probably hurt McNair, too, since McNair’s attorneys could have tried to debunk the accuser.

Before the trial started, McNair’s attorneys dropped a claim for negligence. With the (unfair) benefit of hindsight, negligence may have been a better vehicle for McNair to prove liability: Negligence would have focused on whether the NCAA was unreasonable—a point at least some jurors seemed to have believed to be the case. It is unclear why the negligence claim was dropped and, per Nathan Fenno of The Los Angeles Times, McNair’s attorneys declined to address that topic after the verdict.

McNair can appeal the verdict and Broillet says the legal team is “considering our next steps.” Appeals can be long and expensive. McNair appealing would bring on additional attorneys fees, whether they are paid by McNair or absorbed by the attorneys as part of a contingency fee arrangement.