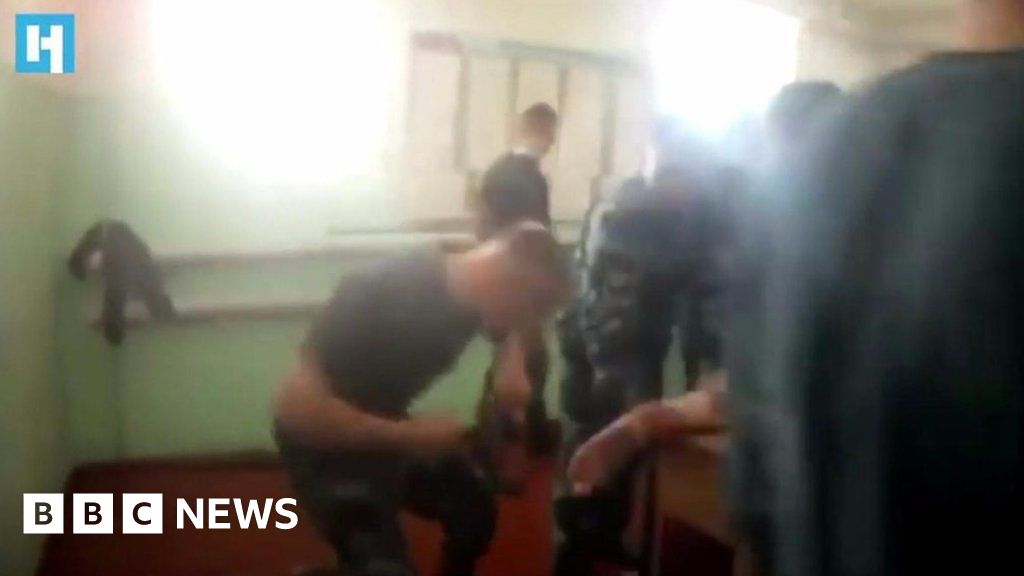 Yevgeny Makarov was handcuffed and held face down on a desk as more than a dozen prison officers took it in turns to beat him.

They punched the soles of his feet first, then thrashed them with truncheons.

The assault took place over a year ago at Prison Number 1 in Yaroslavl. The victim’s complaint was rejected at the time; an investigator concluded staff had used “appropriate” force.

Now this video evidence has been published by a newspaper, shocking Russians and prompting demands for justice.