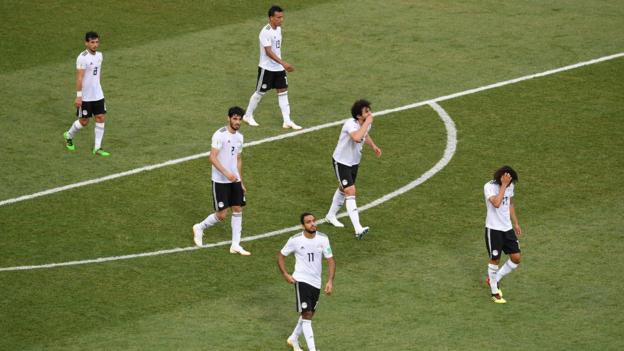 The Egypt Football Association (EFA) president Hany Abo Rida says that fasting ahead of the World Cup affected the Pharaoh’s campaign in Russia.

The squad chose to fast during the Muslim holy month of Ramadan that ended the day before Egypt’s opening game.

Egypt lost all of its group games to Uruguay,hosts Russia and Saudi Arabia.

“It affected us badly, I talked with them before world cup but they refused (to break their fasting),” Abo Rida said.

“We ended Ramadan one day before Uruguay but the fasting affected them.”

Abo Rida added: “I can assure, many Arabian countries made their players break their fasting.”

He says the EFA has begun its search for a new coach to replace Hector Cuper, who left his role as coach after the failure in Russia.

However he insisted that they have not tried recruit Morocco’s French coach Herve Renard.

“I know he (Renard) is under contract with Morocco, so we will not talk about him, but if he ended his contract or become free sure I would start negotiations with him to lead Pharaohs.” he said.

Egypt are yet to win a game at its three appearances at the World Cup and now switch their attention to qualifying for the 2019 Africa Cup of Nations in Cameroon.

The seven-time African champions, who were runners-up in 2017, began their 2019 campaign with a 1-0 loss to Tunisia.

The Pharaohs next Nations Cup qualifier is against visiting Niger in September.