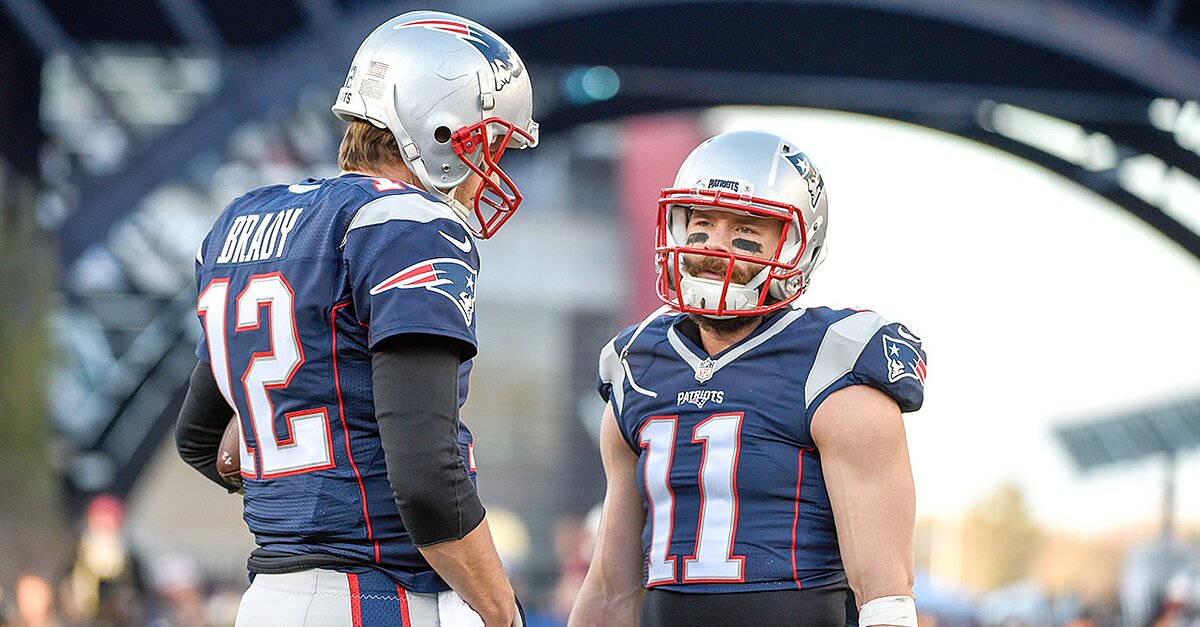 Julian Edelman’s four-game suspension for violating the NFL’s policy on PEDs creates an uncomfortable situation for the Patriots. Not only are they losing an important player for the first quarter of the season (pending appeal), but there’s also the matter of Edelman’s well-established relationship with Tom Brady’s controversial trainer and business partner, Alex Guerrero.

Guerrero’s influence over Brady and some Patriots teammates has been a reported point of friction between Brady and Bill Belichick. The divide could grow deeper considering the biggest question raised by Edelman’s suspension: Did Guerrero’s alternative training methods have anything to do with Edelman’s failed test?

Edelman has been a vocal fan of Guerrero’s, even after a December report from the Boston Globe that Belichick had revoked Guerrero’s special privileges, like flying on the team plane, sideline access and treating players besides Brady at Guerrero’s Gillette Stadium office. In April, Edelman called Guerrero “Mr. Miyagi” in a video on an Instagram story showing Guerrero massaging Edelman’s leg. In November, while promoting his book, Edelman told WEEI that he’d been rehabbing his ACL tear at Brady and Guerrero’s TB12 training facility near Gillette Stadium. “I am a huge advocate of it,” Edelman told WEEI.

Together, Brady and Guerrero developed the TB12 Method, a training regimen focused on pliability as a way to prevent injuries. Because Brady has so much influence in New England, teammates like Edelman, Rob Gronkowski and Chris Hogan have become converts to their quarterback’s alternative training program. Parts of Guerrero and Brady’s method conflict with traditional NFL strength training programs, resulting in a power struggle between the quarterback’s and the team’s philosophies.

In a statement to The MMQB’s Albert Breer, Guerrero denied TB12 having any role in Edelman’s violation and added that “anyone who would suggest otherwise is irresponsible and just plain wrong.” Still, the connection threatens to widen fissures in the Patriots organization.

NOW ON THE MMQB: Albert Breer on business as usual at Patriots mini-camp… Jonathan Jones predicts the 2018 record of every NFL team.

WHAT YOU MAY HAVE MISSED: Yours truly on Rob Gronkowski, part-owner of a Belmont racehorse named after him… Ben Baskin on Davis Webb, Giants quarterback-in-waiting… Andy Benoit on what to expect from Mitchell Trubisky in his first year under new Bears coach Matt Nagy.

2. Tim Furlong of NBC Philadelphia was at Trump’s White House celebration, hosted without the Eagles. A White House statement said that Eagles fans were still welcome at the event, but Furlong could not find anyone in the crowd who would qualify as an Eagles fan.

3. The Pro Football Hall of Fame is “disappointed” by Terrell Owens “unprecedented” decision to not participate in the enshrinement ceremony.

6. Four members of Congress from Illinois sent a letter to the Bears criticizing the team and the NFL for the new anthem policy.

7. Ben Roethlisberger says that Steeler backup quarterbacks “were thanking” him for the extra reps they got at OTAs while he was away on a family vacation.

8. Ryan Shazier held his first press conference since his spine injury. His goal is to play football again.

9. A year and a half after surgery, we’re still waiting for Andrew Luck to throw a football. Colts coach Frank Reich says, “I think we’re real close.”