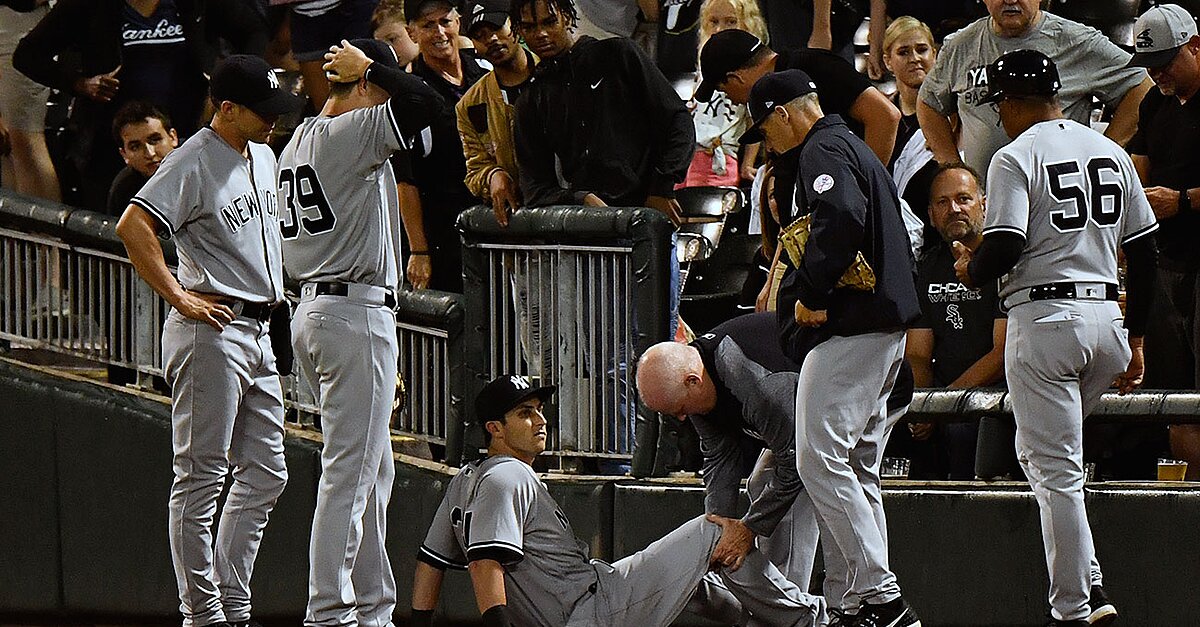 Dustin Fowler was injured in the first inning of his Major League debut.

Dustin Fowler has been called up to the Oakland Athletics less than a year after he was carted off the field with a tear of his right patellar tendon in his major league debut, the team announced.

Fowler was a member of the New York Yankees at the time and ran into a wall trying to catch a foul ball in right field in the first inning of a game on June 29 against the Chicago White Sox. Fowler collided with a metal electrical box and was taken to a nearby hospital. He was taken out of the game before he could make his first career at-bat.

Fowler was traded before the trade deadline in a deal that sent starting pitcher Sonny Gray to the Bronx.

MLB listed Fowler as the A’s No. 5 prospect and No. 99 in the league. He worked his way back with the Nashville Sounds and got the promotion on Wednesday when the A’s placed Trevor Cahill on the 10-day disabled list.

Fowler is not in the A’s lineup for Wednesday so there is a chance that he could make his debut for the A’s when they face the Yankees at Yankee Stadium this weekend. Gray will take the mound on Friday night.