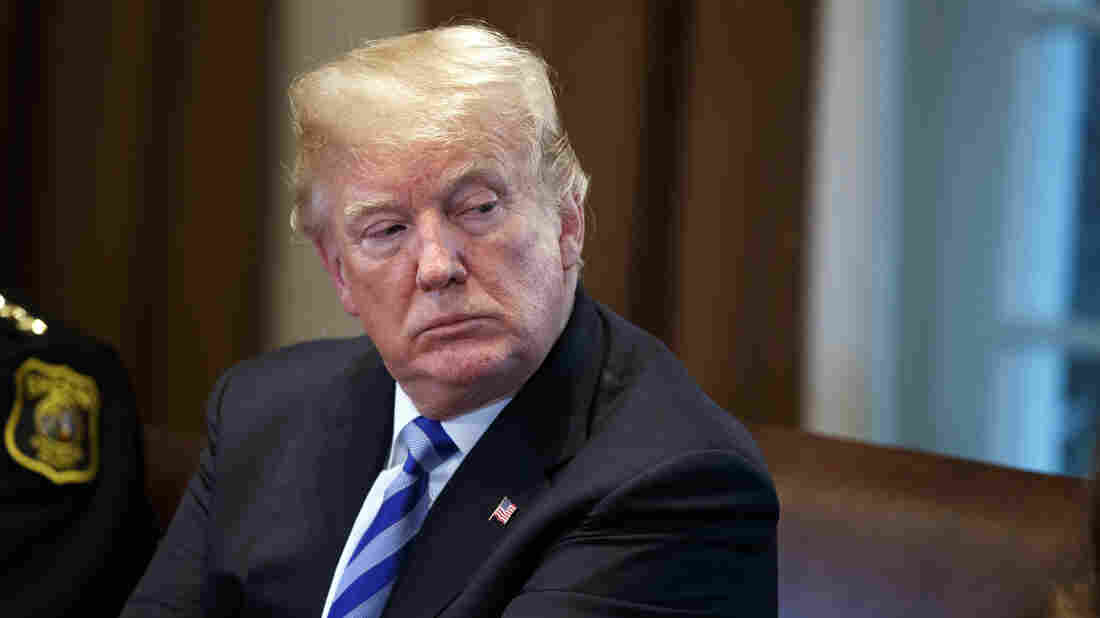 President Donald Trump listens during a roundtable on immigration policy in California, in the Cabinet Room of the White House, on Wednesday. Evan Vucci/AP hide caption 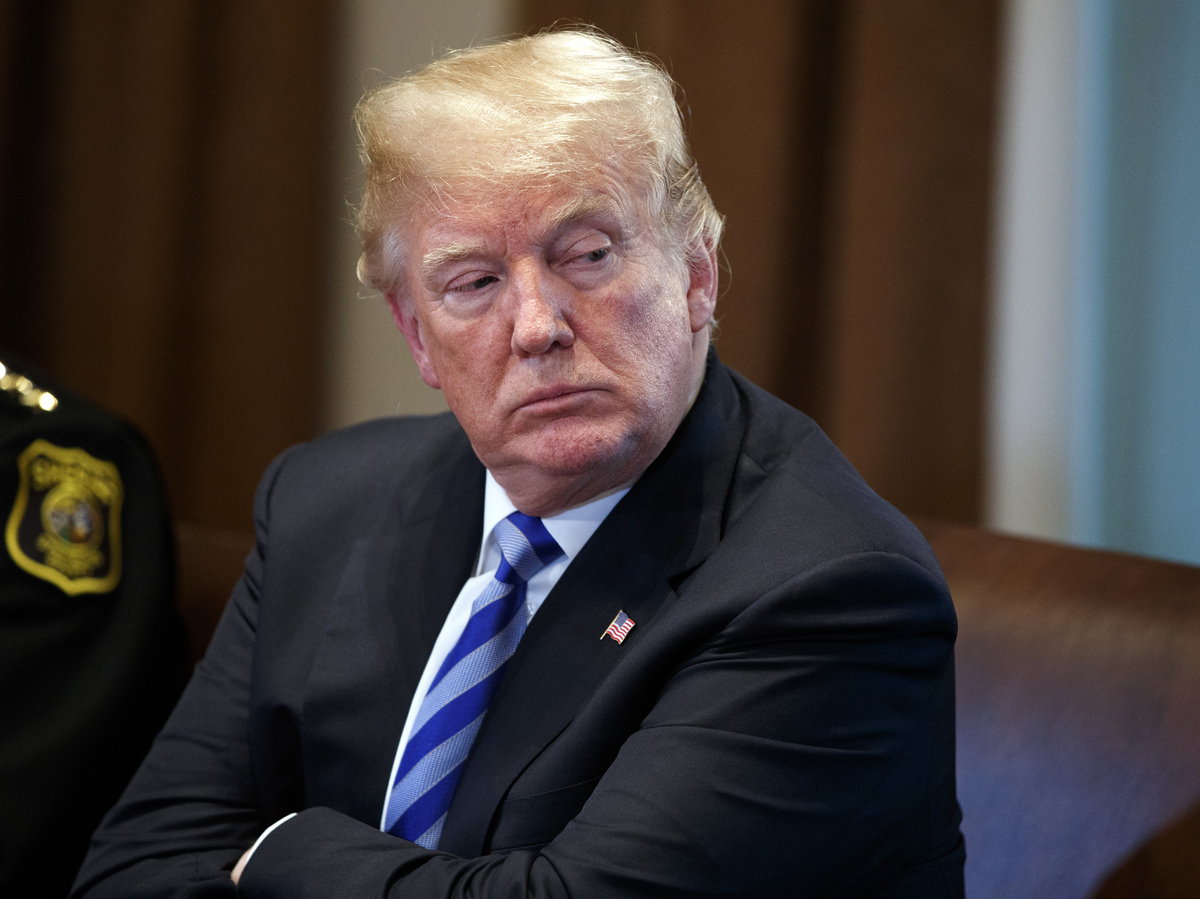 President Donald Trump listens during a roundtable on immigration policy in California, in the Cabinet Room of the White House, on Wednesday.

President Trump, speaking on Wednesday to a gathering of officials from California who oppose the state’s “sanctuary” law, compared some people who illegally cross the U.S. southern border to “animals.”

Trump’s response: “We have people coming into the country — or trying to come in, we’re stopping a lot of them — but we’re taking people out of the country, you wouldn’t believe how bad these people are. These aren’t people. These are animals,” the president said.

The president thanked attendees at the roundtable who he said had “bravely resisted California’s deadly and unconstitutional sanctuary state laws.”

“[The] release of illegal immigrant criminals, drug dealers, gang members and violent predators into your communities” and providing “safe harbor to some of the most vicious and violent offenders on earth,” the president said.

Gov. Brown tweeted out later that the president “is lying on immigration, lying about crime and lying about the laws of CA.”

🤥 @realDonaldTrump is lying on immigration, lying about crime and lying about the laws of CA. Flying in a dozen Republican politicians to flatter him and praise his reckless policies changes nothing. We, the citizens of the fifth largest economy in the world, are not impressed.

As The Associated Press notes, “Brown insists the legislation, which took effect Jan. 1, doesn’t prevent federal immigration officials from doing their jobs. But the Trump administration has sued to reverse it, calling the policies unconstitutional and dangerous. Some counties, including San Diego and Orange, have voted to support the lawsuit or passed their own anti-sanctuary resolutions.”

Despite evidence to the contrary, Trump has repeatedly insisted that illegal immigration to the U.S. is contributing to a wave of crime. During the 2016 campaign, he famously referred to immigrants from Mexico as “bad hombres” and said most were “drug dealers, criminals, rapists.”

Citing one study conducted by four universities, The New York Times wrote in March that data show, “a large majority of the [metropolitan] areas have many more immigrants today than they did in 1980 and fewer violent crimes. The Marshall Project extended the study’s data up to 2016, showing that crime fell more often than it rose even as immigrant populations grew almost across the board.”

According to the Times, “In 136 metro areas, almost 70 percent of those studied, the immigrant population increased between 1980 and 2016 while crime stayed stable or fell. The number of areas where crime and immigration both increased was much lower — 54 areas, slightly more than a quarter of the total. The 10 places with the largest increases in immigrants all had lower levels of crime in 2016 than in 1980.”