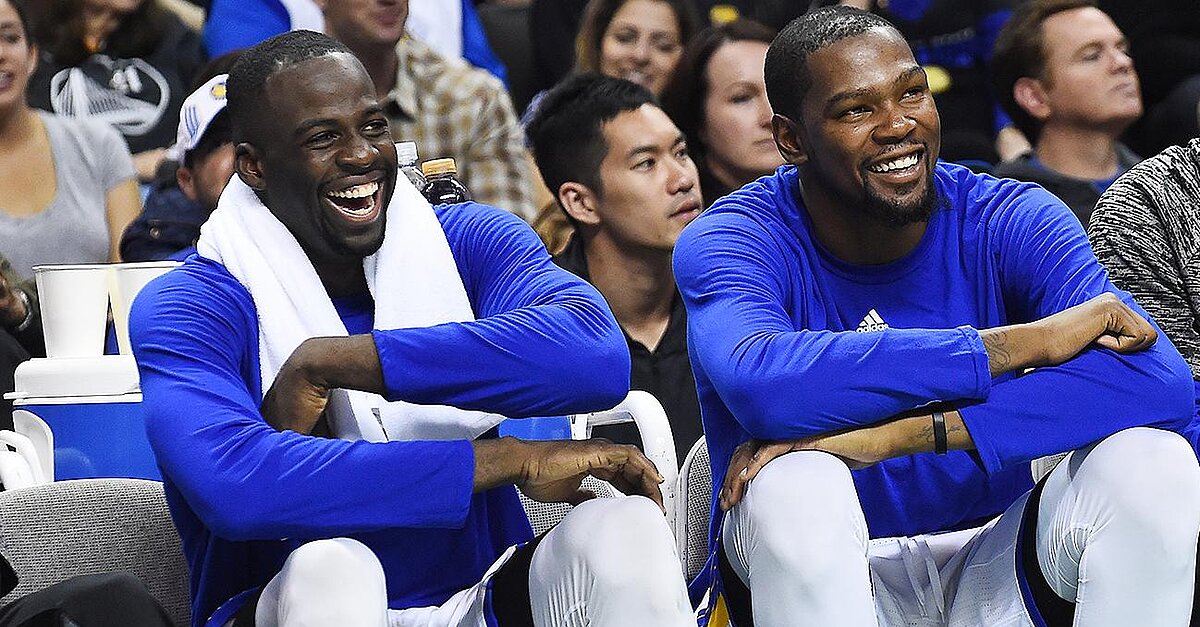 After the Warriors’ Game 3 loss against New Orleans, Green challenged Durant to be more aggressive.

Draymond Green is an emotional player. And often times, that’s what makes him so great.

After the Warriors suffered a blow out loss to the Pelicans in Game 3 of the Western Conference semifinals, Green told ESPN he stayed up watching film all night.

“I can’t sleep when we lose like that,” Green said.

Green got so upset that he decided to text Kevin Durant, who scored just 22 points on 8-of-18 shooting in the 19-point loss.

“I just challenged him to be who he is. I had to tell him,” Green told ESPN. “I didn’t see him attacking or being aggressive enough on both ends of the floor like we need him to be. You know, I don’t hold back. When I see something’s wrong, I have to voice my opinion. There were no hard feelings. We’re just trying to win a ballgame.”

Green sent the message at 4 a.m.. When Durant woke up, he replied with three simple words: “I got you.”

“In short, [Green] said don’t worry about s— else but playing with force and being aggressive,” Durant said. “And I tried to do that as much as possible today. I wasn’t aggressive in Game 3, and I knew that. It’s good to know that teammates got your back. It was good to hear that from him.”

“What we saw from him today, that’s what we need,” Green said. “He was engaged and scoring all over the place. He was changing the game. That’s the impact he has when he’s playing aggressive out there for us. That’s what I love seeing.”

As the Warriors move towards their fourth straight Finals appearance, small motivators like Green can prove to be crucial.