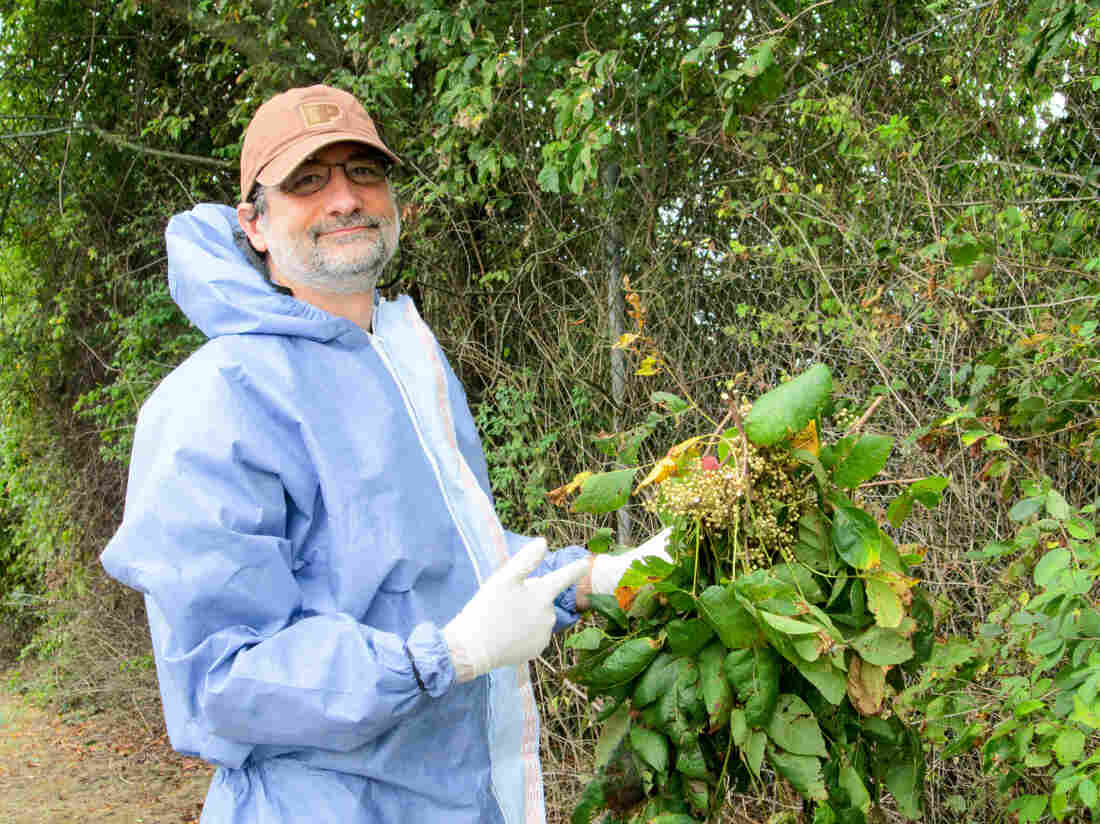 Microbiologist John Jelesko has learned not to take any chances when he touches poison ivy. Courtesy of John Jelesko hide caption 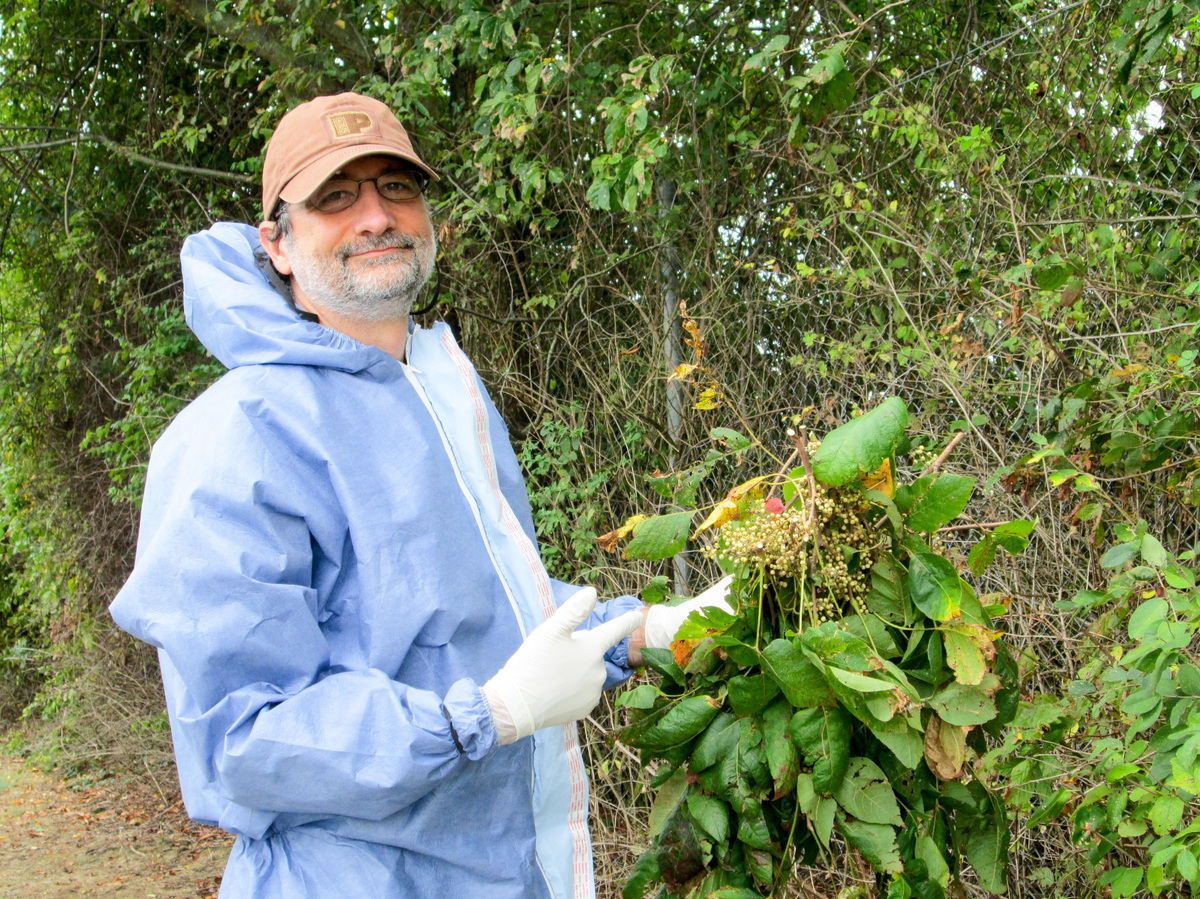 Microbiologist John Jelesko has learned not to take any chances when he touches poison ivy.

It was a close encounter in 2012 that made microbiologist John Jelesko take an interest in poison ivy.

The Virginia Tech professor was cutting up a downed tree with an electric chainsaw. What he didn’t realize was that his power cable had been dragging through poison ivy. So at the end of the day, as he coiled the cord around his palm and elbow, he inadvertently launched a career-bending science experiment.

“Within 48 hours, I had your classic case of poison ivy on my arm. And as a scientist, I said, ‘This is interesting, how bad can it be? I’ll just leave this untreated,’ ” he recalls, sheepishly. “In about two weeks, I had learned just how uncomfortable poison ivy rash could be.”

Uncomfortable sounds like an understatement. Jelesko says he barely slept while fighting the urge to “claw my itching flesh off.” Eventually, he went to his family doctor who prescribed oral steroids.

The experience sparked years of research into a plant he calls a “familiar stranger.” He’s studied the chemical, urushiol, that triggers that tell-tale rash, and the plant’s biology overall. The tricky thing about avoiding poison ivy, Jelesko says, is the plant is highly adaptable and can take many different forms in different environments.

“It’s remarkable,” he says, with a laugh. “There’s just an enormous amount of things with this plant that are currently unknown.”

Here he offers insights into how to recognize Toxicodendron radicans (the plant’s scientific name) before you risk touching it — and what to do when it’s too late.

The axiom, “leaves of three, let it be,” is accurate, says Jelesko, but those leaves can come in many shapes, even on the same plant. You’re safe if the plant has thorns — poison ivy doesn’t, but it does sometimes have little pale green berries.

All four of these leaves are the same pesky plant. Poison ivy leaves can have smooth, jagged or lobed edges. 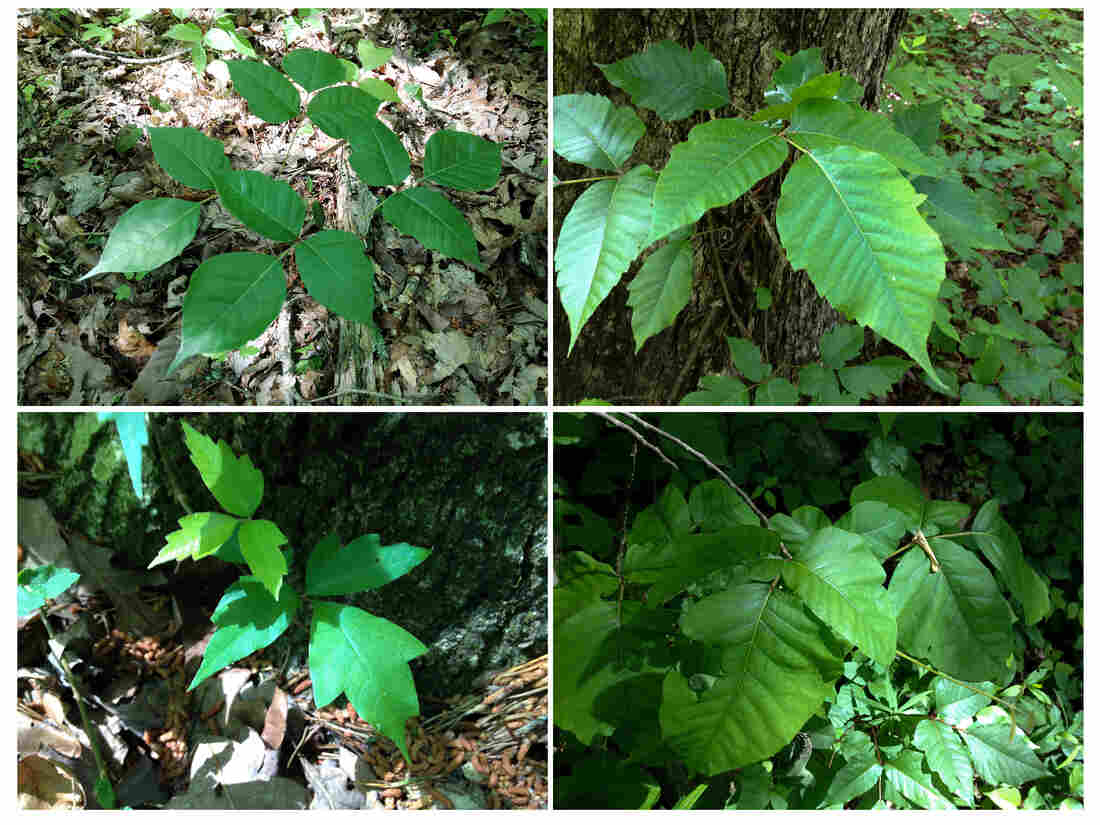 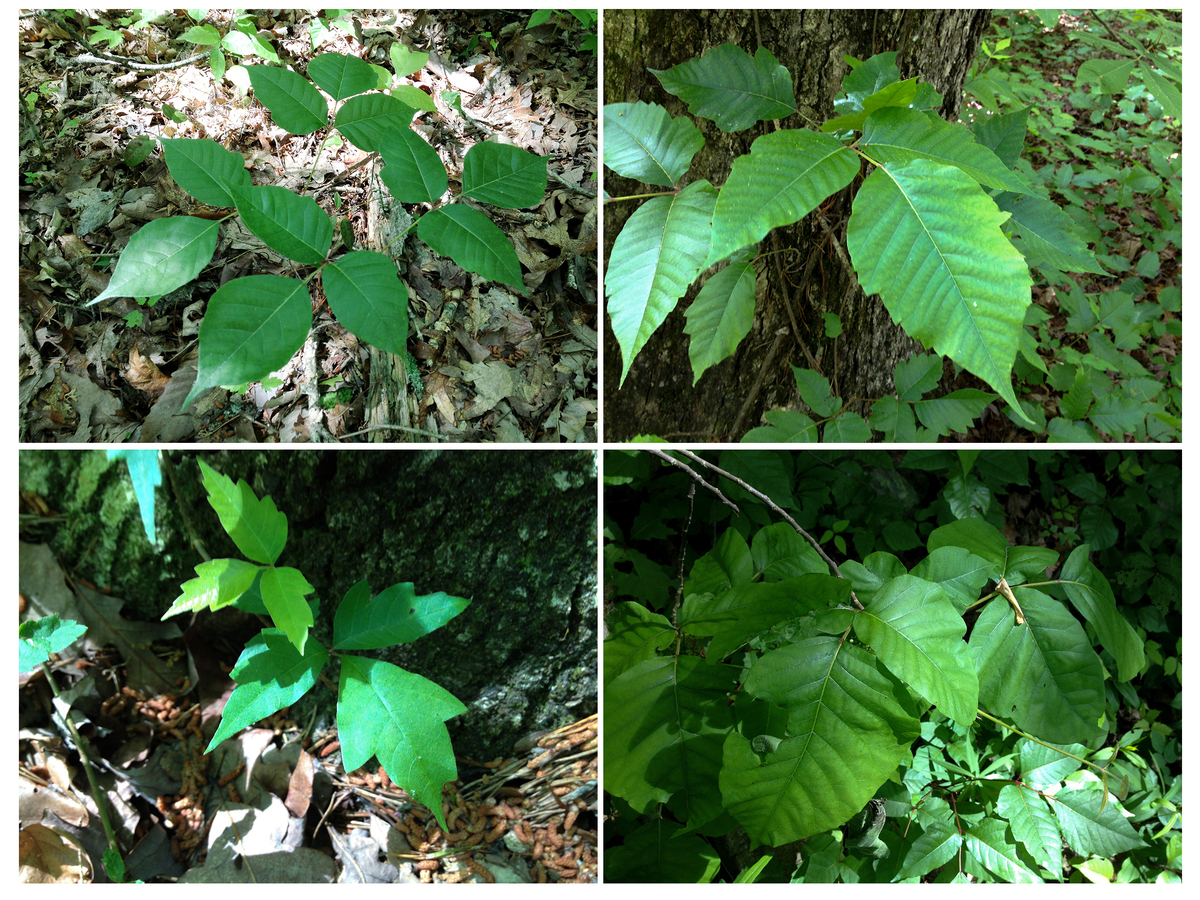 (From top left clockwise) Poison ivy with smooth edges; jagged edges; notched leaves; round leaves. All pictures were taken on a trail in a state park on Tennessee’s Cumberland Plateau.

Another tricky feature of the species that can trip up passersby: Poison ivy plants can grow in many shapes and sizes. When mature vines climb up a tree, their shape can even mimic that of the host tree. Simply pushing aside an innocent-seeming branch could make you pay a few days later when the rash begins to well up.

Jelesko’s latest research, which is not yet published, finds that, in cities, poison ivy tends to grow as a climbing vine, whereas out in the forest, most of the plants are ground-creeping vines. And poison ivy is much more prevalent in “landscapes modified by humans” than out in the middle of the woods.

What to do when the tricky plant wins…

If you think you’ve touched a plant, or unfortunately know you have, follow these tips to alleviate the problem. Of course, prevention is the best route. John Jelesko now donns a Tyvek suit and two pairs of gloves when he’s wallowing in poison ivy.

And just in case you weren’t disturbed enough by the proliferation of this itch-inducing vine, behold and be amazed by this king of the forest, a vine that’s truly awe-inspiring in size. Happy hiking!

This story is part of a reporting partnership with NPR, Nashville Public Radio and Kaiser Health News. You can find Blake Farmer at @flakebarmer on Twitter.