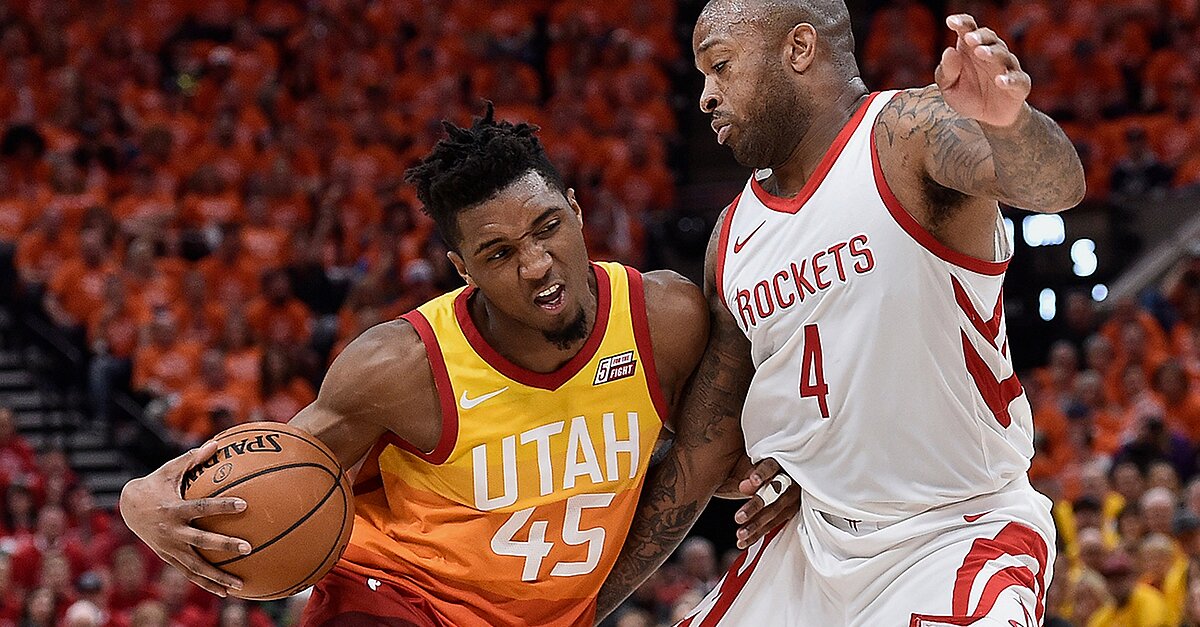 As far as statement wins go, Houston was practically screaming in Utah’s face Friday night. The Rockets dominated the Jazz 113–92 to take a 2–1 lead in their best-of-seven series. Houston led by as many as 38 points in the contest, which was a blowout from nearly start to finish. While the Rockets’ offensive execution was crisp all night, it was arguably their defense that was most impressive in the victory.

Utah’s Game 2 win was always a little bit of a mirage. The Jazz played at a much faster pace than they did during the regular season, and shot out of their minds from both three and the field. Simply put, Utah won playing Houston’s style of game, and it didn’t seem like an easily replicable formula moving forward.

On Friday, Houston performed on defense like it did for much of the regular season, when it was the sixth-best group in the NBA. Clint Capela was especially a terror, blocking four shots and altering numerous other attempts at the rim. Capela was energetic and engaged throughout the night, and his presence robbed the Jazz of any easy looks in the paint. Utah never quite got going inside. Remarkably, nobody in the Jazz’s starting five attempted a free throw, a side effect of the offense being forced to work mostly on the perimeter. Utah shot only 52.6% on attempts within five feet of the hoop Friday. (The Jazz connected on 71.9% of such attempts in Game 2.)

The Rockets’ offense actually helped their defense as well. Houston only turned the ball over seven times Friday, with Chris Paul and James Harden combining for four of those. With Houston limiting giveaways, the Jazz couldn’t initiate quick offense and find easy points in semi-transition. Those kinds of looks are particularly important when the Rockets’ half-court defense is locked in. With Joe Ingles smothered on the outside and Donovan Mitchell perhaps being asked to do too much, Utah had no chance at keeping up with Houston.

Mitchell struggled mightily Friday, playing his worst game of the postseason. The precocious rookie scored only 10 points, with three turnovers canceling out his three assists. Mitchell shot 4-of-16 from the field, never quite catching a rhythm in the face of long-armed defenders. As the deficit grew in the second quarter, Mitchell and the Jazz tried to play faster to catch up, but the increased pace ultimately helped the Rockets more than their opponent.

Houston built its big lead in part by chucking up threes and working its way to the free-throw line. Interestingly, the Rockets also found some looks in the midrange Friday. Normally the scourge of Mike D’Antoni’s existence, the Rockets were a little more content with pull-up looks further from the rim in Game 3. With Rudy Gobert patrolling the paint, the strategy makes sense, especially when Paul and Harden are the ones penetrating the lane. It’s not quite a series-defining adjustment, but it does show the Rockets are willing to be flexible despite their immense offensive success.

The Rockets are going to be a threat to put up all kinds of crooked numbers no matter who they face in the playoffs. What makes this Houston team seemingly more dangerous than past iterations is a defense that’s truly worthy of a championship contender. We saw what makes the Rockets scary on that end Friday—crisp rotations, versatile wings and elite rim protection. It’s easy to get caught up in the threes or the Harden isolations, but if Houston hopes to make the Finals, it will need its defense to put together performances like Friday’s.