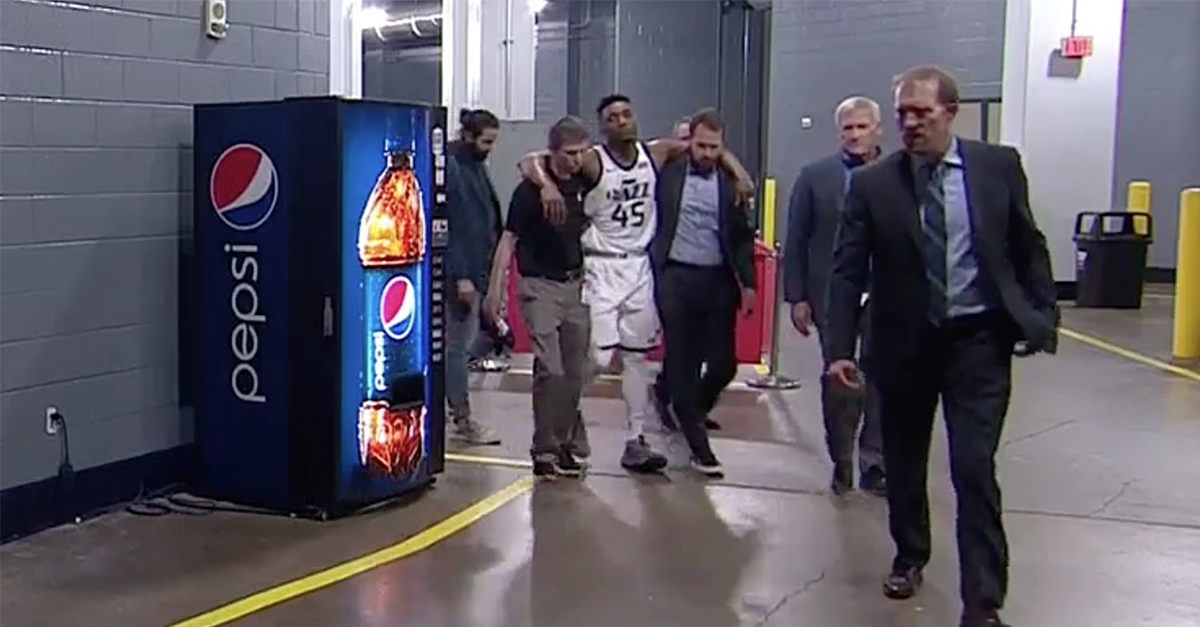 The Jazz’s Donovan Mitchell was injured in the fourth quarter and had to leave the court against the Rockets in Game 5.

The Jazz’s Donovan Mitchell was injured in the fourth quarter in Utah’s 112–102 loss to the Rockets in Game 5 of their second-round playoff series.

The rookie had to be helped to the locker room after colliding knees with James Harden while he attempted to drive past him.

TNT’s Kristen Ledlow reported that he was truing to walk off the injury, and Mitchell made his way back to the court with just over a minute left in the game. Mitchell came back to the bench but had removed his basketball shoes, and he didn’t come back to the game.

Here’s all 22 points Mitchell scored in the third quarter.

The Rockets advanced to the Conference Final with the win, and the team will face either the Warriors or the Pelicans.