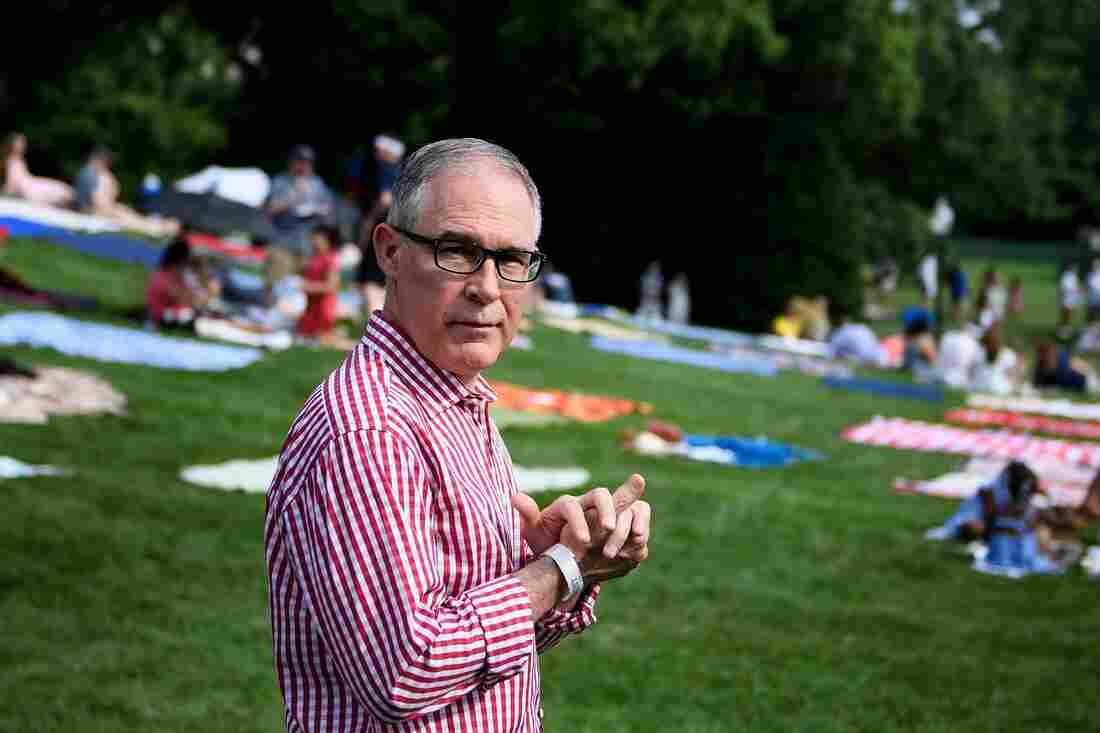 Scott Pruitt attends a picnic for military families at the White House on July 4, a day before he was forced out of as head of the Environmental Protection Agency for various alleged ethical lapses. Brendan Smialowski /AFP/Getty Images hide caption 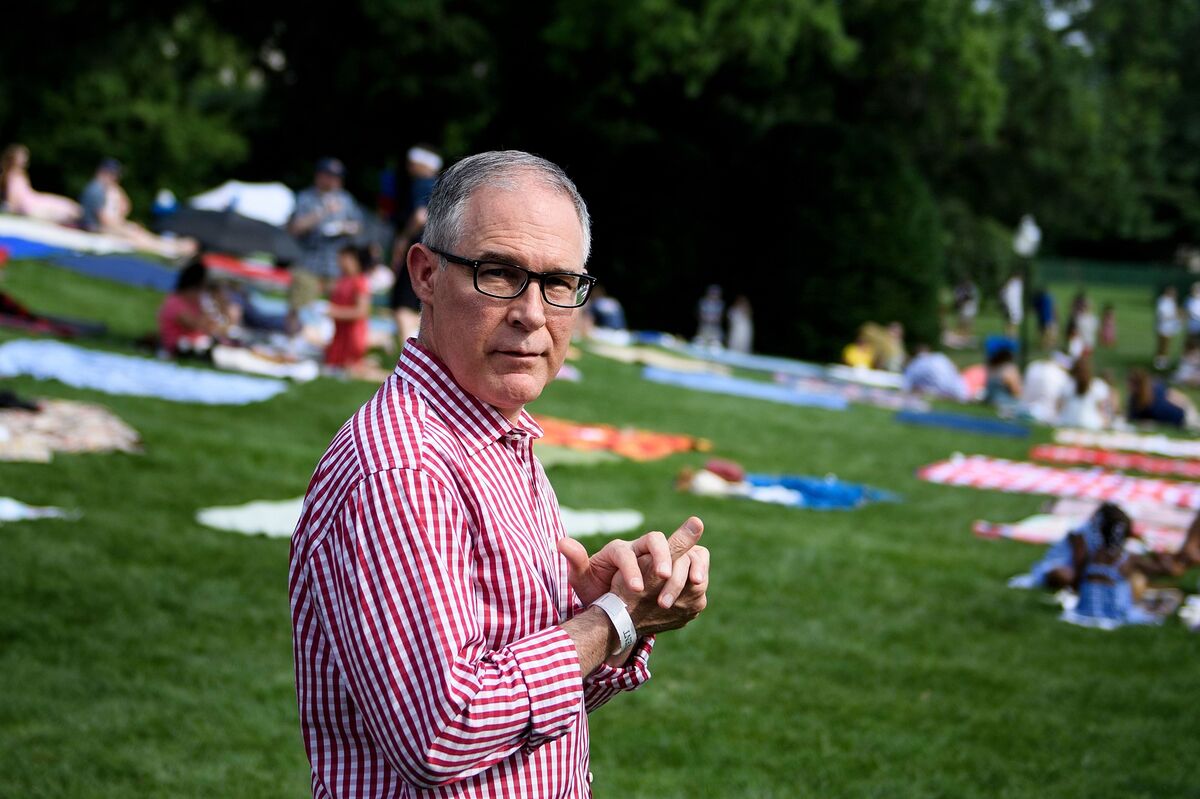 Scott Pruitt attends a picnic for military families at the White House on July 4, a day before he was forced out of as head of the Environmental Protection Agency for various alleged ethical lapses.

By the time Scott Pruitt resigned, his conduct as administrator of the Environmental Protection Agency had become the subject of 12 to 18 investigations, audits and inquiries. It’s hard to know the precise number, as only some of the cases are public, but Pruitt may have set some kind of ethics-in-government record.

Ethics advocates are asking how he stayed long enough to trigger that many probes.

“I think we really do have a dysfunctional ethics system,” Washington ethics lawyer Larry Noble told NPR. He said Pruitt was enabled by President Trump, who is committed to reining in the EPA but cares little about ethics.

None of the cases involve Pruitt’s policy decisions, which aim to halt or reverse many EPA programs. Rather, the problems lie in allegations that over many months, he misused federal funds and federal employees, had undisclosed and improper contacts with lobbyists, and retaliated against whistleblowers.

Noble said Trump has mostly ignored the federal ethics system, which depends heavily on what ethics officials call “tone at the top.” Since Trump’s inauguration, three Cabinet members have had to resign due to ethical issues while multiple other Cabinet members and top officials have faced ethics complaints.

Not everyone buys into this analysis. Eric Wang, who practices election and government ethics law for the firm Wiley Rein, said the Pruitt case is a display of Washington power politics and doesn’t signal a breakdown in ethics.

“I think the state of the ethics laws in our country is strong, and I think Scott Pruitt’s resignation and the controversy surrounding the allegations against him demonstrate that,” Wang said in an interview.

He said Democrats initially tried to oust Pruitt “based solely on his policy agenda, of course, which the White House and Republican lawmakers strongly supported.” After that failed, he said, “they looked to these other issues, these personal issues, these ethics issues, to really force Republicans to put pressure on him to step down.”

It wasn’t just Democrats pressuring Pruitt. President Trump himself may have gotten fed up with the accounts of Pruitt’s problems.

“Scott Pruitt’s misdeeds came to light for a number of reasons. One of those is the fact that his own political aides, at various points, had had enough,” said Don Fox, who was acting director of the Office of Government Ethics between 2011 and 2013.

Now the ethics system needs need some fixing up, Fox said in an interview. “I think the rebuilding will come with — honestly, with different leadership.”

At EPA, that would mean a new administrator with a commitment to ethics.
But actually, Fox said, the whole executive branch needs help.

“It’s going to take different leadership at the top,” he said. “And that means a different occupant in the White House, who takes government ethics, frankly, as seriously as President Obama did, or as President [George W.] Bush did before him.”

Meanwhile, Trump family businesses are still active overseas, raising questions about potential conflicts of interest at the White House. Fox said, “I think that some of that has gotten lost in the news cycle with the almost daily revelations of ‘What has Scott Pruitt done now?'”

He said that without Pruitt or some other distraction, the big questions about Trump enterprises might get more attention.