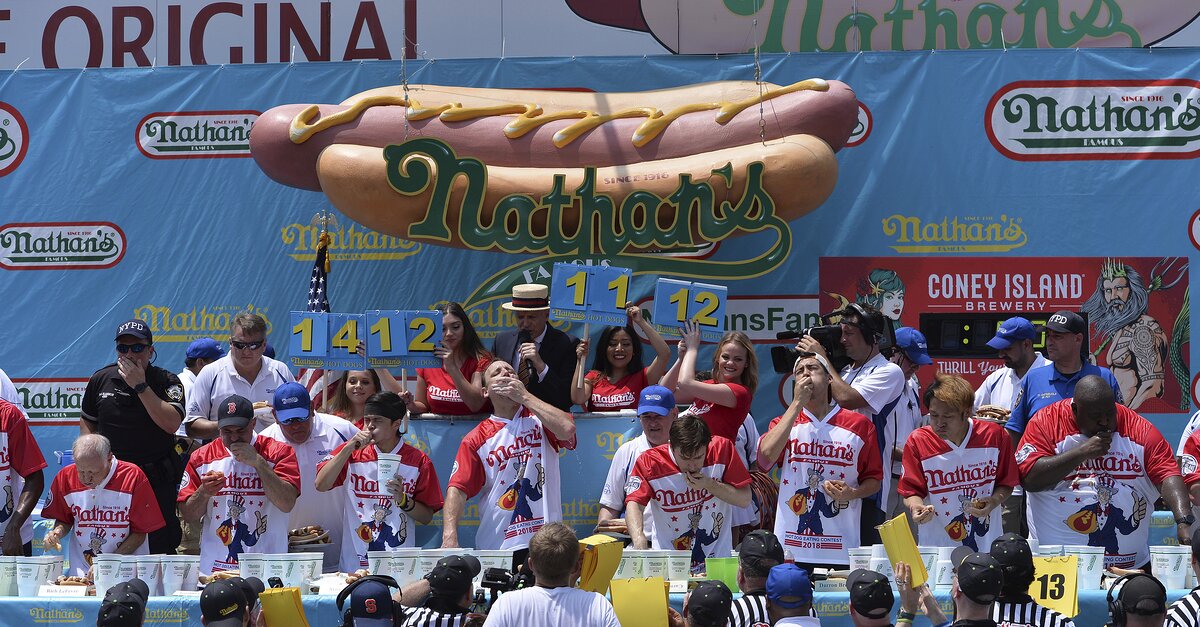 A miscount at Wednesday’s contest originally tallied winner Joey Chestnut’s count at 64 hot dogs and buns instead of 74.

It was a mistake that shook America on Independence Day. After a miscount was discovered at the Nathan’s Famous Hot Dog Eating Contest on Wednesday, Major League Eating is considering using technology to count the number of hot dogs and buns consumed, according to ESPN.

Rich Shea, the president of Major League Eating, which puts on the contest, said the mistake might warrant changes for future counting procedures.

“Yesterday’s incident might be the impetus to bring competitive eating into the digital age,” Shea told ESPN.

Winner Joey Chestnut set a new record on Wednesday by eating 74 hot dogs and buns, but Chestnut was originally credited with only eating 64. Someone realized two empty plates of Chestnut’s were not counted, reports ESPN. Competitor Carmen Cincotti was also credited with eating 45 hot dogs, until it was discovered that he had consumed 64.

Shea is currently uncertain about what type of technology can be used to tally hot dogs and buns.

“I doubt we can put a microchip in the tongue or in the esophagus,” Shea said. “Some sort of monitoring associated with the plate weight would be more practical.”

He went on to say that using technology could allow for less people on stage during the contest, which could help reduce “confusion.”